With Shenzhen’s tough, new regulations proposed for the sale and consumption of exotic meats ⁠— from animals wild, bred or reared as pets — restaurateurs fear they will have to close their speciality restaurants offering unusual delicacies. Others worry that the heritage of Cantonese cuisine will be lost. Guangzhou-based Lianhe Zaobao reporter Zeng Shi takes a closer look at the issue. 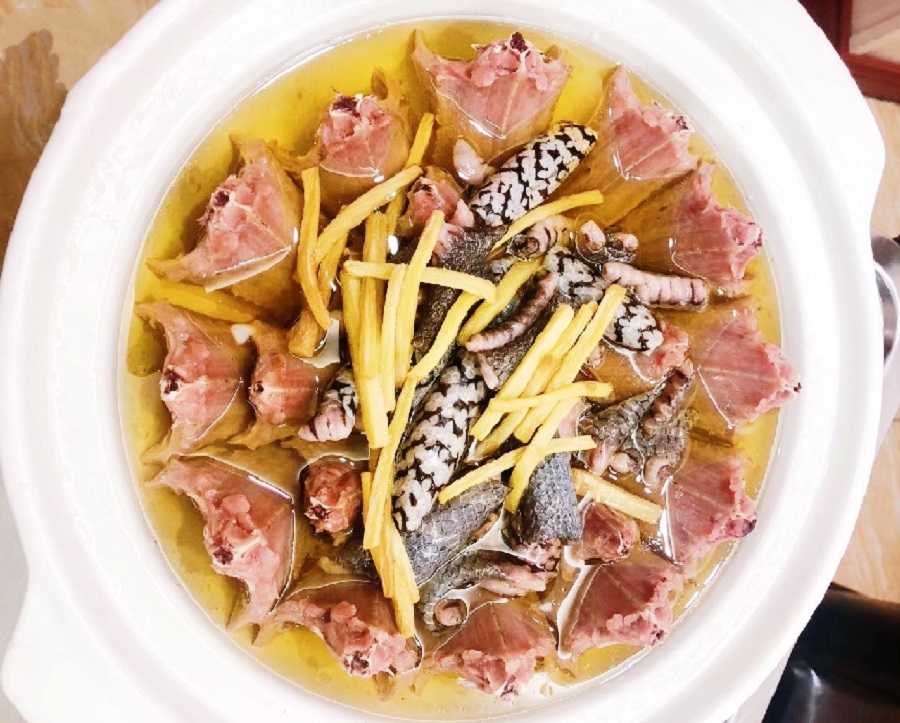 Grace Chong - 5 April 2021
History shows that whether it was the Korean or Vietnam War, or the later military campaigns in Iraq or Afghanistan, the US rarely won the war as it was simply not their war to fight. With little real skin in the game, their opponents fighting tooth and nail for their homeland often got the upper hand despite being much weaker. Can the Taiwan case, if ever any skirmishes break out, be any different?
Read more

Grace Chong - 5 April 2021
Associate Professor Wu Guo analyses reactions from the Chinese American community to the recent spike in anti-Asian hate crime. He sees a clear distinction between those who see these acts as racially motivated, and those who feel that they should be taken as crimes against public safety and leave it to the police. Interestingly, the debates show that the Chinese themselves may hold certain prejudices against other ethnic groups in the US. Amid the increasing complexity of ethnic relations in the US, what steps can the Asian community take to protect their rights?
Read more
Translated by Grace Chong on 28 February 2020

Snake soup, snake bile stew with fritillaria cirrhosa (川贝, a medicinal herb), and softshell turtle stew. These are just some of the traditional Guangdong delicacies that gourmets may have to say goodbye to in the future.

On 25 February, Shenzhen issued a draft regulation on the consumption of wild animals, blacklisting animals such as snakes, frogs, and softshell turtles. Industry experts say that if the ban is imposed, speciality restaurants serving these dishes will be obliterated.

...there are thousands of bullfrog speciality restaurants in Shenzhen alone, and that there are at least 100,000 employees’ livelihoods at stake.

The draft regulation also includes a whitelist of animals not affected by the possible ban: livestock and poultry such as pigs, cows, sheep, donkeys, rabbits, chickens, ducks, geese, and pigeons, as well as aquatic animals not prohibited by law. Artificially bred and reared wild animals with no guarantee of being safe for consumption — turtles, softshell turtles, birds, insects — are excluded from the whitelist. Additionally, pet dogs, pet cats, and laboratory animals are also blacklisted.

In Guangdong, softshell turtles and snakes are considered nourishing ingredients. The consumption of bullfrogs is also a common practice. Luo Qing, founder of bullfrog speciality restaurant Walaida (蛙来哒), was quoted by Shenzhen Special Zone Daily as saying that there are thousands of bullfrog speciality restaurants in Shenzhen alone, and that there are at least 100,000 employees’ livelihoods at stake. The entire industry would be dealt a big blow should a ban be imposed.

Wang Guohui, director of Guangzhou Rongji Catering (榕记), a company specialising in snake banquets, told Lianhe Zaobao that snake meat gets rid of wind in the body and helps with rheumatism. Many people in Guangdong suffer from rheumatism due to the weather, perhaps accounting for the tradition of snake-eating there. He added that Rongji, branded as a snake speciality restaurant, has been established for 16 years and has roughly 50 branches in Guangdong. Over 20 new branches were opened in 2019 alone.

The majority of them have just been lifted out of poverty via this industry and a large volume of stock is available there. Consequences will be unimaginable if snakes are banned.

As a preventive measure against Covid-19, Rongji suspended its operations on 23 January, the day of Wuhan’s lockdown. In accordance with recent guidelines, other restaurants have gradually reopened, but Rongji remained closed up until now.

Wang said that his business could still recover if it was only a matter of temporary closure. However, as Rongji is a speciality restaurant, if the consumption of snakes is banned, “the company will definitely collapse”.

Apart from the food and beverages industry, the ban on wildlife consumption affects industries responsible for breeding edible wildlife as well. Wang pointed out that the breeding of snakes has recently become part of poverty alleviation projects in some areas. Taking Rongji as an example, its supply of snakes mainly comes from Guangxi, where approximately 150,000 people work in the snake-breeding industry. The majority of them have just been lifted out of poverty via this industry and a large volume of stock is available there. Consequences will be unimaginable if snakes are banned.

Singapore food critic Joyce Lee told Lianhe Zaobao in an interview that restaurants and breeders will undoubtedly be severely affected if the sale and consumption of wildlife are banned before the origin of Covid-19 is identified. She suggested local governments take this into consideration and come up with a compensation policy accordingly.

Not everyone is for the ban

In light of the Covid-19 outbreak, most but not all Chinese people agree to the ban on the consumption of wildlife. 38-year-old Shenzhen resident Xu Jun told Lianhe Zaobao that people in Guangdong are already used to eating snakes, frogs, and softshell turtles. To impose a sudden ban on such consumption is an overreaction. He asked, “If we find a new virus originating from pigs, ducks, chickens, and fish in the future, are we going to ban them then?”

The official WeChat account of sznews.com (深圳新闻网) did a poll on the draft regulation of over 20,000 respondents. As of yesterday (27 February), 18% felt that consuming bullfrogs was acceptable, while 15% approved of eating softshell turtles. 5% each of respondents agreed that snakes and dogs could be eaten. Most netizens are in favour of Shenzhen’s draft regulation and hope that it can be implemented soon.

As reported in Lianhe Zaobao today, China has ramped up its efforts in clamping down on the poaching and over-consumption of wildlife. Over the past month and more, close to 130,000 wild animals have been turned over to the authorities.

The State Forestry and Grassland Administration revealed yesterday that as of 26 February, over 350,000 markets and restaurants have been checked and cleaned up, with over 39,000 wildlife confiscated. According to statistics from the Ministry of Public Security, 88,000 wildlife have been confiscated by the police since the beginning of the outbreak.

On 24 February, the Standing Committee of the National People's Congress decided to impose a ban on illegal wildlife trade and consumption of wild animals, including artificially bred terrestrial wildlife.

The classification of artificially bred animals as wild game will directly impact the operations of breeders. This week, the Shennongjia Forestry District in Hubei has banned 14 wildlife breeding grounds. Only 19 premises used for scientific research purposes are allowed to continue operating. “Huanong Brothers (华农兄弟)”, internet celebrities who post videos on breeding and cooking bamboo rats have also stopped uploading videos in the past month. Some netizens even commented, “Stop breeding bamboo rats. It is safer to rear pigs.”

Related Readings: Why it is hard to keep game meat off the table | Wuhan coronavirus: The search for a permanent solution