Taiwanese art historian: How should I meet my mother in the afterlife — as a child, an adult or an old man?

Time passes but our memories stand still. If all we want in life is to be understood, how lucky we are if we have someone to see us through our many faces and phases. Even if we part, if we see with our hearts, muses Chiang Hsun, we’re sure to recognise each other when we meet again. 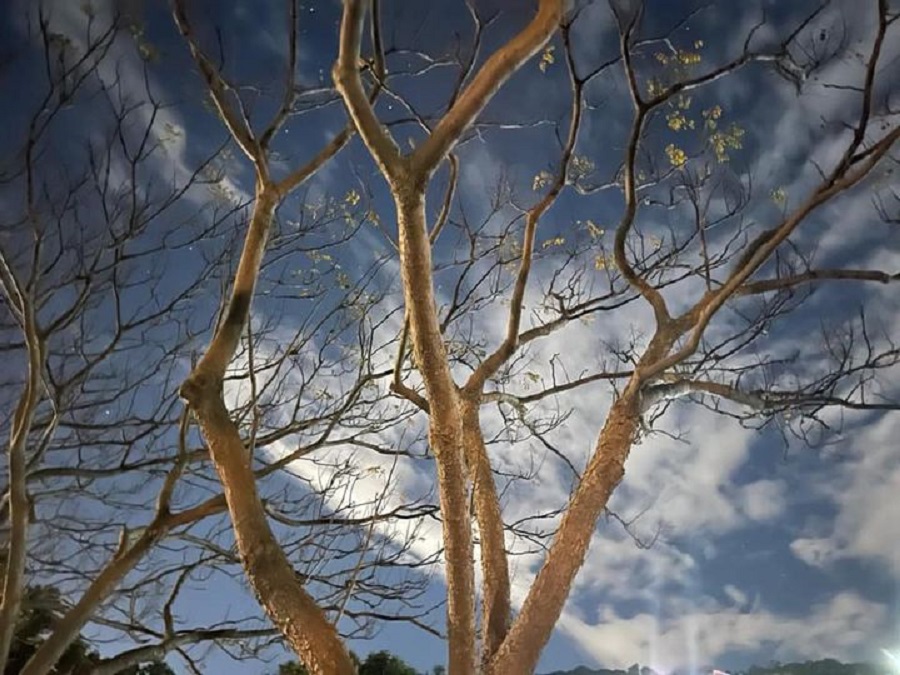 A bald winter tree along the river. (Facebook/蔣勳)

Grace Chong - 23 September 2022
While Chinese President Xi Jinping is likely to secure a third term at the 20th Party Congress, Loro Horta recalls the saying that one should “be careful what you wish for”. The road ahead in his third term looks to be fraught with challenges, both domestically and externally. This is the first in a series of four articles on President Xi Jinping and the road ahead.
Read more
Translated by Grace Chong on 1 February 2021

After the cold spell passed, the skies suddenly cleared.

They remained clear the entire day. People walked along the river and basked in the sun; they continued strolling even when night fell. The winter trees extended their bald branches, spreading them out like wings, as if they were going to fly away and chase after dancing clouds in the sky.

The tree has no flowers or leaves. But the man is familiar with the trees by the river because he has watched them over many years. He recognises the rain tree, the chinaberry tree; he remembers when they sprout new leaves and when their flowers bloom; he knows when they bear fruit and when their leaves start to fall. A tree needs to be seen through its different guises over the seasons, just like a person needs to be fully seen as well. Can we recognise and love the different faces of a person from his youth to old age? After all, it is hard to engrave someone in your memory if you only take in their superficial, youthful appearance.

When a female author lived to be almost a hundred years old, she knew that death was looming. But she was not afraid; in fact, she was rather happy. She knew she would soon be reunited with her dear husband who had passed away a long time ago. But then she grew worried again — she did not know which face of hers she should present when she appeared before her beloved. Both their appearances had changed a lot — from the time that they dated one another in their youth, got married, had children, and after they spent over half a century of their lives together.

Indeed, if I were to meet Mother one day, how should I meet her? What do I look like in her memory?

Which face of ours will we wear in the afterlife?

Indeed, if I were to meet Mother one day, how should I meet her? What do I look like in her memory? Does she remember me as a baby, a toddler, a teenager, a young adult, or a mature man? Will she be able to recognise me now, as an old man with snow-white hair?

A verse in the Diamond Sutra says that “the phenomena of life are not real phenomena”.* Is it saying that every stage in life is a process of fading away?

Which is the real me?

New leaves sprouting, flowers blooming, fruits ripening, leaves falling, branches withering — these are all trees but yet not trees. Our youthful, impish, sheepish faces we refuse to let go of are actually constantly changing with time and have never once stood still. If we looked at a time-lapse photograph of a face over 30, 40, or 50 years and saw for ourselves the changes happening so easily and quickly, perhaps we would truly understand that “the phenomena of life are not real phenomena”.

Yesterday’s cool and today’s warmth — are they also the sheepish faces of heaven and earth that are morphing with time?

*Translated by William Gemmell from Chinese to English at vincentpoon.com

Related: A tree can be like Buddha | What is the colour of 青春 (qingchun), or youth? | What I Ching and the mangrove tree flowers tell us about life | Cicada songs: Deathly silence of a summer’s day | Taiwanese art historian: My mother waited for her soldier husband to return from war, just like Wang Baochuan