Vaccine diplomacy in Southeast Asia: Russia trails far behind China and the US

For a country that was first off the blocks, Russia has a long way to go if it wants to catch up with China and the US in the game of vaccine diplomacy. Candice Chan - 27 September 2021
In 2020, Japan was ASEAN’s largest export partner of auto parts, making up 17.8% of ASEAN's exports, followed by the US (15.4%) and China (10.2%). However, with the onslaught of the Delta variant of Covid-19 this year, many Southeast Asian countries have imposed factory operation restrictions that have disrupted the supply chain, with Japanese firm Toyota Motor suffering the greatest impact. Japanese academic Sukegawa Seiya examines the issue.
Read more

Candice Chan - 27 September 2021
With Prime Minister Yoshihide Suga stepping down, whoever wins the Liberal Democratic Party leadership race is practically assured of becoming the next prime minister. But with four experienced politicians on the cards, including two women, who will it be? And how will the choice of the next prime minister affect Japan's policy towards China? Japanese academic Shin Kawashima examines the possibilities.
Read more

Universal Studios Beijing: With 5,000 years of culture, can China create its own theme park?

Candice Chan - 27 September 2021
Universal Studios Beijing opened to much publicity, with tickets being snapped up in just one minute. But some detractors question if this is exactly the sort of imperialism that China has grown out of and it should be developing its own mega attractions with Chinese elements. Would doing so simply entail rejecting Western influences? How can it develop a concept that truly reflects a flavour of China or its popular culture?
Read more

Candice Chan - 22 September 2021
Following a block of pineapple imports from Taiwan in February, mainland China has followed up with a halt on sugar apples and wax apples. While the blocks were seemingly due to pests found on the fruits, could there be a political reason behind the moves? And could the moves help achieve China's aim?
Read more
Translated by Candice Chan on 27 August 2021

As China and America trade barbs over the South China Sea, and coronavirus infections surge across the region, Southeast Asia now has the dubious distinction of being at the epicentre of both great power competition and the Covid-19 pandemic. Unsurprisingly, the contestants in this geopolitical power play have been using vaccine diplomacy to score points off each other.

The principal protagonists are, of course, the US and China. A war of words has erupted between them over the efficacy of their respective vaccines and which country has been more generous towards Southeast Asia. Late from the starting blocks, America seems to have taken the lead: its cutting-edge mRNA vaccines appear to be more effective against the more transmissible Delta variant than China’s inactivated vaccines like Sinovac and Sinopharm. And while Beijing boasts it has delivered more vaccines to Southeast Asia than America (190 million doses versus 20 million), Washington has pointed out that most of its doses have been provided free of charge.

Russia was the first country to authorise the use of a Covid-19 vaccine — Sputnik V in August 2020.

Another player in Southeast Asia’s game of vaccine diplomacy is Russia. It considers itself to be a great power and has been trying to up its game in the region. Yet despite developing an effective vaccine, it has fared poorly compared to China and the US. What went wrong?

Russia was the first country to authorise the use of a Covid-19 vaccine — Sputnik V in August 2020. The Gamaleya Institute, which developed the vaccine, initially claimed a 91.6% efficacy rate and then 97.6 % in a real-world study. In June, Gamaleya said its vaccine was 90% effective against the Delta variant, though Russia’s health ministry has now downgraded that to 83%. Nevertheless, Sputnik V’s efficacy rates are comparable with Pfizer-BioNTech, Moderna and Oxford-AstraZeneca, and higher than China’s vaccines.

In late 2020, Russia moved quickly to sign supply agreements with countries around the world. However, Sputnik V was soon gaining bad publicity, domestically and internationally.

Despite surging cases at home, vaccine take-up rates in Russia have been very low due to trust issues between the government and people, and concerns about Sputnik’s potential side effects. Today only 19% of Russia’s population are fully vaccinated — a poor advert for the Russian vaccine.

In Europe, Sputnik V courted controversy as the Kremlin was accused of using it to sow political discord.

Most importantly, due to serious production bottlenecks, Russia has fallen well short of its delivery commitments, leading to anger among some of its customers in Latin America and Africa. Of the 900 million doses Russia promised to send out by the end of 2021, less than 17 million doses have so far been delivered.

So far, however, Vietnam has only received a mere 1,000 doses of the Russian vaccine.

Sputnik V’s relatively high price has been another factor. At US$20 for two doses, it is much more expensive than Pfizer (US$13), AstraZeneca (US$6) and Johnson & Johnson (US$10).

For these reasons, Sputnik V has failed to make serious inroads in Southeast Asia.

Even with its two closest regional partners, Vietnam and Laos, Russia has dropped the ball.

Vietnam authorised the use of Sputnik V in March and has negotiated with Russia for 60 million doses of the vaccine, with 20 million promised before the end of the year. So far, however, Vietnam has only received a mere 1,000 doses of the Russian vaccine. As the country faces a steep rise in infections, Hanoi even turned to its geopolitical rival Beijing for help. China has since delivered 1.5 million doses of Sinopharm while its ever closer partner, the US, has sent Vietnam 5 million Moderna doses — of which 2 million were donated via the COVAX Facility.

In July, Hanoi and Moscow signed a technology transfer agreement that allows Vietnam to domestically manufacture Sputnik V. Last month, Vietnam produced a test batch and hopes to go into full production later this year. But Hanoi is hedging its bets by negotiating with the US, Japan, India and even China for production agreements.

As Myanmar struggles to contain the spread of the virus, the two countries are negotiating for 7 million doses. But while Russia has yet to send a single dose, China has already delivered 1.76 million doses.

It has been a similar story in Laos. In January, Russia donated 1,000 doses to Laos. In July, visiting Russian Foreign Minister Sergei Lavrov said his government was considering making another donation. Meanwhile, China has already delivered 2.9 million doses to Laos and America 1 million doses.

Russia has fared poorly in other Southeast Asian countries too. Moscow offered production arrangements to Malaysia and Indonesia, but neither country has approved Sputnik V yet.

Following the February coup in Myanmar, the Kremlin moved quickly to strengthen relations with the junta with an eye to increasing arms sales. In July, coup leader General Min Aung Hlaing declared Russia had promised to deliver 2 million doses of Sputnik V. As Myanmar struggles to contain the spread of the virus, the two countries are negotiating for 7 million doses. But while Russia has yet to send a single dose, China has already delivered 1.76 million doses.

Ironically, Moscow’s biggest success in Southeast Asia has been with America’s ally, the Philippines. Manila has received 350,000 doses of Sputnik V, but this pales in comparison with the 20.5 million doses from China and 5 million from the US.

Thus, although Russia had a first-mover advantage in the game of vaccine diplomacy, it squandered a golden opportunity to improve its credentials in Southeast Asia and is now trailing far behind China and the US. Catching up will be nigh on impossible.

Related: Vaccine politics: Can one take a US-made vaccine after taking a China-made one? | Vaccine diplomacy: China and India push ahead to supply vaccines to developing countries | China's efficient delivery of vaccines to Southeast Asia | Why the Vietnamese embrace US vaccines but shun Chinese ones

Society
Universal Studios Beijing: With 5,000 years of culture, can China create its own theme park? 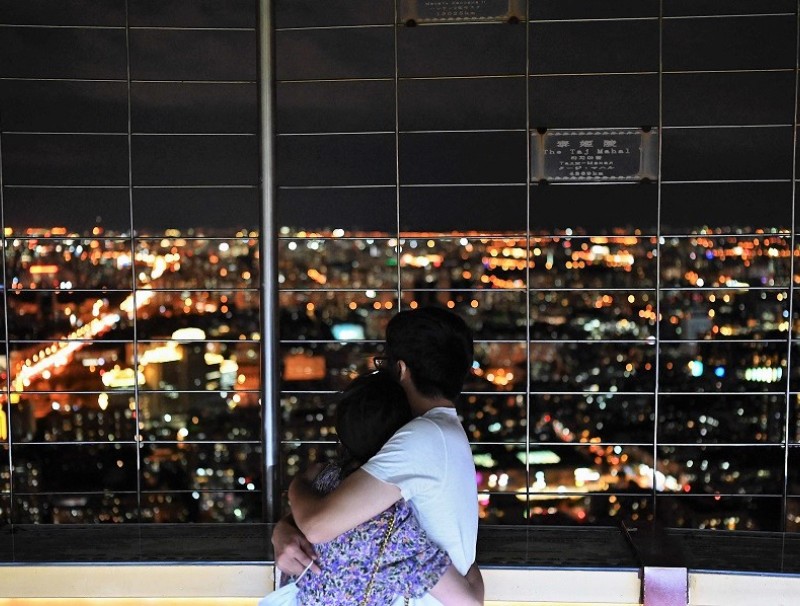