Visiting the doctor as a foreigner in China: I wish they will not become complacent

Your feedback is important to us. This survey will take approximately 5 minutes.

Give us your feedback

Lianhe Zaobao’s Beijing correspondent Yang Danxu recounts her recent visit seeking medical treatment in Beijing in times of Covid-19. She extrapolates from her experience of being initially turned away and sounds a reminder to officials not to let complacency or a wish to maintain a positive recovery record lead to China facing a recurrent rash of outbreaks. 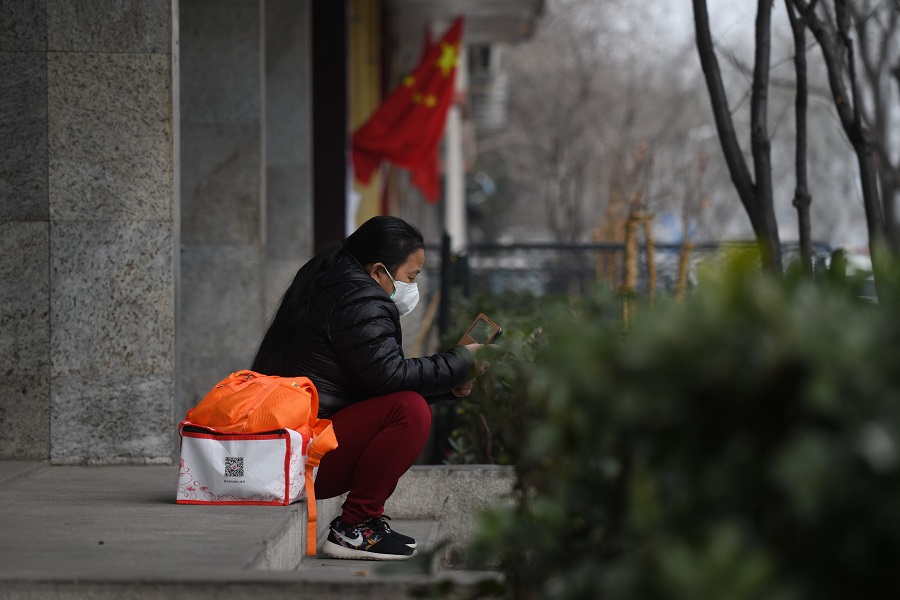 A woman wears a face mask as a preventive measure against the Covid-19 coronavirus as she looks at her mobile phone near the entrance of the Peking University People's Hospital in Beijing on 21 February 2020. (Greg Baker/AFP) 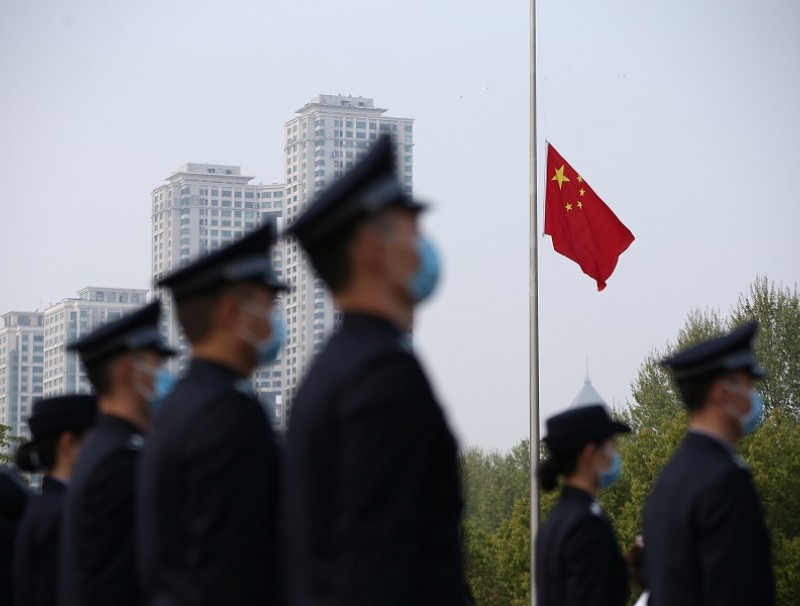 Was China's three-minute silence enough to comfort its people?

Grace Chong - 6 April 2020
On 4 April, the Chinese people observed a three-minute silence for the thousands of lives lost to the pandemic. However, Beijing correspondent Yu Zeyuan notes that accountability checks triggered by the Li Wenliang incident have not fully subsided and may possibly create a new political hoo-ha within and outside of China.
Read more 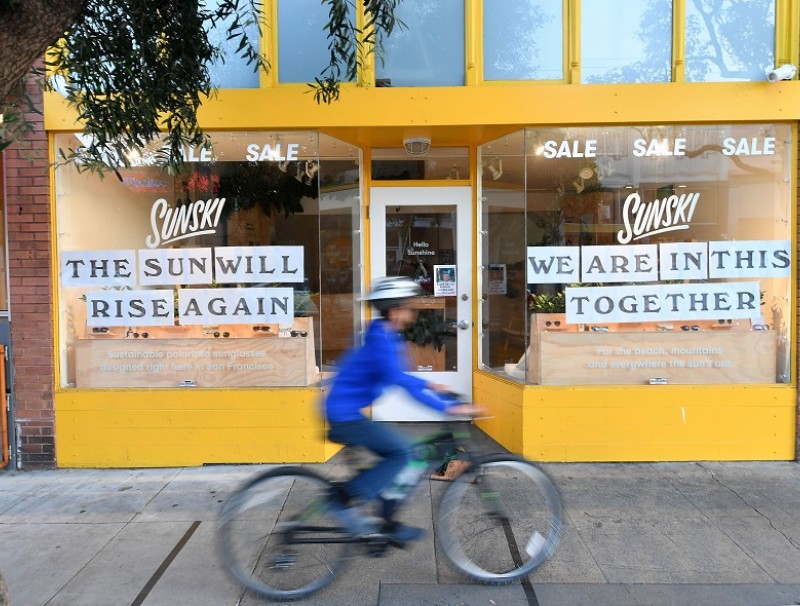 Grace Chong - 3 April 2020
Belgian writers Ng and Nimmegeers point out that the only thing much worse than possibly holding racist views, is to be aware of likely controversy yet politicise race issues anyway to deflect blame for the tardiness of the government. They believe that the Trump administration needs to stop playing the blame game and start on a sincere path of health cooperation with China, to tackle the pandemic today and any other global challenges tomorrow.
Read more 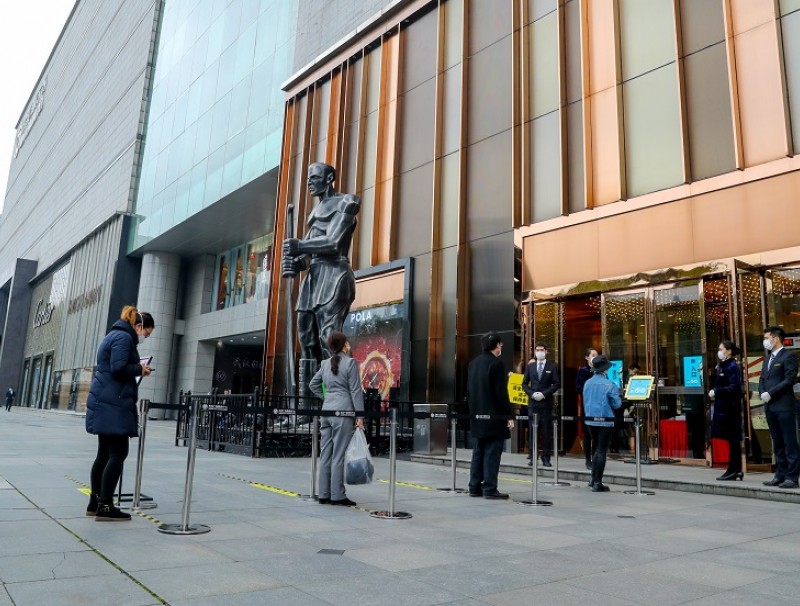 Grace Chong - 3 April 2020
To help businesses get back on their feet, the Wuhan municipal government recently announced that it is raising 20 billion RMB to roll out a rescue package for small and medium enterprises (SMEs). On the ground, many companies find themselves in more dire straits now than when the city was under a complete lockdown, and business owners are generally not confident of surviving the present downturn.
Read more 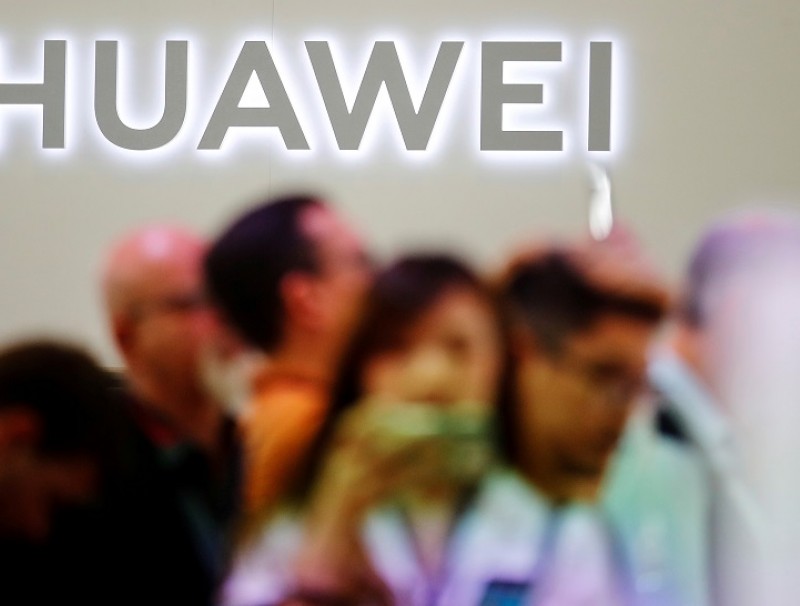 Amid the pandemic, is the China-US tech war firing up again?

Grace Chong - 2 April 2020
The pandemic rages on in the US, but the Trump administration is not letting up on its efforts to keep Huawei in check. Will the China-US tech war come to the fore again as the political stakes are raised on both sides?
Read more 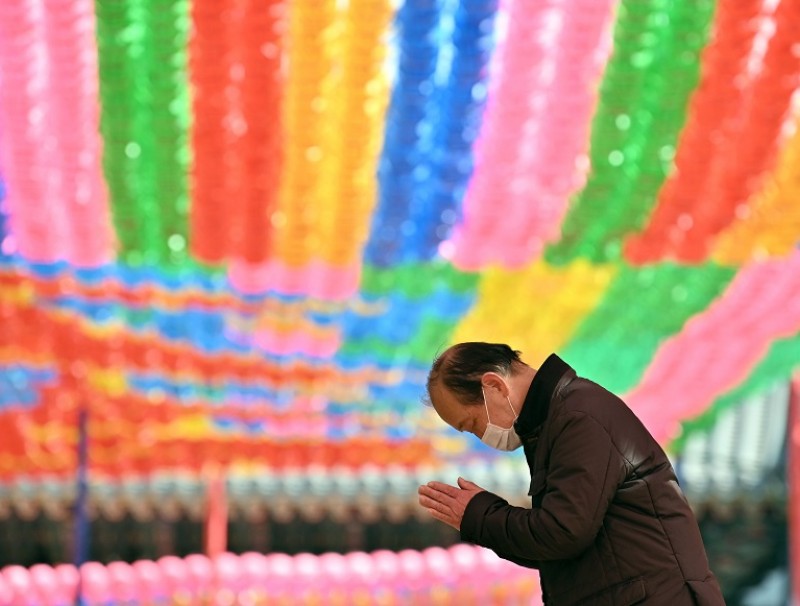 Grace Chong - 2 April 2020
Officials at the Taiwan district office have been calling quarantined individuals every day to check how they are doing. A beneficiary of such acts of duty and kindness, acclaimed Taiwan author and art historian Chiang Hsun feels immensely thankful. He reminds himself that no one should feel lucky facing the pandemic, and all this is but part of the pains and sorrows felt by all sentient beings under this universe.
Read more
Translated by Grace Chong on 25 March 2020

Over two weeks ago, I developed a fever in Beijing. With the global escalation of the outbreak and a rise in imported cases in Beijing, I became anxious about my temperature hovering at 37.4 degrees Celsius for two to three consecutive days.

Since the end of January, a normal temperature reading has become a “passport” with which to enter and exit residential areas, shop at the supermarket, and attend press conferences. In fact, I only realised that I was running a temperature after I was barred from entering a shopping mall. As a colleague put it, “All those with a fever will now be ostracised everywhere they go.”

Although I did not think I had Covid-19, out of social responsibility and to avoid being discriminated against, I decided to see a doctor.

My first stop was a private hospital I was familiar with. The hospital did not have a specialised fever clinic but after I spoke with a nurse on the telephone, I understood that “a temperature of 37.4 degrees Celsius was not really a fever”, and because I had stayed in Beijing recently and did not come into contact with people who had just returned from Hubei or elsewhere, I could visit the hospital as per normal.

After the doctor asked about my health condition and listened to my lungs, she concluded that it was very unlikely that I was down with the coronavirus.

I asked if I really did not have to test for Covid-19. Seeing how anxious I was, the doctor told me that if it was possible, she would have gotten me to undergo a nucleic acid test, just to ease my mind. However, she told me that the hospital did not have the resources to do so and even if I went to a hospital that did, I would not be able to take the test as my temperature was not over 38 degrees Celsius.

Thus, I went home with the antipyretics and lozenges prescribed, and the doctor’s advice to “minimise going out for the next couple of days, and monitor my condition at home”. Just like that, I ended my first visit to the doctor in Beijing.

Heeding my friend’s advice, I went to a foreign hospital in Beijing that had a fever clinic.

However, it was clear my body was dissatisfied with the result. After taking medication for three consecutive days, my temperature went up and I was feeling weaker than before. Heeding my friend’s advice, I went to a foreign hospital in Beijing that had a fever clinic.

As centralised screening was in place, I had my temperature taken at the entrance of the hospital. The nurse asked about my travel history and took my temperature. This time, it read “37.6 degrees Celsius”. What an awkward situation. The hospital’s fever clinic only accepted patients with a temperature of 37.8 degrees Celsius or higher and my reading was just below the mark.

Visiting the doctor as a foreigner in China is no mean feat. After I finally found a foreign hospital in Beijing, I was rejected by both the fever and general clinics.

The nurse called the fever clinic and confirmed that they were unable to attend to me. She then phoned the general clinic to explain my situation. Although I could not hear what was said at the other end of the phone, it was clear from the nurse’s reply that my temperature reading, unfortunately, classified me as having a fever under the general clinic guidelines. In short, they would not be able to attend to me as well.

Visiting the doctor as a foreigner in China is no mean feat. After I finally found a foreign hospital in Beijing, I was rejected by both the fever and general clinics. Would I ever be able to see a doctor?

Thankfully, the nurse was aware of my anxiety and called the fever clinic again. She reported my condition in full detail and also described how I got rejected by the general clinic. Finally, the door to the fever clinic was pried open.

The gradual stabilisation of the outbreak did not calm the people’s hearts amid the worsening outbreak overseas and the onslaught of confirmed cases in China involving overseas citizens returning home.

My experience of seeing a doctor in Beijing was strange, to say the least. I initially thought that the escalating outbreak would keep them on high alert for all fever patients, and especially patients like me who had been running a low-grade fever for almost a week. Even the malls shut their doors on me; shouldn’t I at least be tested for Covid-19 or receive some medical observation? Yet, I almost experienced “buck-passing” and nearly could not even see a doctor. Thankfully, my fever subsided after taking the antibiotics that the second doctor prescribed, confirming that my fever was caused by tonsillitis. After the inflammation went away, my temperature was back to normal. After hearing my experience seeing a doctor, my friend joked, “The focus now is to maintain zero newly confirmed cases. How can Beijing’s positive record be ruined by you?”

Over the past week, although imported cases kept increasing, China repeatedly reported “zero” new local cases, declaring a positive outlook indeed. Chinese officials have also announced yesterday (24 March) that the lockdown on Wuhan will be lifted on 8 April, after over two months. This is akin to officially declaring victory over the country’s initial containment efforts.

The gradual stabilisation of the outbreak did not calm the people’s hearts amid the worsening outbreak overseas and the stream of confirmed cases in China involving overseas citizens returning home. The public is worried that some regions may resort to concealing information and rejecting patients to maintain their nil record of an increase in confirmed cases. Some hospitals have also failed to promptly report on recovered patients who have tested positive again, posing a risk of the outbreak recurring in certain quarters.

These worries are not unfounded. After all, China’s officialdom has long prioritised politics over all else.

These worries are not unfounded. After all, China’s officialdom has long prioritised politics over all else. To a certain extent, Wuhan’s lack of transparent, adequate and prompt reporting of the outbreak in its early stages was also the result of the suppression of doctors’ warnings. With the current eagerness to proclaim victory over the Covid-19 battle and get the economy and daily life get back to normal quickly comes the true test of whether the local governments of different regions are able to seek the truth from facts and remain truthful in their reporting of the outbreak — as emphasised by the central government — to the extent of not being afraid to report newly confirmed cases.

Following the global spread of Covid-19, China has entered the second phase of its epidemic battle to “guard against imported cases externally and prevent the resurgence of the outbreak internally”. With its successful containment of local cases, China’s methods of prevention and control seem to have indeed surpassed many other countries. However, this does not mean that the country can become complacent. If officials are able to maintain transparency of information, use science as the basis of their policies, seek the truth from facts, and be more scientific in their thinking and approaches instead of whitewashing the situation and avoiding reality, they would be able to maintain their good record even in the second phase of their epidemic prevention and control efforts.

Related: Making the great leap forward: When will the Chinese person stand up? | Wuhan coronavirus: China needs less politics, more science | Visiting the doctor as a foreigner in China: I see potential for collaboration 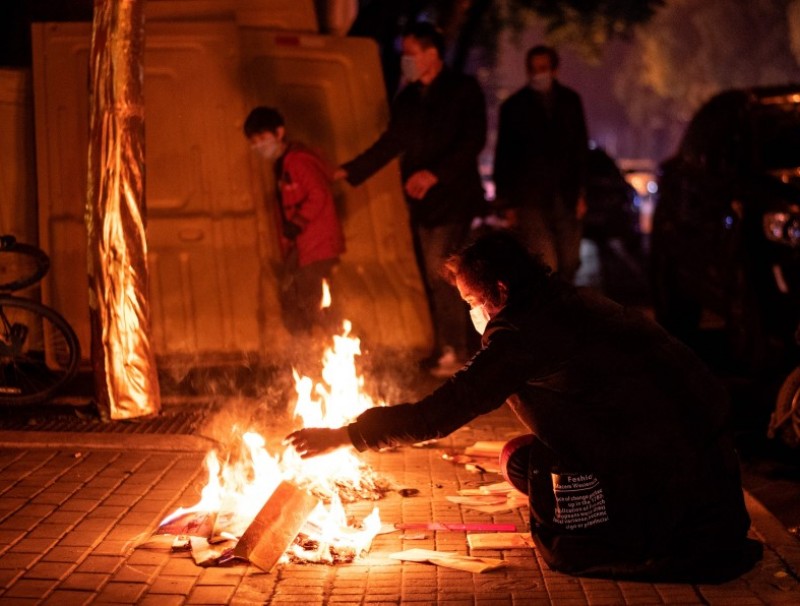 Society
Was China's three-minute silence enough to comfort its people?