Can China's movies depict poverty and the ugliness of society?

The movie Return to Dust depicts the difficult circumstances of a rural couple in China. Despite the high ratings and box office takings, some detractors say that the film feeds Western stereotypes of rural Chinese. Zaobao correspondent Yu Zeyuan looks at whether the movie panders to Western tastes, and whether it invalidates China’s efforts at poverty alleviation. 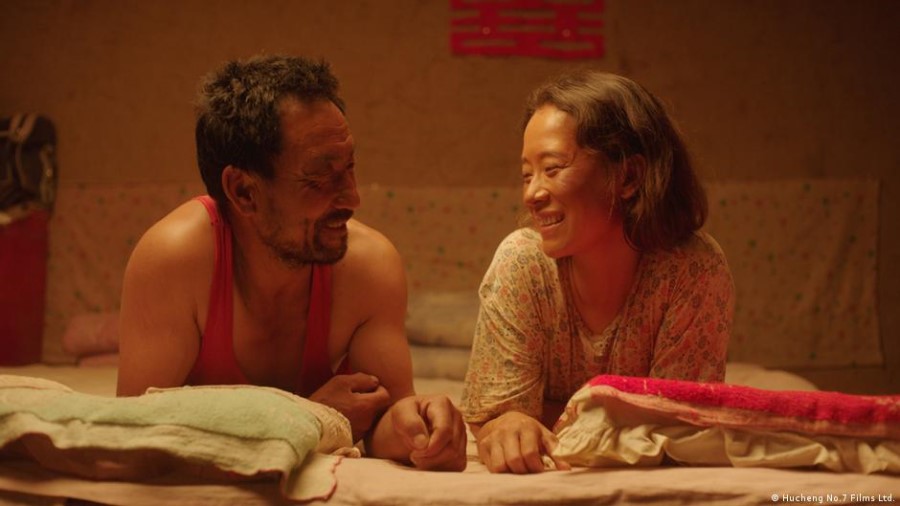 A still from the movie Return to Dust, with Wu Renlin (left) and Hai Qing in the lead roles. (Internet)

Candice Chan - 30 January 2023
A mall in Shenzhen came under fire for putting up white lanterns with black text as part of its Chinese New Year decorations, while an “ugly” rabbit-shaped light decoration was removed from another mall in Chongqing. Academic Zhang Tiankan muses on tradition and innovation, and the evolution of traditional decorations.
Read more
Translated by Candice Chan on 5 September 2022

The movie Return to Dust has recently drawn polarised reviews. Based on a rural couple’s life of toil in northwest China, the film has been praised for its accurate depiction of the situation of some farmers, while detractors criticise its exaggerated portrayal of poverty and ugliness of rural villages to fit Western stereotypes of Chinese as ignorant and backward, invalidating the achievements of China’s poverty alleviation efforts.

Portrayal of the destitute

Despite its nomination during the 72nd Berlin International Film Festival in February and the Udine Far East Film Festival in April, Return to Dust performed poorly at the box office when it premiered in China on 8 July, picking up only at the end of August. On 1 September — 56 days after opening — it made Chinese cinematic history by becoming the highest single-day grossing movie at the box office.

On 4 September, box-office takings for the film broke 80 million RMB (US$16.2 million), far more than its production cost of a few million RMB, while its Douban rating rose from an initial 7.8 to 8.5 out of 10, making it the most popular movie in China this year.

The movie depicts the harsh life of a rural couple who is discriminated against. Impoverished bachelor Ma Youtie (played by Wu Renlin) lives in an abandoned lodging in the village with only a donkey for company. Through introductions, Ma marries Cao Guiying (played by Hai Qing) from the neighbouring village. Disabled, incontinent and unable to do heavy labour, Cao was disliked by her brother and sister-in-law before being married off, and seen as a “jinx” by the villagers after her marriage.

A businessman who collects the village’s crops falls ill and needs transfusions of a rare blood type that Ma has. As the businessman still owes the village their crop payments, the villagers hold a meeting and force Ma to give his blood to ensure that the businessman recovers. Out of kindness, Ma does so with no recompense, all the while still cultivating his land. His life with the handicapped Cao is hard, but he does not lose heart. He takes out a loan to buy seed and fertiliser and hatches a crate of chicks, to save money for Cao’s treatment. The couple care for each other and their life gradually improves.

But Ma and Cao become homeless after the authorities suddenly order the demolition of ramshackle buildings. With no money for bricks and tiles, Ma builds a new home out of mud.

Things seem to be looking up, but disaster strikes again. On her way to deliver a meal to Ma, Cao slips and drowns while the villagers look on with indifference. Ma sorrowfully pulls out his wife’s corpse and feels that life is hopeless. He sells his crops, releases his old donkey and pays off all his debts. The movie does not spell out Ma’s fate, but hints at his suicide by drinking pesticide.

... a good work of art must mimic life, and literature must never be a tool for singing praises but should expose darkness instead. — NetEase News

The movie ends with a line that says, “In the winter of 2011, with the help of the government and villagers, Ma moved to a new home and started a new life.” Film critics believe this was a compromise made to get past the censors.

There is no grand narrative in Return to Dust, just a simple illustration of the tough and ordinary life of the Ma couple, portrayed in the local Gansu dialect. The couple is as insignificant as dust, and their story has struck a chord with many viewers.

Notably, apart from renowned actress Hai Qing, the male protagonist Ma Youtie, played by Wu Renlin, and other extras are real-life farmers. In this depiction of rural northwest China, there are few traces of performance and the costumes and makeup are realistic. This is the main reason why many viewers praised the film for being true to life.

NetEase News said in an article that a good work of art must mimic life, and literature must never be a tool for singing praises but should expose darkness instead. It should reflect the difficulties of life of those in the lower rungs and attract society’s attention.

“You focus on filming the bitter and tough, and recording the cold and apathetic. How will the Westerners feel when they watch these clips?” — WeChat commentator

However, others have questioned the motives of the screenwriter. “Liu Yuchao Guancha” (刘玉超观察, Liu Yuchao Observes) published an article on Toutiao saying, “I don’t understand the intentions of the investors and directors. You have used such great techniques to expose the current predicament of rural China, revealing every single detail and leaving no stone unturned. You focus on filming the bitter and tough, and recording the cold and apathetic. How will the Westerners feel when they watch these clips? How will they understand today’s China?”

“Aerfa Shijie Guancha” (阿尔法世界观察, Alpha World Observes) also asked in a Toutiao article, “Why are these yang daren (洋大人, powerful foreigners) so enthralled by movies about China’s poverty and backwardness? Why are there so many of such productions? Because they need these mental nourishments to maintain their superiority. Similarly, the Chinese masses who lack confidence and individuality also need an object of worship [the yang daren] and to be accepted. The mentalities of both parties are aligned and so these films thrive.”

But the film was still recognised by mainstream state media. People.cn published an article titled “A Tribute to the Simple Rural Life in Return to Dust” on 29 August, saying that despite the film’s small entry point, it is in fact the simple and sincere emotions portrayed that described life on the lower rungs and awakened people’s respect for good virtues.

History does not only remember those who have made great achievements and contributions — ordinary toilers such as Ma and Cao who rarely appear on the silver screen deserve the same attention from society as well.

The article asserted that, as a realist film about rural northwest China, it was able to stand out not only because of the outstanding performance of the two protagonists, but also because of the truth, the good and the beauty portrayed and its reflection of the times. To a certain extent, the director has given a voice to a muted community, while the film is a catharsis for the audience as they could put themselves in someone else’s shoes.

Art imitates life, and Return to Dust is just a prologue, not the finale. History does not only remember those who have made great achievements and contributions — ordinary toilers such as Ma and Cao who rarely appear on the silver screen deserve the same attention from society as well.

Related: Can the Chinese criticise their patriotic movies? | Does China need its own Squid Game? | Patriotism has become a commodity on Chinese social media | Mainland Chinese TV drama sparks talk of ‘Taiwan spies’