Does China need its own Squid Game?

Despite Netflix not being in the China market, Chinese viewers have still managed to watch the global hit show Squid Game, prompting questions on whether China can come up with its own global hit. It is not so much a question of box office ticket sales or viewership revenue, but the gains of soft power and cultural diplomacy that can be reaped. What are China’s barriers to creating global hits? 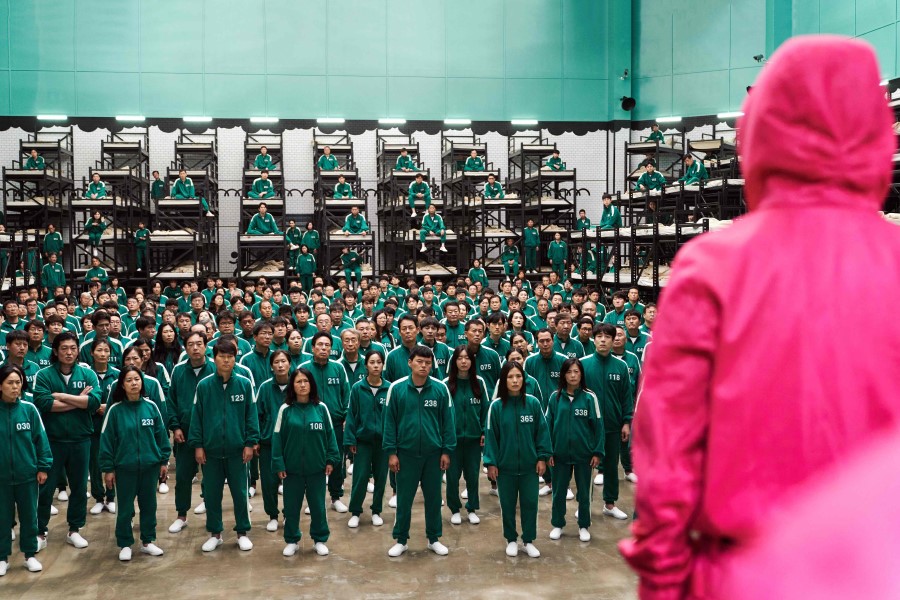 This handout image courtesy of Netflix shows a scene from season one of South Korea's Squid Game. (Youngkyu Park/Netflix/AFP)

Candice Chan - 18 May 2022
The Chinese government has recently announced plans to establish a unified national market that is highly efficient, standardised, open and competitive. It would break down walls, raise the standards of the business environment within China and act as a buffer against external pressures. While the intention is good, NUS academic Lu Xi points to possible drawbacks and challenges.
Read more
Translated by Candice Chan on 14 October 2021

A couple of days ago, when I logged on to Taobao to buy some items, it recommended a set of dalgona candy printed with a circle, triangle and umbrella. I clicked in to take a look and found that tens of thousands of people had ordered it. The most-liked comment said: “It’s just like in the TV show, my friends and I have challenged one another all afternoon!”

The power of Squid Game

The TV show in question is Squid Game, the Korean series that has taken the world by storm. This Netflix original series has been watched by over 111 million people, making it the platform’s most-watched original production.

The show is about marginalised people with nothing to lose who are mysteriously gathered to play a series of Korean children’s games such as tug-of-war, eating dalgona candy, and marbles. Winners get their shot at the ultimate prize of 45.6 billion won (about S$52 million), while losers are killed on the spot. To win the prize money and change their lives, participants let the brutal side of humanity show.

Although Netflix is not in the China market, Chinese viewers are well acquainted with the show. Last week, Korea’s Ministry Of Foreign Affairs informed China that over 60 China websites were illegally streaming the show. Topics on Squid Game gained nearly 2 billion reads on Weibo, while the candy, black masks, and green tracksuits that appear on the show are hot sellers on various shopping platforms.

Squid Game is a hot topic of online discussion, and has attracted the attention of China’s state media. Over the past week, CCTV has reported on it twice, from Netflix’s business operations, to analysing the show’s impact on young people. However, netizens have been merciless in their sarcasm: “How did the CCTV editors get to watch the show? Did they jump the Great Firewall, or watch a pirated copy?”

Apart from imitating the games in the show, Chinese viewers are also studying the show’s production model and exploring “why China cannot produce a show like Squid Game”. When it was found that Netflix entered the South Korean market three years ago and has already invested 770 billion won in over 80 productions, with practically no intervention in content creation, some netizens lamented that China does not lack material that could go viral or creators with talent, but the authorities’ strict censorship and the capitalist idea that “traffic is number one” killed many good productions in the early stages.

“We who speak Chinese do not want to live in this game, and we will not. Only if the country is strong can the people be strong. We will set our own rules. Our most popular show is called The Battle at Lake Changjin!” - Wang Xiaofei, mainland Chinese scion and husband of Taiwanese celebrity Barbie Hsu

However, there is also a camp that feels China does not need its own Squid Game, because such “survival-type” themes are not a positive influence and go against the people’s values. Wang Xiaofei — mainland Chinese scion and husband of Taiwanese celebrity Barbie Hsu — belongs in this camp.

Last week, in a late-night Weibo post, Wang said he had watched the final episode of Squid Game and found that the hidden bosses manipulating the game and playing with Korean lives all spoke English. “We who speak Chinese do not want to live in this game, and we will not. Only if the country is strong can the people be strong. We will set our own rules. Our most popular show is called The Battle at Lake Changjin!”

Although Wang deleted his post later on, many netizens agreed with him. They too, believe that The Battle at Lake Changjin, which is a Korean War-themed film depicting the battle between the People's Volunteer Army and American troops, demonstrates the unyielding spirit and strong will of the Chinese in resisting Western hegemony, and spreads a more positive message than Squid Game.

The Battle at Lake Changjin, which was released on the eve of mainland China’s National Day, grossed over 4 billion RMB (roughly S$841 million) in a little over ten days. It also broke numerous records such as single-day records for dramas and war movies, as well as the number of opening day screenings during the National Day period. It also surpassed Hollywood’s Avengers: Endgame to rank sixth on China’s box office charts.

Grand scenes evoking patriotic sentiments contributed to The Battle at Lake Changjin’s success. However, this “cinematic gift” in commemoration of the 100th founding anniversary of the Chinese Communist Party (CCP) which was commissioned by the CCP’s Publicity Department and China Film Administration did not attract much attention overseas. Apart from the fact that the movie is not yet released in other countries, the film’s theme and the backing it has received from the Chinese government have led American media including CNN to regard the film as a propaganda movie with a political mission.

Based on box office takings alone, China does not need a production like Squid Game. But in terms of soft power, China desperately needs its own Squid Game to improve its international publicity efforts and do away with its ”wolf warrior” image...

In fact, previous Chinese movies with better box-office rankings than The Battle at Lake Changjin all did only moderately well overseas. Nearly 98% of the box office takings of top-ranking film Wolf Warrior 2, which grossed nearly 5.7 billion RMB, was contributed by the Chinese market.

China’s huge domestic market allows its films to be self-sufficient. Based on box office takings alone, China does not need a production like Squid Game. But in terms of soft power, China desperately needs its own Squid Game to improve its international publicity efforts and do away with its ”wolf warrior” image, as seen from the Squid Game’s powerful role in exporting Korean culture globally.

Objectively speaking, China did produce commendable productions in recent years, such as online drama series The Long Night (《沉默的真相》), which won the “Best OTT Original” award at the Busan International Film Festival. However, the scope and influence of such productions are limited and still far from achieving the Squid Game effect.

China’s low-cost films have not been able to get far while its high-cost ones have not been able to break into overseas markets. This is the awkward situation that the Chinese film industry finds itself in, and the bottleneck in China’s cultural export process. Many things can be done to change this situation, such as raising the bar during reviews, and allowing a more eclectic mix of themes for the movies. But this seems to be misaligned with the direction the Chinese government is headed as seen from the regulation maelstrom the entertainment industry landed in recently.

Luckily, the soft power battle is not a real-life Squid Game. There is always a chance to catch up and overtake the rest. When the next Squid Game sensation appears, I hope its connection with China will not just be pirated versions of the drama or knock-off memorabilia.

Related: Can the Chinese criticise their patriotic movies? | Universal Studios Beijing: With 5,000 years of culture, can China create its own theme park? | Celebrities scrubbed from the Chinese internet: Victims of China’s social revolution?