What does a celebrity’s divorce rumours tell us about cross-strait relations?

Social media went into overdrive when news that Taiwanese actress Barbie Hsu and mainland Chinese hotelier Wang Xiaofei were headed for divorce surfaced. It appears that a difference in views on cross-strait issues could have been the cause. Whether the news is just a smokescreen or a reality, the prickly views expressed are symptomatic of declining relations between Taiwan and the mainland. 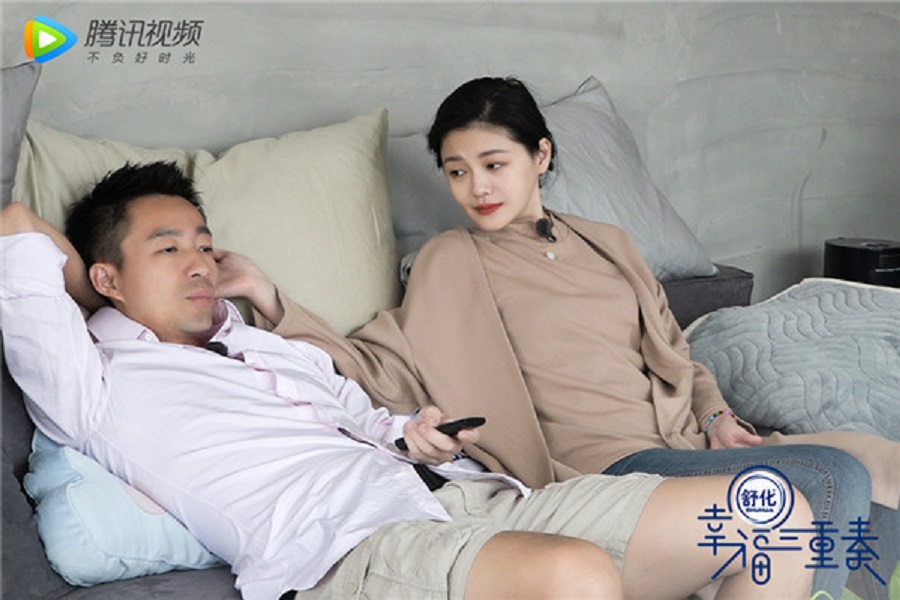 Wang Xiaofei and Barbie Hsu participated as a couple in the Chinese reality show Happiness Trio (幸福三重奏) in 2018. (Internet)

Grace Chong - 21 September 2022
Prabowo has been in Indonesia’s political scene for decades and his chequered past has not deterred him from multiple runs for vice-president and president. Given his support from the conservative and radical Muslims, with a potential running mate that can boost his standing, will Prabowo finally make his mark as Indonesia’s president in the 2024 elections? ISEAS academic Leo Suryadinata gives a profile of this controversial figure.
Read more
Translated by Grace Chong on 7 June 2021

Many are familiar with this “cross-strait relationship”. Hsu shot to fame after starring in the Taiwanese drama Meteor Garden in 2001. In 2010, she met Wang, who was then known as one of the “Four Young Masters of Beijing” or scions of four of the wealthiest business moguls in the city. The pair tied the knot after meeting four times over 49 days. While Hsu hardly took part in any productions after her marriage, the pair often made negative headlines for matters such as Wang allegedly having an affair, Hsu being difficult to handle or the pair arguing over finances.

Despite tiffs now and then, the couple with two children still enjoyed a pretty blissful marriage. They even celebrated their tenth wedding anniversary with a group of friends in March this year. During the celebration, Wang uploaded on Weibo a photograph of the pigeon egg-sized diamond ring he had gifted Hsu. This was the sweet message attached: “To my dear wife, my little girl: Happy tenth anniversary. I hope you’d still say “I do” ten years later.”

Who would have thought that their marriage would be on the verge of breaking down just a few months after this mushy gesture?

Compared with the divorces of Chinese actors Zhao Liying and Feng Shaofeng and Taiwanese and Japanese table tennis stars Chiang Hung-chieh and Ai Fukuhara, Hsu and Wang’s saga is much more bewildering.

The Taiwan media were adamant that their reports were true, saying that Hsu had verified the rumours herself. But shortly after, Wang, who was in the mainland, responded that he was “unaware” of it. Hsu’s mother then came forward to clarify that her daughter “had just said some words of anger”, while Hsu’s manager Liao Weiqi said that the couple “just had a fight.” Later on, Taiwanese television producer Angie Chai, who was a major force behind Hsu’s career, confirmed that the couple’s marriage was indeed coming to an end. People could hardly keep up with the twists and turns.

They surmised that instead of an affair or presence of a third party, his offensive posts about Taiwan might have caused the rupture.

When celebrity couples are about to part ways, netizens are most curious to find out who cheated, who cheated first or who the third party was. But Hsu and Wang were not caught up in such allegations this time. Sharp-eyed netizens quickly sifted through Wang’s Weibo account to look for clues. They surmised that instead of an affair or presence of a third party, his offensive posts about Taiwan might have caused the rupture.

At midnight that day, Wang opined on Weibo that Taiwan’s future is bleak in contrast to the mainland’s booming prosperity. He said it was “atrocious and deplorable” that his family in Taipei was unable to get vaccinated, and called a Taiwanese a traitor for boarding a flight to Xiamen despite being Covid-19 positive.

Taiwan media reported that Hsu, who is in Taiwan, was infuriated with Wang’s post. She thought his remarks were inappropriate and ill-timed and that they might incur the wrath of people on both sides. This led to a spat over the phone.

When Hsu confirmed her marital woes to the media, she insisted on not commenting on Wang’s behaviour. At the same time, Wang wrote on Weibo that he had “said some things that were not nice because [he] was worried about [his] family”. Their responses seem to confirm speculation that cross-strait politics has eaten into their marriage.

Expectations of a 'son-in-law of Taiwan'

Some mainland Chinese netizens sarcastically said that “Boss Wang’s marriage needs to be reunified by the motherland”, and “no one wants more than Wang Xiaofei to take back Taiwan”; one netizen even had some earnest advice for Wang: “As a son-in-law of Taiwan, your comments put Barbie in a difficult position. Since you chose to be in such a situation, you should be prudent in what you say and do, and not comment emotionally on cross-strait issues.”

This “son-in-law of Taiwan” is no stranger to controversy with his pro-China comments and criticisms of Taiwan. In 2015, he posted a photograph of an invitation to a parade in conjunction with the 70th anniversary of the end of World War II, revealing that he is a Chinese Communist Party (CCP) member — Taiwan netizens blasted him for that, and Hsu was also dragged into it as she was asked for her thoughts on marrying a loyal CCP member.

... the Democratic Progressive Party (DPP) government ignored the public clamour for vaccines and snubbed China’s offer — not even Pfizer vaccines (distributed by mainland China companies) made it into Taiwan.

Marriage is not easy to begin with, and marriages between those from mainland China and Taiwan face even more tests due to issues such as values, living environment, and distance. Relations between ordinary people are affected by politics, particularly when cross-strait relations are at a low point. Wang’s comments on Weibo reflect ordinary folks’ worries about their families not getting the vaccine, as well as the general distaste for Taiwan among mainland Chinese.

Since the pandemic broke out, cross-strait relations have deteriorated, with deepening animosity over politics, military manoeuvres, a swing in public opinion, and China’s growing calls for a “reunification by force”. In mid-May, Covid infections in Taiwan spiked and there was a shortage of vaccines. And even though mainland China extended the olive branch to Taiwan repeatedly, the Democratic Progressive Party (DPP) government ignored the public clamour for vaccines and snubbed China’s offer — not even Pfizer vaccines (distributed by mainland China companies) made it into Taiwan.

As for recent vaccine help from Japan and the US to Taiwan, the DPP government has played up its thanks and called the offer “timely rain”. This ignited howls of rage among China’s netizens. Even the Global Times felt the need to issue the caution that while it is emotionally satisfying to teach the DPP a decisive lesson, it is not a strategic priority, and the people should instead let the government take the lead in the tussle with Taiwan.

Given tense cross-strait relations, some believe that the marriage drama between Hsu and Wang is a crisis management gimmick engineered by Hsu. News of a divorce might shift attention away from Wang’s outburst and keep herself and her family from getting burned. Whether the episode is a bombshell or smokescreen, only they would know. But if cross-strait politics is really the last straw that breaks this ten-year marriage, that would be a real pity.

Related: The median line of the Taiwan Strait: No longer a boundary for mainland China | Peaceful or armed reunification: Are top Chinese advisers divided over Taiwan? | The only way out for the Taiwan issue | Can Taiwan fight for as long as it takes? | Will China take Taiwan by force within six years? Taiwanese think not and experts are worried