Can the US keep its promises in Southeast Asia?

Under President Joe Biden, the US seems to be stepping up its engagement of Southeast Asia, not least with frequent mentions of the region in the US’s new “Indo-Pacific Strategy of the United States” document, say Chinese academics Zhai Kun and Yuan Ruichen. However, countries in the region should question whether the US will deliver on its promises and really has the capacity to further their development goals. This flurry of activity may in fact just be another means of containing China with the region’s buy-in. 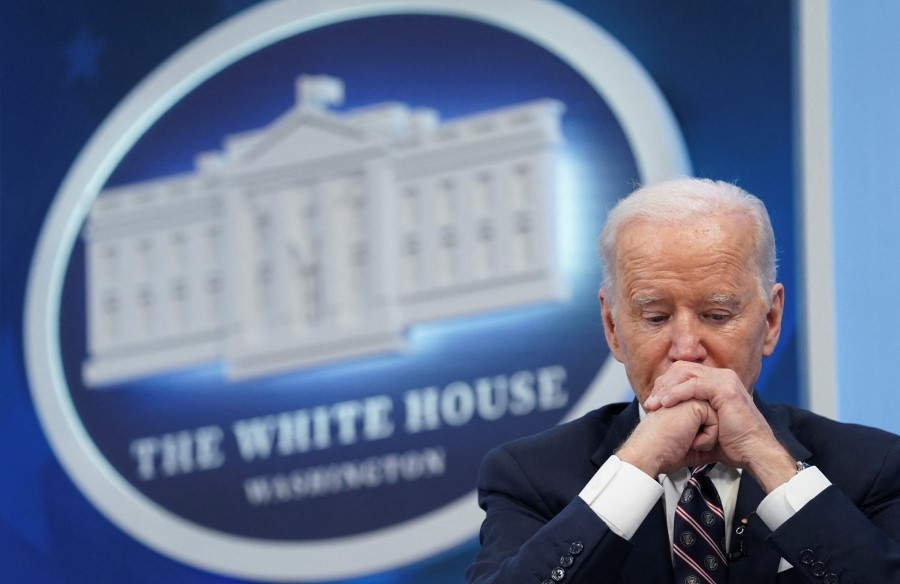 US President Joe Biden hosts a virtual roundtable at the White House in Washington, US, 22 February 2022. (Kevin Lamarque/Reuters)

Candice Chan - 26 September 2022
Chinese President Xi Jinping’s trip to Kazakhstan and Uzbekistan highlights his bid to advance his vision of the China dream. This, however, will require changes in the global balance of power that countries around the world, including Southeast Asian countries, will find hard to manage. How will China proceed from here, and will it be able to win allies along the way?
Read more
Translated by Candice Chan on 18 February 2022

The long-awaited Indo-Pacific Strategy of the United States document was released on 11 February. In it, the US reiterates the need for continued engagement in the region, mentioning Southeast Asia more than ten times and stating that “like ASEAN, we see [it sees] Southeast Asia as central to the regional architecture”.

Indeed, Southeast Asia is one of the regions that US President Joe Biden has focused much diplomatic efforts on after taking office. Senior Cabinet officials have visited this region one after the other. Vice-President Kamala Harris visited Singapore and Vietnam in August, Biden attended the East Asia Summit via video link in October, Secretary of State Antony Blinken visited Indonesia and Malaysia in December last year, and ASEAN leaders have received an invitation from Biden to attend a US-ASEAN summit in Washington sometime this year.

US leadership in Southeast Asia fluctuates

Considering the relationship between the US and this region in the past 30 years after the end of the Cold War, the frequency of these visits is pretty high. Comparatively speaking, Democrats such as Bill Clinton, Barack Obama and Biden have paid or are paying more attention to the region, while Republicans such as George W. Bush and Donald Trump have not placed much importance on Southeast Asia.

As a consequence, US leadership in Southeast Asia fluctuates. The periods of Democratic rule in the White House are better than the Republican ones, but on the whole, it shows a fluctuating downward trend.

Clinton spearheaded globalisation after the Cold War, and Southeast Asia was the beneficiary of this. However, the “passive bystander” attitude of the US during the 1997 Asian financial crisis prompted ASEAN countries to promote economic cooperation and integration in East Asia, weakening US leadership in the process.

Biden's Indo-Pacific strategy inherits the legacy of Obama and Trump in Southeast Asia.

Similarly, although George W. Bush’s global anti-terrorism strategy initially demonstrated and strengthened US leadership in Southeast Asia, it deviated from ASEAN countries’ core objectives of developing the regional economy. And with a series of subsequent mistakes and the rise of East Asian cooperation, US leadership declined rapidly.

The Obama administration launched the strategy to “pivot” or “rebalance” to Asia, and President Obama attended several ASEAN-led East Asia Summits. These actions boosted its regional leadership rebound rapidly. However, there was also the problem of insufficient stamina. During Trump's term, the global influence of the US and its leadership in Southeast Asia declined simultaneously.

Biden's Indo-Pacific strategy inherits the legacy of Obama and Trump in Southeast Asia. In the newly released strategy, the US supports ASEAN centrality and welcomes the association playing a leading role in Southeast Asia.

US commitments to the region include: 1) a meaningful expansion of its diplomatic presence in the region; 2) hosting a historic US-ASEAN Special Summit in Washington, DC; 3) participating in the East Asia Summit and ASEAN Regional Forum; 4) launching new high-level engagements on health, climate and environment, energy, transportation and equality; 5) implementing more than US$100 million worth of new US-ASEAN initiatives; 6) expanding bilateral cooperation, prioritising health security, maritime challenges, connectivity, and people-to-people ties; and 7) developing the defence capabilities of regional partners.

ASEAN members tend to have positive feelings towards the presidents from the Democratic Party. If put into practice, the US’s intended actions will help it to maintain and enhance US leadership in the region while competing with China for influence.

...the US’s plans to increase the US Coast Guard’s presence and cooperation in Southeast Asia reflects its wish to drive a wedge between China and the others...

Is US attention a double-edged sword?

However, Biden's strategy has a substantial double-edged sword effect. As alluded to by historian Wang Gungwu, in terms of security, the US-UK-Australia security pact AUKUS is a highly reliable expression of Anglo-Saxon maritime hegemony. Both Indonesia and Malaysia are worried about the alliance triggering a regional arms race, while the Philippines and Singapore expressed their support for the pact. This controversy deepens ASEAN's concern that US military involvement will divide the grouping and affect regional peace and prosperity.

Additionally, the US’s plans to increase the US Coast Guard’s presence and cooperation in Southeast Asia reflects its wish to drive a wedge between China and the others, making the South China Sea dispute a long-term issue to be exploited. The countries involved may find that the US’s capacity for support has an apparent effect in the short term, but it will also be hard for them to forget which country wants the dispute resolved the least.

They are well aware that Biden is now trying to dance in chains. He can promise little and deliver even less.

Notably, among countries in the region, only Indonesia, Malaysia, the Philippines, and Timor-Leste were invited to the Summit for Democracy in December, which highlights the inherent conflict between the Biden administration's values-based diplomacy and its Indo-Pacific strategy. It would complicate the practical implementation of the strategy.

What's more, the US has plans to expand people-to-people exchange programmes in Southeast Asia, including the Peace Corps, and through the Young Southeast Asian Leaders Initiative (YSEALI). It raises concerns about whether the US will use unexpected events to create a domestic political butterfly effect to achieve foreign policy goals. After a sudden change in Myanmar's politics early last year, ASEAN, as an organisation that transcends ideological differences, will be exceedingly sensitive to such matters for fear of jeopardising its solidarity.

Finally, on economic cooperation, the new US strategy includes an Indo-Pacific economic framework covering everything from digital trade, labour and environmental standards, to trade facilitation and supply chain resilience. The framework is likely to exclude China. ASEAN countries have closely tracked and studied US domestic politics since the Trump administration to judge the prospects for regional economic integration in East Asia. They are well aware that Biden is now trying to dance in chains. He can promise little and deliver even less.

...when the RCEP had just come into force, the US was the one that needed to get on the bus instead of asking the existing passengers to take another ride.

Can the US deliver?

For the ASEAN member states, when the Regional Comprehensive Economic Partnership (RCEP) had just come into force, the US was the one that needed to get on the bus instead of asking the existing passengers to take another ride. Not to mention that the proposed alternative is with "high-standard rules" and would be seemingly prohibitive for regional countries with different levels of development.

All in all, it is still difficult to judge the recovery of US leadership in Southeast Asia during Biden's term. Although the US regards Southeast Asia as the focus of its global strategy and ASEAN as a leading regional institution, the region is still worried about whether the Americans will offer practical support vis-à-vis ASEAN's core preoccupations such as promoting growth and consolidating its unity and centrality, or at least not cause damage.

...today's US leadership lays the very foundation for a future co-governance with China in the region...

Dr Wen-Qing Ngoei, author of a top-selling book on nationalism and colonialism called Arc of Containment: Britain, the United States, and Anticommunism in Southeast Asia, noted in a South China Morning Post article that Southeast Asian leaders' renewed confidence in the US is intertwined with worries about whether Washington will ultimately press members of ASEAN to align with the US against China.

For most intents and purposes, China's rise is unstoppable. As long as the US continues to empower ASEAN for the fundamental purpose of containing China, its leadership development will hit a ceiling sooner or later. In fact, today's US leadership lays the very foundation for a future co-governance with China in the region. When the US finally recognises the need to come to terms with reality, it may complain about the lack of leadership resources to participate in healthy competition with China.

Related: US and Southeast Asia need to cultivate common interests and understanding | 'Mini' Shangri-La Dialogue: The US needs to provide tangible deliverables in Southeast Asia | A tall order: US policy effort in SEA amid rising Chinese influence | Biden has not lived up his promises for Southeast Asia