CPTPP: How China’s membership could be a win-win

The combined output of members of the Comprehensive and Progressive Agreement for Trans-Pacific Partnership (CPTPP) is about US$13.5 trillion or 14% of global GDP, and will be even larger if China joins. From the economic perspective, there is much for all members to gain with China’s entry, but they would also be wary of certain aspects such as threats to their domestic industries and issues concerning intellectual property standards and regulatory non-tariff barriers. Cai Daolu looks at the reception China will be expecting to get to its CPTPP bid. 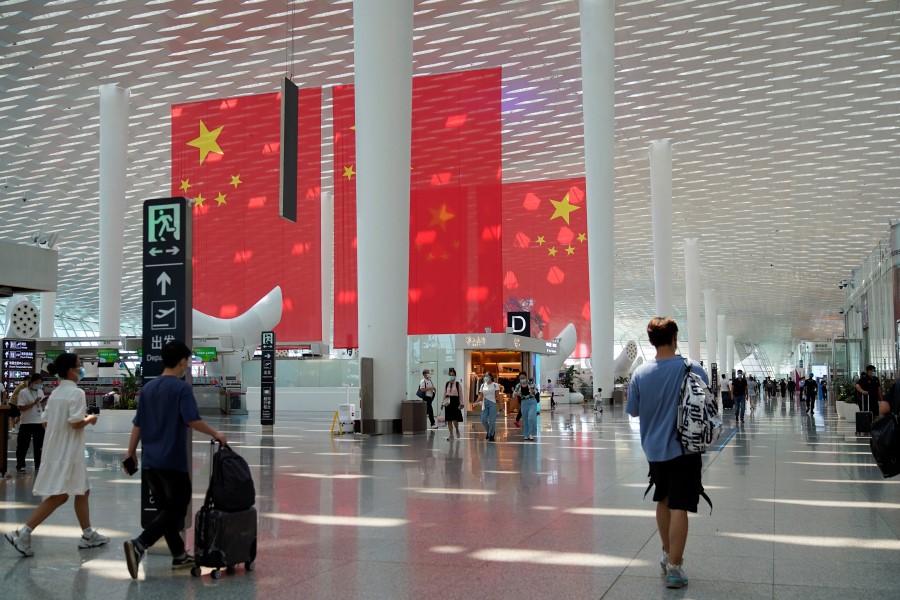 Candice Chan - 18 May 2022
The Chinese government has recently announced plans to establish a unified national market that is highly efficient, standardised, open and competitive. It would break down walls, raise the standards of the business environment within China and act as a buffer against external pressures. While the intention is good, NUS academic Lu Xi points to possible drawbacks and challenges.
Read more
Translated by Candice Chan on 30 September 2021

The CPTPP is the successor to the former Trans-Pacific Partnership (TPP) which never entered into force. The remaining members forged the CPTPP when former US President Donald Trump pulled the US out of the TPP agreement to emphasise his “America First” policy, which prioritises protectionism and isolationism.

Opportunities for CPTPP and China

Their combined output is about US$13.5 trillion or 14% of global GDP. Not only is the size of the economic bloc large, but the trading volume is also considerable. Currently, the 11 members of CPTPP represent 15% of global trade.

...all the members of the CPTPP, except Mexico and Canada who are both members of the North American Free Trade Agreement (NAFTA), already trade more with China than with the US.

If China is added to this economic bloc, everyone has much to gain. From the economic perspective, gains from trade and openness are straightforward: all countries will further specialise in industries where they have a comparative advantage. In addition, it would help different countries to diversify their export destinations. Given the combined size of the economy, China’s accession to CPTPP would provide unprecedented market access to companies in the Indo-Pacific region.

Historically, the integration of regional blocs tends to promote long-run economic growth; that in turn, is translated to higher living standards. Evidence suggests that countries that are open to trade grow at a consistently higher rate than countries that are inward-looking. Strengthening international trade in the region is the pathway to prosperity and development.

China is already both the source and destination of trade for all the current members. Looking at recent bilateral trade data, we see that all the members of the CPTPP, except Mexico and Canada who are both members of the North American Free Trade Agreement (NAFTA), already trade more with China than with the US.

Consider the case of Australia. Its trade with China represents one-third of its global trade, while its trade share with the US is only 7%. This is even though the Australia-United States Free Trade Agreement (AUSFTA) came into effect back in 2005.

One may argue that these trade flows are the outcome of geographic proximity. Interestingly, the Latin American countries Chile and Peru happen to trade more with China than with the US too. China is already a major trading partner for CPTPP members. Its significant role in shaping international trade flows, especially trade flows with current CPTPP members, makes its CPTPP application hard to ignore.

Given the scale of the Chinese economy, many countries may view it more as a threat to their domestic industries, rather than as an opportunity.

What are China’s chances?

Trade negotiation is a long and arduous process with many rounds of debates. This is particularly true in the case of the CPTPP where one needs the consensus of existing members to approve any new member. However, given the magnitude of the trade flows between China and members of CPTPP, it seems natural to consider approving China as a new member to reap potential gains from further economic integration.

Given the scale of the Chinese economy, many countries may view it more as a threat to their domestic industries, rather than as an opportunity. Some industries and workers, understandably, may be resistant. This is partly because international trade will induce a reallocation of industries, as each country further develops certain industries based on their own comparative advantage. But trade is beneficial to countries, even though there are distributional effects. Each country can enact domestic policies to mitigate the adverse effects on sectors and workers that are hurt from the trade.

Finally, intellectual property standards and regulatory non-tariff barriers are always thorny issues in most trade negotiations. Some may even argue that labour standards and environmental standards are so different among these countries, it could give an unfair advantage to member countries that have more lax standards and hence lower operating costs. While these concerns may be valid in some cases, trade integration can create a level playing field among its members.

It was an expensive political decision for the US to pull out of the TPP.

How about the US?

The Obama administration precisely sought to further integrate the American economy with the Asia-Pacific region with the TPP. This was undone by President Trump’s withdrawal from the agreement. It remains to be seen whether President Joe Biden will consider trade a first-order issue.

President Trump’s decision was costly for the US and the Asia-Pacific region economically. Nearly 40% of American imports originate from the Asia Pacific and the US market provides substantial market access to companies located in this region.

Strengthening trade ties between countries not only brings about prosperity and development but also stability. It was an expensive political decision for the US to pull out of the TPP. In contrast, by making a clear intent to join the CPTPP, it appears that China is willing to play a more significant role and surpass the US in the region.

Related: China joining the CPTPP: It's a matter of time | How can China benefit from the CPTPP? | China’s true intentions in wanting to join the CPTPP | 'Driving the blade inwards': Why China may join the CPTPP | Mainland China and Taiwan: The political hot potato of their CPTPP bids