With Chinese returning talents (海归, haigui) increasingly becoming a dime a dozen amid worsening US-China relations and less Chinese students venturing abroad, the aura of prestige that such returnees used to enjoy is fast diminishing. In fact, many of them were ostracised in the early days of the pandemic for bringing the virus back to China. But all is not lost, as many among them feel their years spent abroad will still open doors. 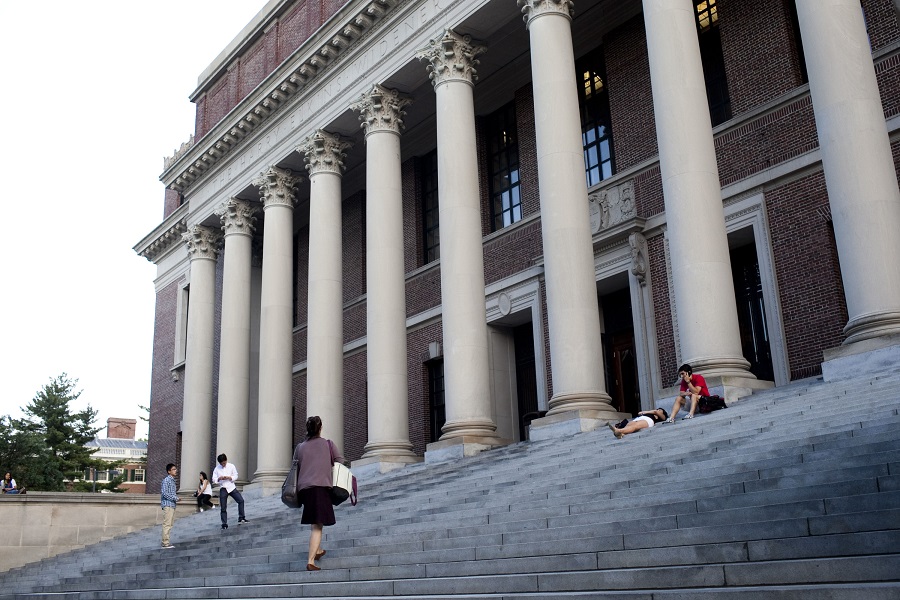 Students, tourists and visitors gather in front of the Harry Elkins Widener Library on the campus of Harvard University in Cambridge, Massachusetts, US, on 21 June 2011. (Kelvin Ma/Bloomberg)

Grace Chong - 12 May 2022
Teo Han Wue laments that we are not doing enough to remember the remarkable contributions that Singapore’s pioneers of the arts have made. Singapore’s early artists and theatre practitioners were the avant-garde who went beyond the tried and tested in China or elsewhere. If we don’t remember our past achievements, how can we be inspired to produce greater things in the future?
Read more
Translated by Grace Chong on 24 December 2021

At the height of the studying overseas craze in 2015, 27-year-old Xiao Feixia (pseudonym) left China for undergraduate studies in Texas, US. At that time, roughly one-third of his cohort were Chinese students. Six years later, he is still studying for his PhD degree in the US, but is now the only Chinese student in his faculty.

The trend of studying abroad gained ground in China in the 1990s. In 2009, China surpassed India for the first time to become the largest source country of international students in the US. In 2016, China became the world’s largest source of international students. According to Chinese figures, between the start of reform and opening up and 2019, over 6.56 million Chinese nationals have studied overseas.

Less prestigious than before

Being a returning talent (海归 haigui, Chinese nationals who have returned home after studying overseas) was once a valuable calling card that young Chinese used to find a job, not to mention that it was a status symbol. But since the deterioration of China-US relations since 2018, and the outbreak of the Covid-19 coronavirus last year, the public’s view of returning talents has changed.

On 30 November, Chinese state media Global Times published a commentary titled “Society Giving Same Treatment to Returning Talents Shows Times have Progressed” (社会平视“海归”是时代进步). The commentary stressed that “people are no longer looking up to returning talents”, which immediately put the subject of studying abroad under the spotlight.

In March, the Center for China and Globalization released the Annual Report on the Development of Chinese Students Studying Abroad which said that while the number of Chinese students studying abroad continued to increase amid the pandemic, the growth rate of Chinese outbound students to the US slowed to 0.8% in the 2019/2020 academic year, which pales in comparison to the growth rate of 29.9% ten years ago.

Xiao was part of an exchange programme between a Chinese and an American university in 2015, and had transferred his academic credits from the Chinese university to the one in the US in his final year to obtain his bachelor’s degree in finance. He remained in the US to earn a PhD degree, spending a total of six years there.

In the early phases of the pandemic, overseas Chinese students who returned to China were condemned as “bringing back the virus from a thousand miles away”

During the fall 2020 semester, former US President Donald Trump ordered international students taking fully online courses to leave the US or transfer to a school with in-person instruction. Otherwise, they could be repatriated. Xiao shared that this made many Chinese students feel that the US was no longer as welcoming and accepting of Chinese students as it was before. And it was also at this juncture that most of his Chinese classmates gave up their plans to continue their studies in the US.

Amid the surge of anti-Western sentiments in China, returning talents were already quietly being ostracised last year. In the early phases of the pandemic, overseas Chinese students who returned to China were condemned as “bringing back the virus from a thousand miles away” (千里投毒). While Xiao was furious when he heard this, he also became aware that Chinese public opinion was no longer the same as when he first left the country.

Amid China’s widening wealth gap, society is increasingly viewing the rich with disdain, which in turn affects the people’s opinions of returning talents.

However, tense China-US relations and the pandemic were but the straw that broke the camel’s back in the diminishing status of returning talents. The main reason why the “returning talent” label is losing its shine is because it is no longer a rare feather in one’s cap — the increase in returning talents has diluted the value of foreign degrees. Statistics show that between 2000 and 2019, the number of returning talents in China grew by more than 31 times.

Amid China’s widening wealth gap, society is increasingly viewing the rich with disdain, which in turn affects the people’s opinions of returning talents. Xiao shared that many outbound Chinese students come from rich families and some of them study overseas “just to get a degree one way or another”.

Xiao disclosed: “Some overseas students hire people to take classes or write papers on their behalf. Our university expelled one student from China because he was about to graduate, yet he could not speak English. These people spoil the reputation of overseas students.”

David (pseudonym), 23, gave up his place in a US university during the pandemic due to difficulties in applying for a visa and considerations of personal safety, opting to study in Hong Kong instead. He began his master's in Information Systems Management at the Hong Kong University of Science and Technology in September, and almost all the students in the course are from mainland Chinese.

David had wanted to go to the US to do his master's degree, but the sudden pandemic made him rethink the value of an overseas degree. He realised that overseas degrees no longer provided an advantage in applying for jobs, unless it was from an elite university. He also realised that an overseas education was no longer about getting oneself “gold plated”; it was more important to think about the actual quality of education and personal development.

As to whether an overseas degree still offers an advantage in applying for jobs, Xiao has a different opinion. He feels the change in the rhetoric does not mean there is no more value-add to overseas degrees. Despite the greater supply than demand in returning master's graduates, returning doctorate holders remain in high demand, especially in the education sector.

Xiao plans to return to mainland China to teach after he graduates. As he understands, the annual salary for a finance lecturer at an average university in China is about 400,000 RMB (S$85,000), while lecturers with an overseas degree can earn up to about 500,000 to 600,000 RMB per year.

No matter how the international situation and narrative change, there will always be a group of students who want to go overseas; and even if this is just a small proportion of the Chinese population, the number will still be huge.

The attention on returning students has also put the focus on the authorities’ attitude towards studying overseas. In 1993, the Chinese authorities spelled out the policy of supporting overseas studies, encouraging people to return, and allowing freedom of movement. Building on this, in 2013, Chinese President Xi Jinping added his rhetoric about returning and overseas students “playing a role” in China's rejuvenation.

At a news conference on 7 December, Wei Shiqiang, head of the moral education department at the Ministry of Education, reiterated the authorities’ policy on overseas education, and stressed that it would still be carried through in the new era.

He gave a reminder to take a wider view of students going overseas, and take an open and tolerant approach to nurturing more international talents.

Education expert Xiong Bingqi said there has been no change to China’s stand in encouraging international exchange among students, and the main reason for the slowdown in growth of overseas Chinese students is the increased base figure. No matter how the international situation and narrative change, there will always be a group of students who want to go overseas; and even if this is just a small proportion of the Chinese population, the number will still be huge.