Gathering with contemporaries in Nan Shi Pi Ji, a Chinese garden in Suzhou, cultural historian Cheng Pei-kai is reminded of a rare perch found in the east side of Lake Tai called lugui (鲈鳜). This was the fish that Western Jin dynasty poet Zhang Han and other ancient literati craved when they were away from home. Served raw or in its modern rendition steamed, the delicacy is almost too good to eat. Did Cheng get a chance to taste it? 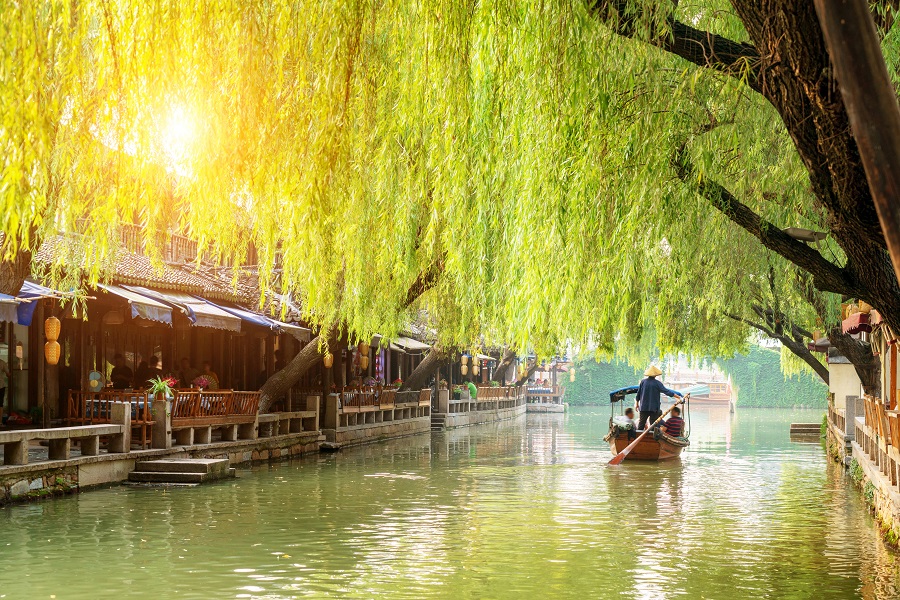 Grace Chong - 28 June 2022
While some pundits have it that Iran sees gaining full membership of the Shanghai Cooperation Organisation in terms of geopolitics, Fan Hongda thinks that the more bread-and-butter concern of strengthening economic and trade cooperation is on its mind. But this is not to say that Iran does not harbour ambitions of playing a greater regional role.
Read more
Translated by Grace Chong on 14 September 2021

A friend from Suzhou, Ye, told me he was organising a meal for literary types and insisted that I attend. The menu would comprise ten delicacies that Jiangnan literati across the dynasties used to love. His enthusiasm was infectious; how could I decline? I put down the manuscript I was proofreading and went straight to Suzhou.

Ye held the banquet in Nan Shi Pi Ji (南石皮记), a Chinese garden he designed himself. Although it is a long and narrow garden at the back of his house, it has a bridge over running water, a pavilion overlooking the stream, lush green bamboo and Chinese parasol trees, and even an artificial mountain and grotto. It can be considered one of Suzhou’s most exquisite and unique gardens.

The dining table was laid out on a platform above the water — the perfect spot to watch fish serenely swimming among dark brown stems of withered lotuses, unperturbed by the commotion above. I couldn’t help thinking that their carefree mirth is one of nature’s great mysteries. Their elevated state of mind contrasted with our base gluttony when devouring our dishes. But I was also reminded of Song dynasty poet Su Shi’s experience.

When he was banished to Huangzhou, Su Shi did not engage himself in self-criticism or reflect on his political mistakes but instead invented braised pork belly (Dongpo pork) and even wrote these lines in a poem: “Implicated by my mouth’s likings, I got banished for my words when I was getting old. How absurd! Now, I am surrounded by the Yangtze River where fish are fresh and tasty. Bamboo forests fill the mountains, and it’s as if I’m already tasting the sweetness of bamboo shoots.” It seems like Su would have been one of us. At last, I let go of what was weighing on my mind and enjoyed the feast in peace.

Food from a high perch

Ye said that we'd be having steamed goose prepared in the style that Ming painter Ni Zan used to enjoy in his time, steamed shad, and crab butter rice. But the most extravagant dish was one named “Golden Relish on Jade White Fish Slices” (金齑玉脍), and it was not guaranteed that we would be able to taste it. This was because the star of the dish is a special species of perch that fishermen from the east side of Lake Tai called lugui (鲈鳜). It is similar to Songjiang’s four-gilled perch, but the big, dark spots on its slim and elongated body resemble the markings on the body of a Mandarin perch (Siniperca chuatsi). Ye placed an order for them two weeks ago, but there was no news from the fishermen yet, so he did not know if we would have the chance to try it.

Tucking into a bowl of water shield soup with perch (莼羹鲈鱼) in the late autumn in Suzhou, it is easy for literature lovers like us to get lost in reverie. We were quickly reminded of the story of Zhang Han of the Western Jin dynasty. Ye said the perch from his hometown that Zhang dreams about is not the perch that we commonly see today, or the artificially bred Songjiang four-gilled perch. Instead, it refers to the wild perches that fishermen from Lake Tai occasionally catch. Because it’s so rare to find one, fishermen often keep it for themselves. In any case, it is not a fish that ordinary people can get hold of.

Just as we were discussing the evolution of cooking from the Wei and Jin dynasties until today, Wujiang fishermen called to report that they had just caught a lugui perch on the east side of Lake Tai...

Zhang’s story is recorded in A New Account of the Tales of the World (《世说新语》). It talks about his longing for gucai soup (菰菜羹, a kind of mushroom) and sliced raw perch from his hometown during autumn time as he was away from because of work in Loyang.

These two dishes are different from the aforementioned water shield soup with perch. In fact, it is also recorded in Taiping Yulan (《太平御览》, Imperial Readings of the Taiping Era) and the Book of Jin (《晋书》) that Zhang craved Suzhou’s gucai, water shield soup and raw perch, all of which are autumn delicacies. Taiping Yulan even stated: “Suzhou serves the perch raw and gucai in a soup. The fish slices are as white as jade and gucai yellow like gold. Thus the dish is named Golden Relish on Jade White Fish Slices, a seasonal delicacy.” This is perhaps the origin of the beautiful name of the dish.

However, by the Tang and Song dynasties, the recipe changed — it was drizzled with an orange sauce and was described as such in Tang dynasty poet Wang Changling’s poem “To Cheng the Sixth” (《送程六》). Later on, the fish was no longer served raw but steamed instead. And that is the style of the dish we would try today, according to the arrangements made by Ye.

Just as we were discussing the evolution of cooking from the Wei and Jin dynasties until today, Wujiang fishermen called to report that they had just caught a lugui perch on the east side of Lake Tai, but it weighed less than 500g. Ye asked them to send it over anyway and the beautiful perch appeared before our eyes 30 minutes later. We surrounded the fish tank and watched the fish swimming inside. We even had a heated discussion over the weight of the fish: it couldn’t be 500g; it was at most 250g. It had such a beautiful shape and lively disposition — how could we bear to eat it?

The more we looked at the fish, the more we sympathised with it. We decided to release it. Let’s not hurt a little life for the sake of enjoying “Golden Relish on Jade White Fish Slices”. So, we took a picture and watched over Ye’s shoulder as he released the small perch into his pond.