A bowl of Suzhou noodles named by Emperor Qianlong

Cultural historian Cheng Pei-kai is lucky to have tried all ten of the most highly rated noodle dishes in China. Among them, Kunshan Aozao noodles from Suzhou stands out. Best consumed piping hot, this noodle soup served with smoked fish or braised duck leg is steeped in folklore. 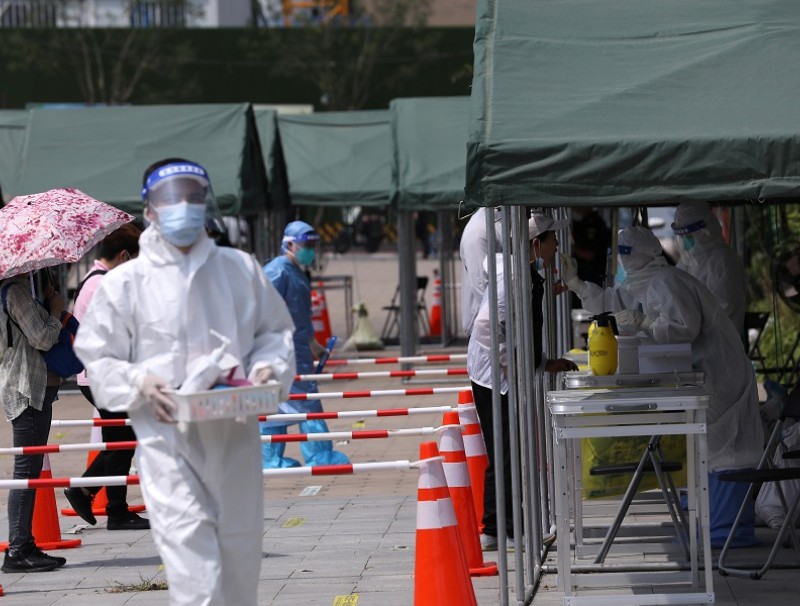 Grace Chong - 22 October 2021
Zaobao’s Beijing correspondent Yang Danxu experienced a 14-day home quarantine for being in the vicinity of Covid-19 patients while in Gansu. From her first-hand experience, she observes that people at large have gotten used to and even expect sudden but orderly disruptions when outbreaks erupt and are stamped out under a zero-Covid regime. But as borders start opening around the world, will China be forced to open up to new mindsets of living with the virus?
Read more Grace Chong - 22 October 2021
Academic Toh Lam Seng traces Japan’s long-held foreign policy stance of “following the US’s lead”. Circumstances of history led to this default pattern, even though Japan did try to break out of this straitjacket. Domestic opposition aside, under the US's watchful eye, Japan has not been able to possess nuclear weaponry or have a permanent seat in the United Nations Security Council. But with the changing situation of a rising China, might Japan move closer to getting what it has always wanted?
Read more Grace Chong - 19 October 2021
Some analyses have sounded the alarm of China lurching to the left in a marked return to Maoism. On closer examination, says Loro Horta, China’s recent clampdowns on capital are rational and not exactly ideologically driven. Issues facing China, such as the need to tackle rising inequality, affect the ruling party’s legitimacy and longevity. These concerns may have a strong push effect on the authorities. In fact, rather than a reversion to Maoism, the Xi government seems to be embracing Confucianism as a basis to enforce social order and norms, just as it derides “evil fan culture” as a means to keep a tight rein on social control.
Read more
Translated by Grace Chong on 2 February 2021

The city of Hangzhou hosted China’s first ever Noodles Cultural Festival in 2014. A list of the country’s top ten noodle dishes was compiled out of a shortlist of contenders from across the country’s regions. Such a major event that elevated a humble bowl of noodles to the cultural realm must have had a higher purpose to showcase China’s food culture to the world.

I am lucky to have tried each of the top ten. I think that they are unique in their own way, just like how each of the ten major Chinese martial arts schools has their own unique traits and are equally outstanding. A friend asked, “What’s this Kunshan Aozao noodles? Why haven’t I heard of it before?” I said that it is actually a type of Suzhou red soup noodles (红汤面, meat stock noodles with soy sauce). As the rich broth is meticulously prepared and the dish is often served with smoked fish or a braised duck leg, it makes for a delicious combination that leaves one’s taste buds wanting more. Actually, if I were a judge on the panel, I would have nominated the refreshing Suzhou Fengqiao white soup noodles (白汤面, clear broth noodles) served with juicy (but not greasy) braised pork. It would certainly have made it on to the list of top ten Chinese noodles dishes.

That said, the Kunshan Aozao noodles are indeed tasty. On a previous trip to Kunshan to visit the site of dramatist Liang Chenyu’s (梁辰鱼) former residence, my friends from the local cultural federation asked me to get ready early the next morning as we were going to visit Aozao Guan (奥灶馆, an Aozao noodle restaurant) at Kunshan Old Town to have a bowl of Aozao noodles. I knew that Aozao Guan has a history of over 100 years but did not expect to see what I saw when we arrived at the restaurant. It was incredibly grand with ornate pillars and painted beams on the ceilings — certainly not what one would expect of an old noodle shop; it was literally a mini Epang Palace (Emperor Qin Shi Huang’s palace in Shaanxi)!

We took our seats in a lavish private room and awaited our noodles to be served. Each person got a bowl of red soup noodles, a bowl of white soup noodles, two pieces of braised duck leg, and two slices of smoked fish deep fried with soy sauce. The owner urged us to tuck in while the food was piping hot. Looking at the humongous plate of duck legs and smoked fish on the table, I timidly asked, “Are we still waiting for a few other guests?” The owner replied, “We’re all here. Do you still want other toppings?”

That was quite a meal we had. It was as if we were gallant soldiers returning from the battlefield, wolfing down our food and stuffing our faces. I didn’t feel hungry the entire day and even had the faint taste of umami in my mouth when I stifled a burp.

My friend told me that a good bowl of Aozao noodles was not only made with the finest ingredients but adhered to “three basics and five essentials” (五热三烫)...

Nothing less than piping-hot perfection

My friend told me that a good bowl of Aozao noodles was not only made with the finest ingredients but adhered to “three basics and five essentials” (五热三烫). The five essentials, that is, the bowl, broth, oil, noodles and the toppings, must always be hot. As for the “three basics”, first, the noodles must be piping hot. After the noodles are drained, they must be rinsed in boiling water instead of warm water; two, the broth must be piping hot. To achieve this, once made, the broth is placed in an iron wok and kept simmering on low heat; and three, the bowl must be piping hot. After the bowls are washed, they are placed in boiling water until they are used again so that they are kept warm and sterile.

I replied, “These rules are way too cumbersome. At the end of the day, isn’t it just about serving the dish ‘hot’? When eating noodle soup, you have to eat it while it's hot, otherwise, it wouldn’t be tasty anymore.” My friend broke out in laughter and said, “Why not give your suggestion to the owner? Tell him that there is simply one rule: ‘Everything must be hot.’”

The words aozao in “Aozao noodles” are quite a mouthful. Apparently, they originally referred to the words aozao (鏖糟), meaning messy or unclean in Kunshan dialect. According to local legend, Aozao noodles originated from the late Qing dynasty. The story goes that there was a small and old noodle shop that was dirty and dark. The head chef, Madam Chen, was old and feeble. Her eyes were bad and the noodles she made were a little dirty (aozao). But they were especially tasty, and frequent patrons had jokingly called the dish “Aozao noodles" (鏖糟面).

There is a further embellished albeit less reliable version of the legend that goes like this: the Qianlong Emperor got hungry while he was passing through Kunshan on one of his Jiangnan Tours. Dressed in plain clothes, he stopped by Madam Chen’s noodle shop and had a bowl of Aozao noodles topped with smoked fish. The emperor thought that the noodles were absolutely delicious and asked his attendant to find out how it was prepared. Madam Chen spoke in Kunshan dialect and the attendant couldn’t quite understand what was said. Not knowing what to tell the emperor, this quick-witted attendant said, “The tastiness of the meat stock noodles lies in the wonders (奥妙, aomiao, meaning “wonders”) of the stove (灶, zao)!” Upon hearing that, the emperor laughed and said, “Ah, the wonders of the stove, Wonder Stove Noodle (奥灶面)!” Since the emperor had already spoken, a beautiful name was thus bestowed upon the noodles. But folklore is folklore and one need not pay them too much heed. That said, it is indeed true that Aozao noodles are very delicious.

The last time I ate noodles with my friend from Suzhou, we discovered that a renowned noodle restaurant in the old town of Suzhou city had just launched a new menu featuring a new noodle style. It especially recommended foodies to try the newly developed red soup stock noodles with braised duck. I took a bite when the noodle arrived. I thought: “Isn’t this a bowl of Aozao noodles with braised duck?” It was merely a pirated version of the noodles served in Kunshan’s Aozao Guan. There was nothing new about it. The only difference was it being way too salty. The chef’s hands were not deft enough; the noodles lacked the refined sophistication of Suzhou.

Related: Art and history in a bowl of Suzhou noodles | China's thousand-year-old mutton soup | The power of food memories in shaping who we are | Suzhou’s way to the Emperor’s heart Culture
Questions concerning mortality in early China [1 of 3]: The idea of the netherworld