High-speed rail and other infrastructure development have been proceeding apace under China’s Western Region Development Strategy. However, in trying to catch up with the eastern region, the gap between provinces in the western region may have inadvertently been widened. Without an effective division of labour, wasted resources and unnecessary competition are likely. 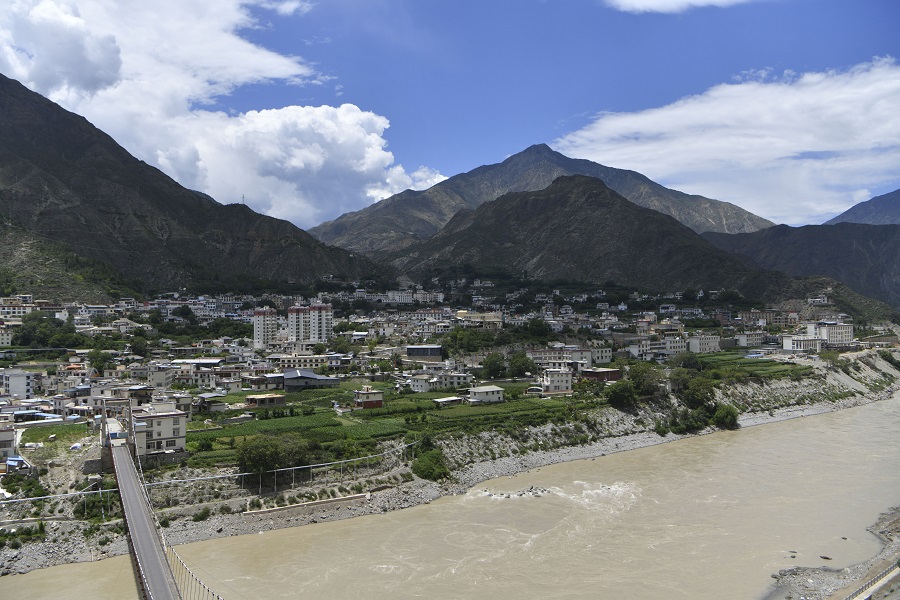 Grace Chong - 2 December 2022
Caixin notes that China is poised to roll out more policies to assist developers in an increasingly desperate attempt to arrest a protracted downturn of the multi-trillion-dollar property sector. However, amid the perform storm of changing demographics, Covid-19 disruptions, weakening demand and Beijing’s campaign of deleveraging, industry practitioners are bracing for a tough battle.
Read more
Translated by Grace Chong on 23 July 2021

China’s central government and local authorities have continued to collaborate on infrastructure development of the western region, particularly in the improvement of the transportation system vis-à-vis rail development since the launch of the Western Region Development Strategy.

The 2,000 km Qinghai-Tibet railway, which began operation in the early 2000s, is the first railway to link the Tibet autonomous region with other provinces while the 1,786 km Lanzhou-Xinjiang passenger line is the longest in Northwest China. Most western provinces, including Tibet, Xinjiang, Sichuan, Chongqing, Guizhou, Inner Mongolia and Yunnan, have expanded the lengths of their railways to way above the national average.

High-speed (>=200km/h) rail, instead of conventional railway, has come to dominate rail transport linking the western region to the eastern and southern regions of China. The high-speed rail in the western region runs along the main cities of the New Western Land-Sea Corridor along the Belt and Road Initiative (BRI) route, from Chongqing municipality, Chengdu of Sichuan province, Xi’an of Shaanxi province, Guiyang of Guizhou province right up to Guangxi. Among them, the Chengdu-Chongqing high speed rail, Guizhou-Kunming section of Shanghai-Kunming high-speed rail, and Xi’an (Shaanxi)-Zhengzhou (Henan) high-speed rail are travelling at the full speed of 350km/h.

The developmental level of the western region seems tied to Sichuan province. The closer a province is to Sichuan, the better is its economic performance.

In its 14th Five-Year Plan (FYP), Sichuan has indicated its intention to spend 1.7 trillion RMB to enhance its transportation infrastructure, mainly to link with neighbouring provinces. It is set to become one of the most essential hubs linking east China and west China, and to play a vital role in terms of physical connectivity with the BRI.

A similar plan has been drafted in the 14th FYP of Shaanxi in which the high-speed rail centred on Xi’an connects to Chongqing, Baotou of Inner Mongolia and Shiyan of Hubei. As Yunnan has been assigned the special role of broadening China’s connectivity with South and Southeast Asia, transportation infrastructure is hence one of the major items in the planning of Yunnan’s 14th FYP.

The developmental level of the western region seems tied to Sichuan province. The closer a province is to Sichuan, the better is its economic performance.  Considering the provincial GDP and per capita GDP together, only Sichuan, Chongqing and Shaanxi can make it to a highly competitive level. Yunnan and Guangxi have high GDP but low per capita GDP, while Inner Mongolia has high per capita GDP but average GDP.

From the international perspective, according to data by the Globalisation and World Cities Research Network (GaWC) which measures a city’s network connectivity or a city’s integration into the world city network, the city rankings of the western region remain unchanged, although different categories are used. Chengdu, Chongqing and Xi’an are still the top cities of the western region classified under the Beta group, followed by Kunming in the Gamma group, and Nanning, Guiyang, Lanzhou, Hohhot and Urumqi in the Sufficiency group.

Among western cities in the New First Tier group, Chengdu performed well in all sub-indexes, especially in Concentration of Commercial Resources, Urban Residents’ Activity and Lifestyle Diversity (Figure 1). Chongqing was a close second in all sub-indexes, followed by Xi’an, with moderate performance in most of the sub-indexes but did well in the City as a Hub Index and Future Potential Index. Xi’an is the only big city in the Guanzhong city cluster, making it a very important hub for the northwest region and for the BRI.

In comparison, western city clusters can be clearly classified into three levels: the national level of Chengdu-Chongqing in Sichuan province, the regional level of Guanzhong in Shaanxi province and Beibu Gulf mainly in Guangxi province, and the local level of other city clusters. The classification is also supported by the synergy analysis of provincial performance: Sichuan is the best performer, followed by Chongqing, Shaanxi, Guangxi and Yunnan. The Guiyang of Guizhou province and the Hohhot of Inner Mongolia have competitive advantages; Guiyang, in particular, is the city with the highest economic growth rate after the Western Region Development Strategy was launched.

However, the fast-growing development of transportation infrastructure with higher fixed asset investment did not do a good job of mitigating the east-west development gap and in fact, enlarged the gap between provinces within the region.

China has channelled great efforts into narrowing the development gap between eastern and western regions, particularly through enhancing the infrastructure on transportation connectivity between domestic networks and international linkages. The efforts have reaped certain gains, such as the China Railway Express that starts from Yiwu city of Zhejiang province through Chongqing municipality to European countries, which has become an important route that promotes western development.

However, the fast-growing development of transportation infrastructure with higher fixed asset investment did not do a good job of mitigating the east-west development gap and in fact, enlarged the gap between provinces within the region. The GDP of some western provinces such as Sichuan has reached top national level while nearly half of the western provinces have a GDP of under 1 trillion RMB after 20 years of economic development.

The lack of administrative coordination is slowing the progress of western region development among provinces, cities or city clusters. While the importance of city clusters has been emphasised in the recent 14th FYP, the Chinese central government is eager to break the administrative barrier by integrating the resources of some cities into a bigger agglomeration. In political reality, however, provincial economic performance rather than regional coordinated development is more important to an official’s political career. As every province has its own FYP, there is a tendency for provinces to have the same targets for industrial development. Without the effective division of labour, it will result in wasted resources and unnecessary competition.