A year ahead of the Communist Party of China’s 20th Party Congress in autumn 2022, a round of promotions and game of musical chairs is at play again among provincial party secretaries. Which are the stars to look out for? 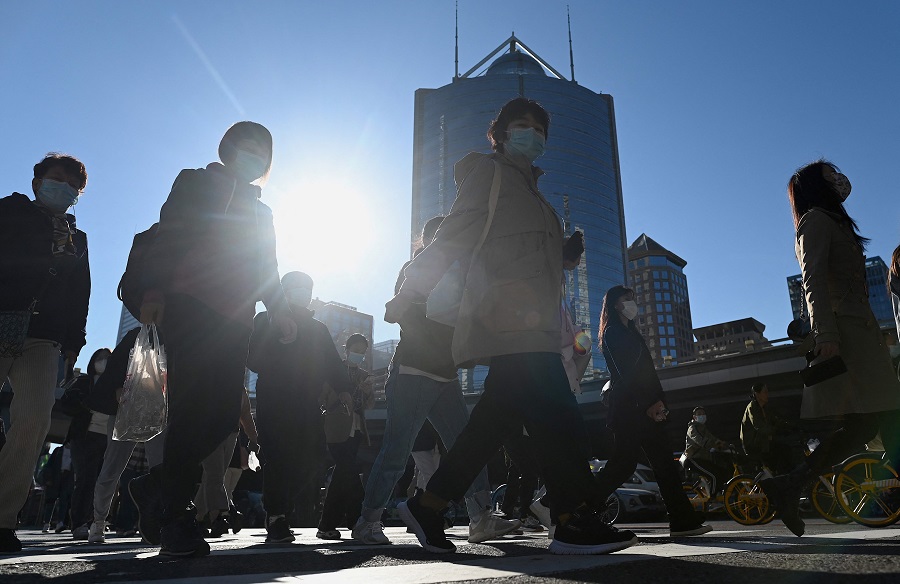 Grace Chong - 27 January 2023
Regulators are ramping up efforts to cull poorly performing firms and those that violate the rules or break the law. A record number of companies got the boot from Chinese mainland stock exchanges last year, and that number could even double in 2023.
Read more
Translated by Grace Chong on 22 October 2021

On 19 October, China announced the appointment of new party secretaries for the seven provinces and autonomous regions of Hunan, Jiangsu, Tibet, Heilongjiang, Jiangxi, Guangxi and Yunnan.*

Among them, newly-appointed Hunan party secretary Zhang Qingwei has been a member of the Central Committee of the Communist Party of China (CPC) for four terms, and is expected to enter the Politburo of the CPC at the 20th Party Congress next autumn.

In this round of provincial party secretary reshuffles, Zhang, known as an expert in the aerospace field, has garnered most attention.

Sixty-year-old Zhang has 23 years of working experience in the aerospace field and was once deputy chief commander of China’s manned spaceflight programme. In 2007 when he was 46 years old, he became director of the State Commission of Science, Technology and Industry for National Defense, a ministerial position. With that appointment, he also became one of the youngest ministers across China’s national ministries at that time, and is considered an outstanding senior official among the post-60s generation.

As Jiangsu is one of China’s largest provincial economies, the political position of Jiangsu’s party secretary is often ranked higher than those in most other provinces. Newly-appointed Jiangsu party secretary Wu Zhenglong was once director of China National Machinery Industry Corporation and secretary to former Chongqing mayor Bao Xuding.

Following Bao Xuding’s retirement in 2002, Wu became mayor of Chongqing’s Wanzhou district. In 2007 when Wang Yang, current chairman of the Chinese People's Political Consultative Conference (CPPCC) National Committee, was Chongqing party secretary, Wu was promoted to become a member of the Standing Committee of Chongqing Municipal Committee and the party secretary of Wanzhou, becoming a senior official of deputy- provincial and ministerial rank.

Bo Xilai and Sun Zhengcai were removed from their posts in 2012 and 2017 respectively, but it clearly did not affect Wu’s political career.

Bo Xilai and Sun Zhengcai were removed from their posts in 2012 and 2017 respectively, but it clearly did not affect Wu’s political career. After 2017, he was promoted from Nanjing party secretary to Jiangsu governor, and has now just been promoted again to Jiangsu party secretary. As he is only 57 years old, there is still time for further promotions in his political career.

Sixty-year-old Xu Qin was previously Shenzhen party secretary and has relatively more experience working in developed regions. In 2017 when Chinese President Xi Jinping proposed the construction of the Xiong’an New Area as a “millenium plan”, Xu was appointed as Hebei governor to oversee the development of the Xiong’an New Area.

Sixty-year-old Wang Ning became a member of the Standing Committee of Fujian Provincial Party Committee in 2015, and was made Fuzhou party secretary later. He became governor of Fujian in 2020.

Born in 1959, Yi Lianhong is the only post-50s generation to be promoted in this leadership reshuffle. Sixty-two-year-old Yi is fast approaching the ministerial retirement age of 65. His appointment as Jiangxi party secretary could be the peak of his political career.

Acting Jiangsu governor Xu Kunlin is 56 years old this year. In 2017, he was sent to Shanghai from his original post at the National Development and Reform Commission and took office as Shanghai vice mayor. In September 2020, he became a member of the Standing Committee of Jiangsu Provincial Party Committee and party secretary of Suzhou. His new appointment is his third promotion in four years.

Fifty-six-year-old Ye Jianchun has worked in the water conservancy field for many years. In February this year, from his position as deputy minister of water resources, he became the deputy party secretary of Jiangxi.

Former provincial party secretaries who have relinquished their roles are mostly those fast approaching or have already reached the ministerial retirement age and are now taking the backseat. Overall, this round of leadership reshuffles is part of expected personnel changes ahead of the CPC’s 20th Party Congress next year.

Related: New governors for Hebei and Liaoning revealed; China’s senior leadership rapidly promoting political newcomers | The great reshuffle: How China is changing up its provincial leaders ahead of the 20th Party Congress in 2022 | Post-70s generation CPC stars jockey for position ahead of 20th Party Congress in 2022 | Youngest provincial party leader a sign of change for women in politics?