With the impact of the pandemic putting pressure on local government budgets across China, the latest wave of salary reductions for civil servants has taken hold in Shanghai, with no quarterly bonuses given out in some cases. China’s financial capital has not been doing well since the two-month pandemic lockdown took a heavy toll on businesses and general operations. Can the city recover? 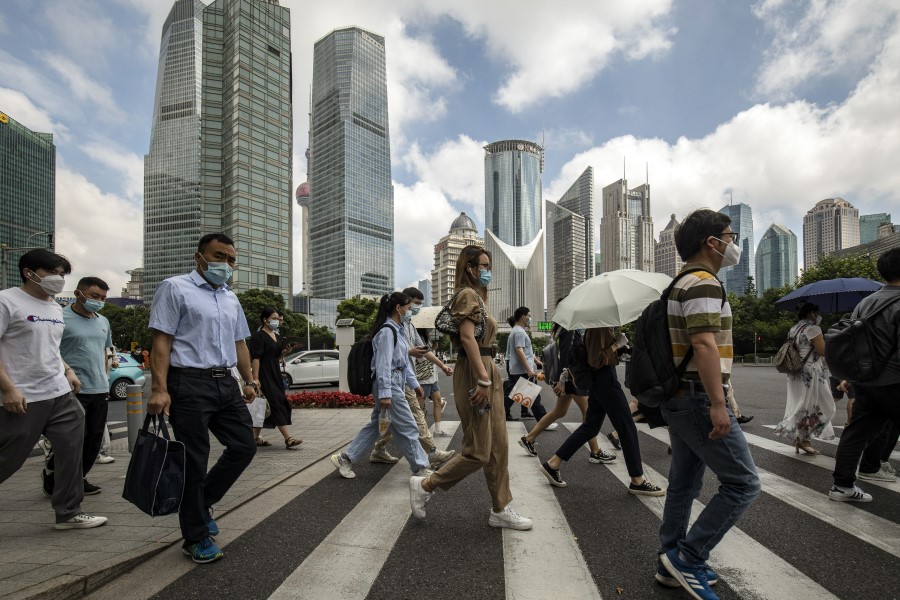 Candice Chan - 10 August 2022
Li Cheng, director of the John L. Thornton China Center of the Brookings Institution, notes that China’s emergence as an economic powerhouse has been accompanied by the rise to prominence of seasoned financial technocrats or self-taught experts. While these "new kids on the block" will most likely enter the new CCP Central Committee this fall for the first time, time will tell how they will respond to the many daunting economic and financial challenges at both the provincial and national levels.
Read more
Translated by Candice Chan on 29 June 2022

The axe of China’s civil service pay cuts has fallen on its wealthiest city, Shanghai. Some agencies are doing away with quarterly bonuses while some staff are having their salaries adjusted downwards. The “iron rice bowl” is expected to shrink drastically as the pandemic, falling income from land sales and various other factors compel local governments to reexamine their finances.

Recently, there was news that Jiangsu, Zhejiang and Shanghai had set up offices to implement civil servant salary reductions. Section-level cadres in Shanghai were said to have their annual salary reduced from 350,000 RMB (US$52,250) to 200,000 RMB, while subdivision heads had their salaries slashed from 240,000 RMB to 150,000 RMB.

Lianhe Zaobao understands that the cuts have been implemented to varying degrees. One worker in the legal service said there has not been a notification of salary cuts, but a grassroots worker shared that there was no bonus for this quarter, while a worker in another agency saw a slight reduction in their basic salary.

Harsher cuts expected in second half of the year

While the salary reductions are slight for now, civil servants Zaobao spoke to expect another round of harsher cuts in the second half of the year. One of them said that Shanghai’s pandemic situation has put the government under greater financial pressure, and end-of-year bonuses are expected to be smaller or even non-existent. “With the pandemic lockdown, work volume increased but the performance bonus has been reduced, which actually has a bigger impact than reducing basic salary,” the civil servant said.

... the past two months of pandemic lockdown have hit Shanghai’s economy hard...

... Shanghai is expected to see an 18% reduction in budget revenue in April, while the national average reduction is 4.9%.

Last year, the average public budget revenue in Shanghai was 777.2 billion RMB, with 92.2% financial self-sufficiency, the highest in China. But the past two months of pandemic lockdown have hit Shanghai’s economy hard, leading to a jump in pandemic-related expenses and adding to the financial pressures of the local government.

A report from Yuekai Securities said in April this year, budget revenue in China showed negative growth overall, with Shanghai’s general public revenue down by 48.2% year-on-year, higher than the national average of 41.3%, and also higher than other first-tier cities like Beijing, Guangzhou and Shenzhen. Even after discounting the policy-based reduction in revenue due to tax credit refunds to support private companies, Shanghai is expected to see an 18% reduction in budget revenue in April, while the national average reduction is 4.9%.

The fact that Shanghai had been more badly hit by the pandemic than other cities is an important reason for its sharper decline in fiscal revenue.

He added that taking industrial production as an example, the added value of industries above designated size decreased by 7.9 percentage points in April over the previous month, while Shanghai’s added value of industries above designated size fell 54 percentage points in the same period. The fact that Shanghai had been more badly hit by the pandemic than other cities is an important reason for its sharper decline in fiscal revenue.

In addition, China’s protracted housing market slump has reduced land revenue, adding additional pressure on local governments. Lu pointed out that while civil servants’ salaries across China are affected by cash-strapped local governments, the current round of pay cuts is more pronounced in developed coastal areas where civil service subsidies used to be higher.

Apart from Shanghai, provinces such as Zhejiang, Jiangsu and Fujian that had implemented pay cuts last year are also rumoured to be further reducing their civil service subsidies in the latter half of the year.

Public servants such as teachers and doctors have also been hit by the current wave of pay cuts. In mid-June, hundreds of teachers in Shandong’s Yantai went on strike and gathered outside a school to protest the fact that they have not been receiving their performance bonuses for nearly two years; not only that, they have been asked to refund roughly 100,000 RMB in wages and their salaries would also be reduced to what it was a decade ago. A primary school teacher from Fujian’s Xiamen also told Zaobao that her school would not be giving out performance bonuses this year and had asked them to return the 10,000 RMB bonus they had been given last year in the name of “paying an overdue tax”.

... the financial “tight balancing” situation among first-tier cities is likely to persist in the mid to long term.

Lu pointed out that the decrease in local revenue has not only affected the salaries of employees within the system but would also lead to lower hiring demand in local institutions. With a record number of new college graduates this year, many of them have chosen graduate school or civil service because of the gloomy job market.

Lu said, “A growing number of graduates are choosing to sit for the civil service exam but the civil service system is unable to absorb so many of them. With the growing imbalance in supply and demand, the unemployment issue will only get worse.”

On the other hand, Luo thinks that the financial “tight balancing” situation among first-tier cities is likely to persist in the mid to long term. However, measures put in place to facilitate the resumption of work and production and improve the business environment should help to alleviate some pressure and promote economic recovery.

Local governments should avoid extreme measures such as locking down the city as soon as one Covid-19 positive case is detected and strive to prevent the suspension of production, logistics and other key players in the field and stabilise the country’s industrial and supply chains to avoid triggering major economic and fiscal shocks.

Related: Post-lockdown Shanghai is as tense as ever | Covid-stricken Shanghai is down, but is it out? | Escape from Shanghai: The sorry state this megacity finds itself in | Can Shanghai meet its zero-Covid deadline and resume production? | Are the Chinese embracing the 'iron rice bowl' again?