For years, poor Chinese peasants, especially girls, were led to believe that they had failed their college entrance exams. Little did they know that schemers had misappropriated their identities. With a greater number of cases coming to light, some justice is being done. But many more steps still need to be taken, says Han Yong Hong, to show that the rights of vulnerable groups in Chinese society cannot be trampled on. 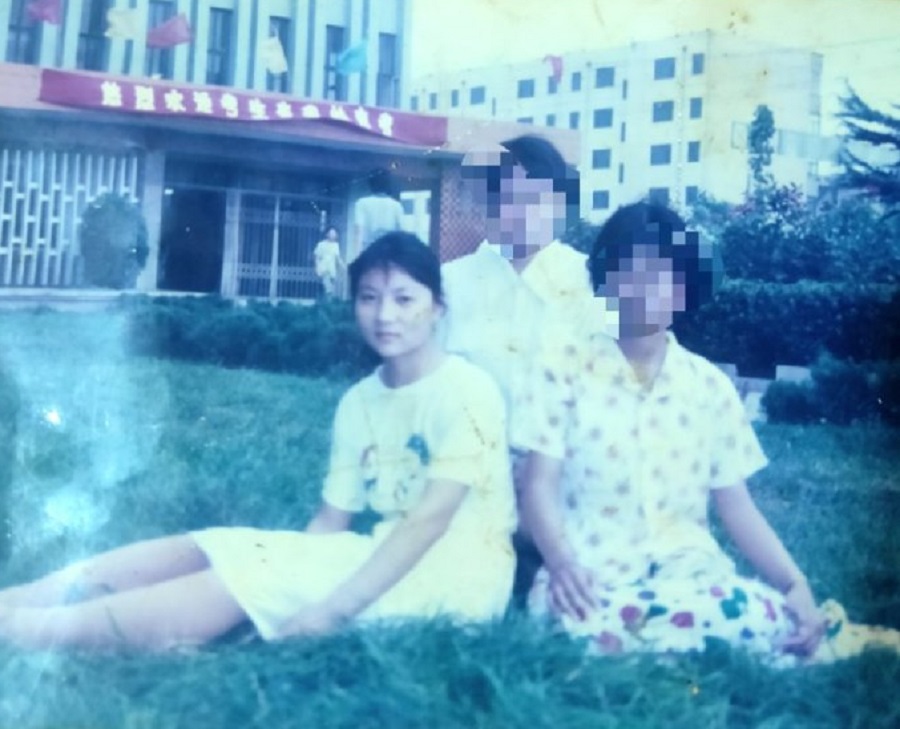 Gou Jing and her friends, taken a day before she took the gaokao in 1997. (Weibo)

Grace Chong - 25 November 2022
China’s resurgence of Covid-19 infections has widened the gap between the young workers opposed to the tightening of controls, and the older generation that feel safer with strict measures in place. Given that the elderly make up a high proportion of the Chinese population, Chinese authorities seem to be holding fast to the dynamic-zero policy. Zaobao correspondent Wong Siew Fong tells us more.
Read more
Translated by Grace Chong on 26 June 2020

16 years ago, Chen Chunxiu’s identity was stolen by an imposter who had used her gaokao (高考, National College Entrance Examination) results to gain admission into university. The poor peasant girl from Guan county, Shandong, had always blamed herself for not doing well enough to enter university. When she found out by chance recently that she had actually made the cut but had her “university dream” stolen from her, she was devastated.

Pandora’s box opened. After her misfortune was exposed, Chinese media dug up findings to show that when high schools in Shandong conducted a check on educational data between 2018 and 2019, a total of 242 people were allegedly involved in these imposter cases. The degrees conferred to these imposters between 2002 and 2009 were later revoked.

This was not the end of it. Gou Jing, also a peasant girl from Shandong, said on Weibo this week that her identity was also stolen for two consecutive years 23 years ago. Shockingly, one of the imposters was the daughter of her high school form teacher, who had used her results and gained admission into a university in Beijing.

“My results have always been excellent when I was schooling. I have always looked forward to university life but wasn't able to study in university in the end. So, when I bought my house later on, I bought one that was opposite a university. When I am free, I would often take a stroll in the university to experience how wonderful it would have been." - Identity fraud victim Gou Jing

From her interview with a television reporter in the apartment she shares with her husband in Huzhou, Zhejiang, it is evident that she now enjoys an affluent life after years of hard work and toil. Yet, the memory of being fooled in the past will forever be her regret. Though aggrieved, she did not sound sorrowful. Her matter-of-fact manner made the interview even harder to watch.

Where is truth and justice? Who should be held accountable? How do we prevent similar incidents from happening again? These questions were so hotly debated on Chinese social media sites that the topic “vulnerable groups rights protection” landed a spot in the list of the top 20 discussion topics on Weibo, alongside other popular news such as celebrity gossip and the second-wave Covid-19 outbreak in Beijing. Numerous netizens jumped on the bandwagon and shared similar experiences of their family and friends who also had their education or teaching positions stolen from them.

Objectively speaking, while the over 200 imposter cases along with Chen and Gou’s incidents have cast serious doubt on relevant educational institutions in Shandong, this is definitely not a problem unique to Shandong, neither is it where the problem is most serious.

Their high school form teacher was also involved in the case as he was the one who provided the Wang family with Luo’s gaokao results and other information.

Prior to this, two other cases also caused a sensation in 2009 and 2015 respectively. Hunan’s Luo Caixia and Henan’s Wang Nana both participated in the gaokao between 2002 and 2004 and became victims of identity theft.

Luo had her identity stolen by her classmate Wang Jiajun, daughter of a police officer working at the district’s public security bureau. Their high school form teacher was also involved in the case as he was the one who provided the Wang family with Luo’s gaokao results and other information. Wang Nana’s university admission letter, on the other hand, was offered to the imposter’s father by the high school’s deputy party branch secretary.

The perpetrators involved in both incidents were later punished. Former Minister of Public Security Meng Jianzhu personally launched a probe into the case, which led to Wang Jiajun’s father, Wang Zhengrong, being sentenced to two years in prison on account of forgery of official documents. The 13 people involved in Wang Nana’s case also received harsh treatment. Three of the 13 were suspected to have broken the law and handed over to the judiciary.

Life at the grassroots is cheap...yet easily stolen

That said, the imposters did not have to pay a high price, and neither did the victims receive much compensation. Luo had once filed a lawsuit against the nine suspects involved in her case and demanded compensation of approximately 100,000 RMB (roughly S$20,000) for her financial losses and emotional pain. The case later went through mediation and was settled with 45,000 RMB. Wang Nana had also filed a lawsuit against her imposter, her imposter’s father, as well as the admissions and examinations office, asking for a token compensation of 13 RMB. Until today, this case has yet to be heard.

Yet, the large number of impersonation cases shows how easy it is to neglect and trample on the rights of vulnerable groups in Chinese society at the grassroots level.

This begs a serious question. Relative to the consequences of impersonation, shouldn’t the impersonator also be punished accordingly? In actual fact, their ability to study in a university implies that they are adults who are fully capable of civil behaviour. Yet, as long as the victim keeps the incident under wraps, the perpetrators need only face the risk of having their degrees revoked, or in more serious cases, lose their jobs. In comparison, the peasant girls who had their university dreams stolen from them bear the consequences of having their destinies rewritten.

In Eastern society, educational equity is the foundation of social equality and justice. Yet, the large number of impersonation cases shows how easy it is to neglect and trample on the rights of vulnerable groups in Chinese society at the grassroots level.

The cases that were exposed also revealed that even families who were not very powerful could get away with identity theft, and that even if the victims learnt of the truth, there was “nothing they could do about it”, just like what Gou had described. The price they had to pay to protect their rights was so high that they dared not even think about it. This clearly reflects the power disparity at the grassroots, which is far worse than the situation in the big cities. Those who had their identities stolen were mainly females, revealing also the situation of gender inequality at the grassroots.

Fortunately, in recent years, the education data and background of high school students across China are now openly recorded online on the China Higher Education Student Information (CHSI) website. This makes identity theft more difficult, which is why the cases exposed currently are old cases from before 2009.

While no amount of money can compensate for the stolen life opportunities and lost youth of the victims, a significant amount of financial compensation awarded to the victim can serve as a strong deterrent.

However, such old cases must also be handled fairly. Identity theft involves a series of misdeeds done in secret. If public officials are suspected to be corrupt, they have to go through a thorough investigation. Universities should also grant the victims another chance to be enrolled, and the legal system should ascertain the imposter’s criminal and civil liabilities. While no amount of money can compensate for the stolen life opportunities and lost youth of the victims, a significant amount of financial compensation awarded can serve as a strong deterrent.

Such an approach sends a signal and shows a certain attitude towards these crimes. It emphasises that the rights of the vulnerable are rights that nobody should take lightly or trample on. One must not think that once identity theft has happened, it becomes an indelible reality. Neither should perpetrators continue to hold victims at the lower rungs of society hostage, thinking that they would not resist if they did so. An equal and just society is slowly built and strengthened through various minor tinkerings.

Related: China's university admissions conundrum: Who should have priority? | In China, you are your score | 'Mother hens' in China: A phenomenon of East Asian attitudes to education?