US academic: Learning Chinese is another political battleground for China and the US

Harvard University recently announced that it would be relocating its Chinese language summer programme from Beijing to Taiwan. Wu Guo notes the irony that while mainland China has been accused of using Confucius Institutes as propaganda vehicles, Taiwan doesn’t come under similar suspicion as it moves in to fill the gap for Chinese language teaching. Under the current tense milieu, can learning the Chinese language ever be simply just that? 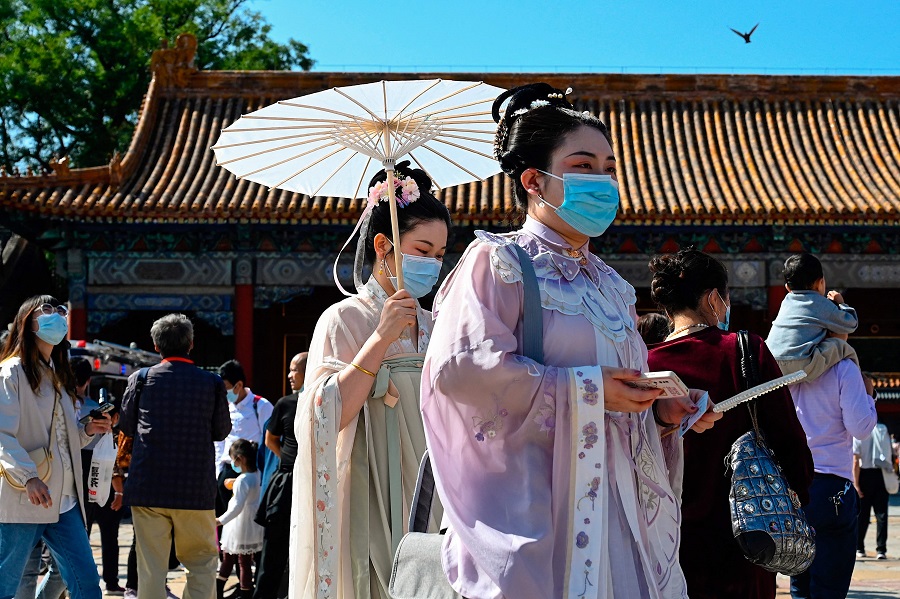 Grace Chong - 30 January 2023
Amid ongoing tensions, a high-level visit by US Secretary of State Antony Blinken to China in the coming week shows hope for improved relations between the two economic powerhouses. Zaobao correspondent Yu Zeyuan notes that while the meeting may not produce practical results, it is a much needed exchange to manage and control China-US relations from worsening.
Read more
Translated by Grace Chong on 27 October 2021

After some disputes with Beijing Language and Culture University, Harvard University announced that it would relocate its Chinese language summer programme from Beijing to Taipei (National Taiwan University) next year. With this move, the Harvard Beijing Academy will also be renamed the Harvard Taipei Academy. Beijing Language and Culture University has since denied some of the allegations made by Harvard and asked for clarifications.

From a Voice of America Chinese report about this development, I noticed a few issues. Firstly, even as the US is accusing Confucius Institutes of being language teaching institutions with political goals, Taiwan seems to have escaped the political taboos associated with teaching the Chinese language. According to the report, chair of National Taiwan Normal University’s Department of Chinese as a Second Language, Tsai Ya-hsun, noted that Taiwan and the US signed a US-Taiwan Education Initiative at the end of last year, and highlighted Taiwan’s important role in teaching the Chinese language and the great efforts made to expand Taiwan’s influence in this area.

She said that with support at the national strategic level, Taiwan’s Ministry of Education has been more willing to subsidise the funding for cooperation between ten Taiwan universities and 21 American universities, which invites American students to learn Chinese in Taiwan and also sends Taiwan teachers to teach in the US.

However, because there have been voices among the Taiwan authorities and the public clamouring for de-sinicisation, slogans such as “highlighting Taiwan’s important role in Chinese teaching” and “laying a solid Chinese foundation for outstanding Harvard students'' seem paradoxical and even laughable. Since the authorities advocate de-sinicisation, then why not just eradicate everything Chinese? Why the need to use the Chinese language as its calling card in asserting its influence? After all, we must not forget that the Chinese language is the core of Chinese culture.

The fact that Taiwan has taken over from or vied with Beijing for the chance to teach Chinese and transmit Chinese culture shows that Taiwan still identifies with and relies on Chinese language and culture. Or, it at least understands that these areas are Taiwan’s higher education institutions’ selling points in the international arena.

This political motivation for learning a language is also not fundamentally different from the US’s accusations about the political aims of Confucius Institutes, and again demonstrates the fact that large-scale transnational language learning and teaching has always been a political battleground.

Secondly, the report also quoted Chou Hsiang-hua, director of Tamkang University’s Chinese Language Center, saying that from a national security perspective, the US government must learn Chinese if it wants to understand its opponent China. Thus, the US has a greater and more urgent demand for Chinese talents. Since there are obstacles to US-China exchanges, Taiwan has become the best springboard for Americans who want to learn Chinese, Chou explained.

This point proves an observation I have long made of the Americans that their main aim of learning Chinese is to fulfil military, security, and diplomatic needs — that is, to understand their opponent, China. This political motivation for learning a language is also not fundamentally different from the US’s accusations about the political aims of Confucius Institutes, and again demonstrates the fact that large-scale transnational language learning and teaching has always been a political battleground.

In fact, among the armies of people learning Chinese abroad, most Asian students are motivated by their own interest and admiration for Chinese culture, while Americans are mostly driven by political and security aims. Moreover, Chou calling Taiwan a springboard shows that Taiwan not only views itself as a guardian and promoter of the Chinese language, but it is somewhat glad to have gotten one up on the mainland, even at its own expense. Thus, it welcomes Americans to Taiwan to learn Chinese with open arms.

Mainland China still has an edge

Thirdly, historically speaking, talk that the US will increasingly relocate its centre of Chinese learning from mainland China to Taiwan is not entirely accurate. This is because in the period after the People’s Republic of China was proclaimed in 1949 and before reform and opening up, Taiwan had erstwhile been the international centre for Chinese teaching and almost all American sinologists who grew up during the Cold War period would have had some experience learning Chinese in Taiwan.

But as soon as mainland China opened up, sinologists from around the world, ordinary overseas students, descendants of overseas Chinese and trainees from multinational companies looked to mainland China, and many converged on the Beijing Language and Culture University which boasts of the most relevant teaching experience and prowess in scientific research. As students from all around the world flocked to this university, it got the moniker “Little United Nations”.

Additionally, furthering one’s studies in Beijing is not only about studying in classrooms; one gets a chance to soak in Beijing’s rich cultural heritage as an imperial capital and walk the streets, not to mention interacting with the locals while travelling across China’s vast and diverse regions which are undergoing great change. I have visited Taiwan three times myself and while I have a great impression of Taiwan, I do not think that Taiwan can replace mainland China in this respect.

Under the current international situation, it is an indisputable fact that the US is far more motivated to understand mainland China than Taiwan.

Perhaps because of these reasons, Professor William C. Kirby of Harvard University’s Fairbank Center for Chinese Studies and the Harvard Center Shanghai, an expert on Republic of China history with deep knowledge of both sides of the Taiwan Strait, clarified that not only is Harvard University not fully retreating from its engagement with mainland China, it is “actually seeking every way possible to deepen it”.

This is because truly wise American scholars are aware that regardless of motivation, withdrawing from mainland China and moving to Taiwan will fundamentally worsen the quality of the US’s understanding of and research on China. Under the current international situation, it is an indisputable fact that the US is far more motivated to understand mainland China than Taiwan.

In terms of language learning itself, simplified Chinese is already used by over a billion Chinese, including foreign learners learning Chinese as a second language. But the aforementioned “new trend” is instead bringing students back to a place where the more complicated traditional Chinese characters are being used on a daily basis, which is misaligned with actual trends. Assuming that learners would have to learn both traditional and simplified Chinese characters when they arrive in Taiwan, this would undoubtedly add unnecessary stress on Americans who already find learning either writing system very difficult.

In terms of pinyin rules, mainland China’s hanyu pinyin system is already accepted by the cataloguing and retrieval systems of libraries around the world. Some Chinese scholars who come from Taiwan but write in English in the US also accept and use hanyu pinyin in their publications. From my personal observation, Taiwan is currently at the awkward stage of using both the Wade-Giles romanisation system created by missionaries in the late 19th century and mainland China’s hanyu pinyin.

If American students still need to learn hanyu pinyin and simplified Chinese despite the fact that it is inconsistent with Taiwan society when they arrive in Taiwan, then Taiwan’s advantage is not obvious at all. While all American universities can make the same decision as Harvard, they would need to bear the consequences themselves too.

Related: A one-sided relationship: China-US education exchange | Trading places: A confident China and an insecure America? | Taiwan is America's best asset against China, but for how long? | A 'barbaric act' or 'bogus accusations'? Cross-strait hostilities continue to rise