In the digital era we live in, seven “super platforms” in the US and China constitute two-thirds of total market value worldwide. Yet we hardly see any significant joint efforts or “healthy competition” between the US and China to help combat digital divides in the least developed countries. These are places where more than 80% of the population are still offline and the problem has been compounded by the pandemic. How can the US and China do more where help is most needed? 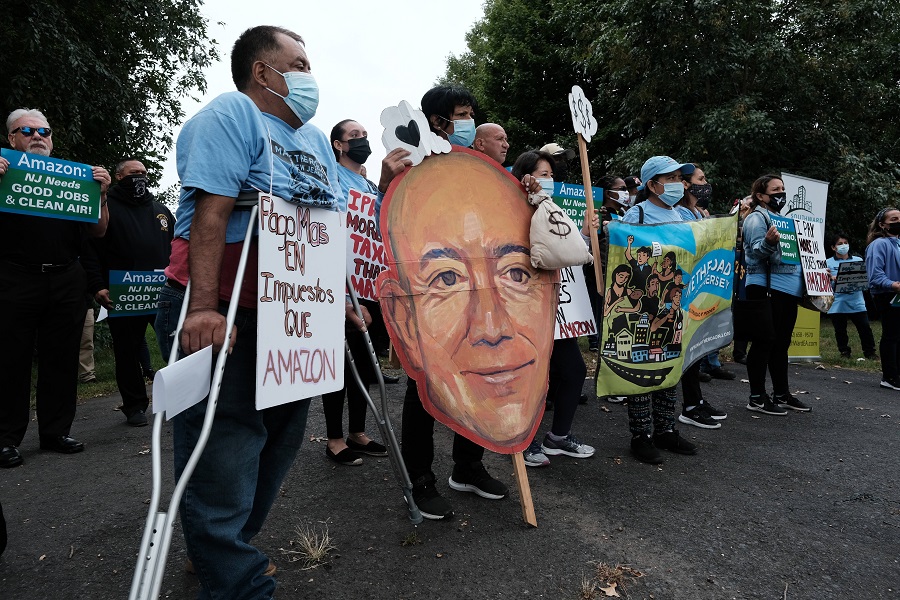 Grace Chong - 10 August 2022
Academic Ngeow Chow Bing takes stock of the "one China" policy of Southeast Asian countries, noting changes in interpretations over the years and their subtle differences from China's "one China" principle and the US's "one China" policy. He warns that US House Speaker Nancy Pelosi’s visit to Taiwan has exacerbated cross-strait tensions and could further limit Taiwan's international space in Southeast Asia.
Read more
Translated by Grace Chong on 6 October 2021

The Covid-19 crisis has interrupted daily life and business routines across the world, caused a massive loss of millions of lives, and exacerbated economic disparities within and between countries. Covid-19 has also revealed fundamental challenges in the international order. As Dr. Kissinger has asserted, “the world will never be the same after the coronavirus.” One can reasonably expect that cynicism regarding regional and global integration, as well as radical populism, racism, ultra-nationalism and xenophobia, will likely continue to rise around the world.

At this critical juncture, it has become even more essential to examine the urgent challenges that the world confronts and to engage in global cooperation instead of devolving into constant contention and confrontation. One of the most urgent tasks for the international community is to overcome growing digital divides.

Digital divides in least developed countries (LDCs) have been particularly salient, as digitally disconnected populations have been left further behind during the pandemic. The US and China, two superpowers in the digital era, should work in tandem with the international community to jointly combat digital divides and Covid-19.

The expansion of digital divides in LDCs

Despite the global growth of digital technologies, a 2021 United Nations report noted that nearly half of the world’s population, 3.7 billion people, lack internet access. Deficiency of digital connectivity is especially prevalent within LDCs, where more than 80% of the population are still offline. In comparison, the unconnected population in developed countries and developing countries stands at 13% and 53%, respectively.

LDCs account for about 14% of the world’s population, and they comprise more than half of the world’s extremely poor. Digital divides both reflect and reinforce socioeconomic disparities. The pandemic has aggravated existing inequalities, often resulting in a widening gap of digital skills.

As a result of Covid-19-induced economic difficulties, the population of extreme poor in LDCs expanded by 32 million, and the number of people in poverty in LDCs grew to 36% in 2020, 3% more than in prior years. More specifically, LDCs lag further behind in the following three areas.

...technology often enhances the tension and animosity between the haves and have-nots both locally and globally.

In 2018, prior to the Covid-19 crisis, over 70% of the population in developed countries purchased goods and services online while only 2% in LDCs did the same. The digital divide deprives workers and consumers in LDCs of the opportunity to benefit from e-commerce on both the supply and demand ends.

People in LDCs have been unable to access essential health care information during the pandemic. Moreover, LDCs in Africa have particularly been disadvantaged in terms of obtaining vaccines. By mid-September 2021, of the nearly six billion doses of vaccines distributed globally, only 2% have been injected in Africans. According to a recent report released by the United Nations, Africa faces a shortage of 470 million doses of vaccine in 2021.

Approximately 1.6 billion students around the world faced disrupted education in 2020. While online education and digital learning filled the gap during the Covid-19 shutdown, more than half of the world’s young people are “on the wrong side of the digital divide”. About 826 million students do not have access to a computer at home. The difference is particularly stark in LDCs. In sub-Saharan Africa, 89% of learners lack access to computers at home, and 82% lack internet access.

These growing digital divides and economic disparities in the Covid-19 era highlight the fact that technological revolution on its own cannot bring inclusive economic growth or distributional justice. On the contrary, technology often enhances the tension and animosity between the haves and have-nots both locally and globally.

The priorities and perspectives of major powers differ significantly when it comes to cyber issues. But this should not prevent the US, China and others from addressing common challenges such as digital divides. Major countries have the convening power to establish and reinforce international rules, norms, standards, principles and codes of conduct. They also have greater financial and human resources to make combating digital divides feasible at the global level.

According to the Digital Economy Report 2019 released by the United Nations Conference on Trade and Development, prior to the Covid-19 pandemic, the US and China accounted for 90% of the market capitalisation of the world’s 70 largest digital platforms. Europe’s share was 4% while the combined share of  Africa and Latin America was only 1%. Seven “super platforms” in the US and China — namely Microsoft, Apple, Amazon, Google, Facebook, Tencent and Alibaba — constitute two-thirds of total market value worldwide.

This may explain why there is so much resentment directed toward these “tech hegemons”. Probably for the same reason, about 50,000 Americans signed an online petition stating that Jeff Bezos should not return to earth after his space journey.

But unfortunately, we have hardly seen any significant joint efforts or “healthy competition” between the US and China, on either the governmental or industrial fronts, to help combat digital divides in LDCs. Additionally, as the pandemic enters its third year, there has been a striking absence of governmental cooperation between the US and China on Covid-19. Instead, some people in both countries have engaged in a blame game, fought propaganda wars, and promoted conspiracy theories.

Geopolitical fault lines are beginning to form, with technology being a central domain of competition and conflict. As former Google CEO Eric Schmidt and distinguished Chinese political scientist Yan Xuetong have respectively noted, there would be a “bifurcation into a Chinese-led internet and a non-Chinese internet led by America”, and the US and China would not provide “joint global leadership for the emerging digital world”. Instead, the two countries are shaping what Yan calls “a duopolistic digital world” with two separate and competing centres.

These zero-sum competitions are extremely dangerous at a time of unprecedented technological revolution, especially with the rapid advance of artificial intelligence. In the digital era, neither America nor China, Russia or the EU can prevent a catastrophic cyberattack, which may not come from a major power, but from a marginalised group, a radical extremist, or even a “machine”.

It’s time for both countries to make common cause to ensure that the digital and increasingly interconnected world is built on a strong foundation of international dialogue, engagement, respect, distributional justice, humanitarianism and a sense of shared destiny.

For now, international joint efforts to combat Covid-19 — particularly in LDCs — should be a top priority. Policy makers in both Washington and Beijing should focus on the future instead of dwelling in the past.

The US (with generous contributions from the private sector, NGOs, civil society organisations, and individuals) has already donated US$4 billion to COVAX for vaccine distribution in the neediest foreign countries. China, as President Xi Jinping committed in his recent UN Assembly speech, will provide 2 billion doses of vaccine to foreign countries this year. In an international conference recently held in China, Chinese Vice-Premier Liu He called for “overcoming digital divides to achieve inclusive growth”.

The US and China can complement each other in this effort. The US has an extensive network of global health programmes — through the Centers for Disease Control and Prevention (CDC), United States Agency for International Development (USAID), and other agencies — with a legacy of providing medical and public health support to the developing world. China has a strong capacity for manufacturing and logistics. Data-sharing and transparency remain imperative to fighting emerging variants and determining the efficacy and safety of vaccines and drug development, especially for those digitally disconnected countries.

It’s time for both countries to make common cause to ensure that the digital and increasingly interconnected world is built on a strong foundation of international dialogue, engagement, respect, distributional justice, humanitarianism and a sense of shared destiny.

Related: China's top infectious diseases expert Zhang Wenhong: Division stands in the way of defeating the pandemic | What can China and the US cooperate on now? | How Chinese vaccines are paving the way for China’s Health Silk Road