With Ant Group's record $34.5 billion IPO suspended, what happens next?

Jack Ma’s fintech company Ant Group had it all planned out. It would bypass American stock exchanges and proceed with a dual listing on the Hong Kong Stock Exchange and Shanghai’s STAR Market, which would have raised an estimated US$34.5 billion, the biggest IPO in history. Now that the IPO has been suspended, what happens next? 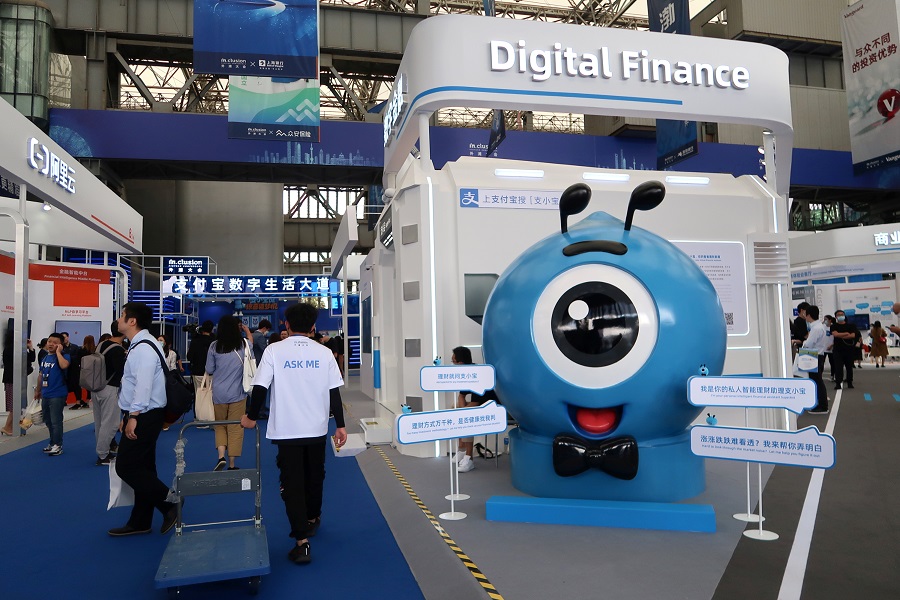 A booth of digital finance products is seen at a fair during the INCLUSION fintech conference in Shanghai, China, 24 September 2020. (Cheng Leng/Reuters)

Grace Chong - 13 May 2022
Despite the decline in daily new Covid-19 cases over the past week, Shanghai has seen stricter anti-epidemic controls implemented to the point of absurdity. Zaobao correspondent Yang Danxu highlights the stranger-than-fiction happenings in Shanghai that have sparked public outrage and shaken people’s confidence in China’s zero-Covid policy.
Read more
Translated by Grace Chong on 30 October 2020

So much has been written about the much anticipated listing of Ant Group on the Hong Kong Stock Exchange (HKEX) and Shanghai’s STAR Market (officially known as the Shanghai Stock Exchange Science and Technology Innovation Board) in early November. The dual listing which was expected to raise an estimated US$34.5 billion would have been the biggest IPO in history.

The plan was to divide the IPO shares equally between the two markets, 1.67 billion IPO shares on HKEX at HK$80, and 1.67 billion shares on Shanghai’s STAR Market at 68.8 RMB. Many international investors, including Singapore’s GIC and Temasek, had indicated interest, and Ant’s shares were heavily oversubscribed. The high demand suggested that the IPO would perform well.

Thus the announcement on 3 November that Ant’s IPO would be suspended, two days before it was to be listed, was shocking and unprecedented. The withdrawal after all the hype left investors astounded.

Why Did Ant shun a US listing?

It had seemed strategic for Ant not to follow in the footsteps of Alibaba to list on NYSE. The political spat and trade tension between China and the US, the tightening of listing and reporting requirements for Chinese companies listed on US exchanges, and potential sanctions make a US listing unattractive. Ant’s intended dual listing bypassing US stock exchanges was a response to the inhospitable US climate which had seen Chinese companies, already listed in the US, pursue secondary listings closer to home.

Ant’s business is undoubtedly exposed to regulatory risk as a fintech company waltzing closely around a heavily regulated financial sector although some argued otherwise. For example, Chinese regulators made it a requirement for all online payment service providers to route mobile and Internet payments involving bank accounts via NetsUnion or UnionPay from 30 June 2018. The regulatory development had repercussions but Ant managed to overcome the impact through its mutually beneficial relationships with these payment networks. But such arrangements may be difficult for Ant’s cross-border expansions. For example, the US blocked Ant’s acquisition of MoneyGram in 2018 citing national security concerns.

Reasons for the suspension

There were concerns about Ant meeting the heightened disclosure, issuance and listing requirements arising from recent financial regulations to protect consumers and investors. Regulators have drafted amendments to the rules that govern financial services provided by Ant and other financial technology companies. Ant’s revenue from its digital finance technology platform which delivers credit, investment and insurance services has grown at a rapid pace, making up more than 50% of Ant’s total revenue in 2019. The new regulations limiting online lending and fees charged, are likely to materially affect Ant’s profits, growth prospects and hence valuation. Ant has responded with its intent on reforms to meet new requirements.

The decision to postpone the listing is also linked to the recent rhetoric from Jack Ma, who criticised the Chinese regulators for not keeping up with the changing financial landscape.

The decision to postpone the listing is also linked to the recent rhetoric from Jack Ma, who criticised the Chinese regulators for not keeping up with the changing financial landscape. The dramatic reaction from the regulators highlights the cost of public confrontation on sensitive topics such as fair dealings and consumer protection.

The drastic decision to put off Ant’s listing highlights the clash between large-scale disruptive financial innovation brought about by the fintech company and the regulators’ preference for stability. The role of traditional financial institutions in the transmission of monetary policy and the regulatory control over fintech companies are deemed essential in maintaining a stable economic system.

This is not the first time that Ant’s IPO plans have stalled. In 2017 and 2019, Ant put its IPO plans on the back burner voluntarily. The difference this time is the heavy hand of the regulators. It shows how the wind can turn if the power play is not properly handled.

It is difficult to tell how Chinese companies, particularly those in the fintech area, will react in terms of where they will choose to list. While some Chinese companies previously listed on NYSE and NASDAQ have moved their listing closer to home, others continue to flock to the US for their primary listing. US continues to be the listing venue for companies interested in raising additional capital in the years after IPO. At the same time, the high appetite for investing in Chinese technology firms, as we saw in the huge oversubscription for Ant, is not likely to fade away. Indeed, the manner in which the Chinese regulatory landscape evolves has important implications for its attraction as the preferred listing venue for raising capital by innovation-driven technology companies.