Beijing gears up for Winter Olympics amid Omicron threat

Beijing is about to make history by becoming the first city to host both the Summer and Winter Olympic Games. Despite being a country that had a late start to winter sports and being hit by the Omicron variant lately, how will China push through and deliver a “safe, streamlined and splendid” event as promised? 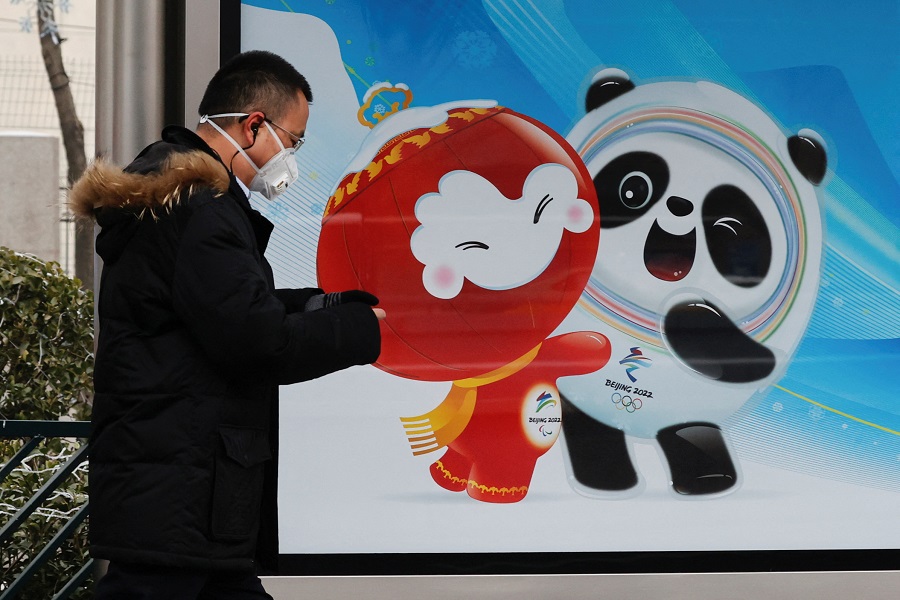 Grace Chong - 23 November 2022
US academic Wu Guo looks at the recent online furore over the mushrooming of state-run communal canteens in China and offers his views from the US. While providing food for the needy should be part of the state's responsibility, there should also be space for civil society, private enterprises and the public to play a role to create kind and healthy communities.
Read more
Translated by Grace Chong on 27 January 2022

In a week, Beijing will become the first city in more than 120 years of modern Olympic history to host both the Summer and Winter Games. Beijing was the site of the Summer Olympics in 2008 and is gearing up for the Winter Games starting 4 February.

Even after the successful 2008 Summer Games, Beijing faces unprecedented challenges as the rapidly spreading Omicron variant of Covid-19 breaks through China’s “zero-Covid” strategy.

The Winter Games will take place in Beijing, its suburb Yanqing and Zhangjiakou, a remote city in neighbouring Hebei province, none of which is a traditional winter sports destination such as previous hosting cities in Nordic countries. China hopes the Winter Olympics can help boost the public’s participation in winter sports and the development of the ice and snow sports industry.

Athletes and support staff from around the world are arriving in Beijing. The world is watching to see whether Beijing can pull off a “safe, streamlined and splendid” event as promised.

The protocols are similar to those of the Tokyo Olympics last summer but more stringent.

Over the course of 19 days, more than 2,000 athletes and more than 25,000 trainers, support staff and journalists are expected to converge on Beijing and neighbouring facilities. All participants will be inside a “closed loop” physically separating them from the local population. The protocols are similar to those of the Tokyo Olympics last summer but more stringent.

All participants must test negative for the coronavirus multiple times before they are allowed to board specially arranged flights to Beijing. From the moment they arrive at the Beijing Capital International Airport, they will enter a designated area known as a bubble and then take dedicated transport to their destinations.

All participants going into the loop must be fully vaccinated at least 14 days before arriving in Beijing. Anyone not vaccinated because of medical exemptions will have to quarantine for 21 days. Everyone will be tested daily.

Any participants found infected with Covid-19 during the Games will be sent to designated hospitals set up near the three venues. They will be released from quarantine only after symptoms of infection disappear and nucleic acid tests show negative results twice.

Ahead of the arrival of participants, thousands of Olympics-related staff, volunteers, cleaners, cooks and drivers have been quarantined inside the loop since 4 January and will stay inside until the end of the Games.

Starting 23 January, all athletes including those who are vaccinated will be allowed to travel only between the venues and participate only in activities related to their training and competition.

A special team of workers will collect all waste generated by athletes and store it at several temporary storage sites inside the loop before they are centrally disposed of after the Games, Beijing Olympics officials said.

In October, the Beijing Winter Olympics conducted a trial of the system. More than 2,000 athletes, technical officials and scoring professionals participated, and fewer than ten positive cases were detected among foreign athletes.

But that was before the Omicron variant emerged. Compared with previous variants, Omicron spreads faster and has a shorter incubation period. Community transmission often occurs by the time it is detected. The risk of outbreaks among Olympics participants as well as to the wider community remains significant.

Beijing originally planned to sell tickets for the Games to the public within China. But two days after the city reported the first local Omicron case on 15 January, organisers announced that no tickets would be sold. Instead, only “selected” spectators will be invited to watch the Games in person. The organisers did not specify where the spectators will come from, but they are expected to “strictly abide by the Covid-19 countermeasures before, during and after each event so as to help create an absolutely safe environment for the athletes.” Ticket revenue was originally estimated at US$118 million.

China has also pledged to power the Winter Games using only wind, hydro and solar energy.

In addition to safety, green is another priority of the Beijing Winter Olympics. As China’s first global sports event after the country announced its goals to peak carbon dioxide emissions by 2030 and achieve carbon neutrality before 2060, the Winter Olympics promises to be carbon-neutral.

China has also pledged to power the Winter Games using only wind, hydro and solar energy. More than 800 hydrogen-powered buses are being put into service for transportation and logistics during the Games.

The National Ski Jumping Centre in Zhangjiakou uses a silicon sand honeycomb rainwater self-purification system to treat and make use of rainwater and snowmelt water.

Even though China has been a top competitor at the Summer Olympics, netting the second-most medals only after the US, its performance at the Winter Games has been less impressive.

When bidding for the hosting rights in 2013, China pledged to motivate 300 million participants in snow and ice sports by hosting the Winter Olympics.

The three provinces in northeast China as well as Xinjiang and Inner Mongolia have geographic and climate conditions comparable to those of the Nordic countries, but in general there are still insufficient numbers of ice and snow sports facilities with uneven quality.

In recent years, China has reached a series of cooperation agreements on winter sports with countries such as Norway and Finland. In 2019, Zhangjiakou became sister cities with Lahti, a small ski resort town in Finland, which provides advice on preparations for the Winter Olympics. China also sent hundreds of hockey and skiing athletes to train in Finland. Finland’s Kisakallio sports training centre opened a branch in Shanghai and plans to open 20 training schools in China.

China is also promoting winter sports in schools. By setting up courses and organising extracurricular activities, the country is trying to cultivate interest among primary and middle school students in ice and snow sports. As of the end of 2020, there were 1,027 schools providing winter sports courses. The proportion of students who participated in such courses rose from 3.9% in 2018 to 6.7% in 2020.

In 2019, the General Administration of Sport and eight ministries issued a development plan for the ice and snow sports equipment industry, calling for improving domestic supply capacity in the industry.

This article was first published by Caixin Global as "Cover Story: Beijing Gears Up for Winter Olympics Amid Omicron Threat". Caixin Global is one of the most respected sources for macroeconomic, financial and business news and information about China.

Related: China has a zero-Covid policy. Can it pull off a spectacular Winter Olympics? | Winter Olympics: 13 years later, 'Beijing welcomes you' no more? | Beijing Olympics diplomatic boycott: Does China care? | Will the West boycott Beijing's Winter Olympics over Xinjiang? | Does China still need Olympic gold medals to prove its worth?