Amid punishments meted out to Chinese private enterprises such as Alibaba, President Xi Jinping’s recent visit to various private enterprises was seen as a way for the Chinese government to assure companies that the state would still be supporting them. However, the status of private enterprises has always been a little fuzzy in China. Companies feel that they are at a disadvantage when competing with state-owned enterprises and may be reined in when they grow too large. Zaobao associate editor Han Yong Hong looks for a way out. 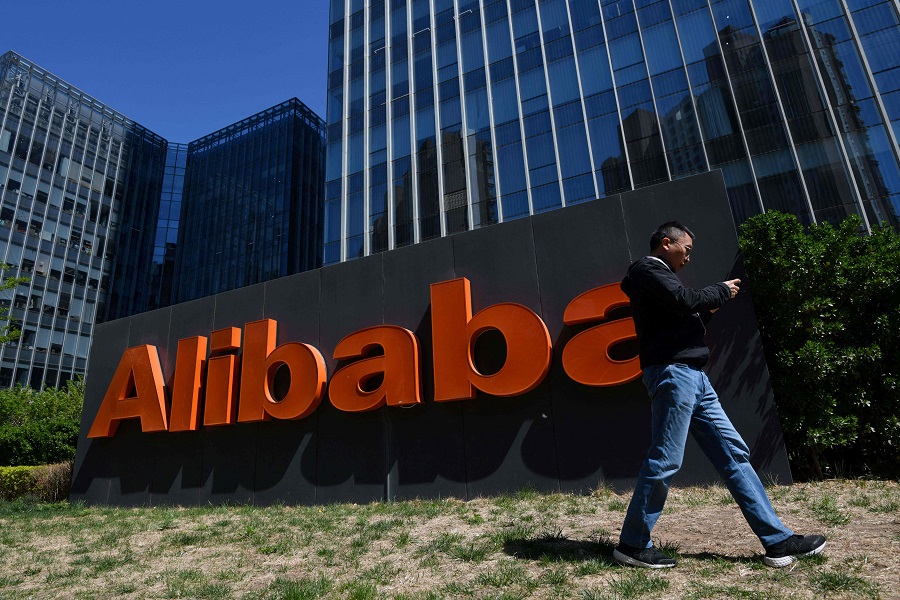 A man walks past an Alibaba sign outside the company's office in Beijing, China on 13 April 2021. (Greg Baker/AFP)

Grace Chong - 28 June 2022
While some pundits have it that Iran sees gaining full membership of the Shanghai Cooperation Organisation in terms of geopolitics, Fan Hongda thinks that the more bread-and-butter concern of strengthening economic and trade cooperation is on its mind. But this is not to say that Iran does not harbour ambitions of playing a greater regional role.
Read more
Translated by Grace Chong on 30 April 2021

General Secretary of the Chinese Communist Party (CCP) Xi Jinping recently left Beijing on an inspection trip. He first attended the commissioning ceremony of the People’s Liberation Army Navy’s three new warships in Hainan last Friday then made his way to Guangxi. There, he visited a memorial park dedicated to the Battle of the Xiangjiang River during the Long March in the 1930s, paying tribute to the martyrs of the CCP revolution. He then inspected rural vitalisation and ecological protection projects, and visited large enterprises and the Anthropology Museum of Guangxi. Xi also went to the Luosifen Production Hub in Liuzhou, a food-processing zone producing the local speciality luosifen (螺蛳粉, lit. river snail rice noodles).

He [Xi Jinping] encouraged private businesses to “develop boldly and with confidence”.

Snail noodles snapped up at anything but a snail’s pace

What is luosifen, and why has it attracted the attention of Xi? Luosifen is a smelly, sour, and affordable Liuzhou street snack. River snails are used to enrich the broth of the rice noodles (hence the luosi (螺蛳) in its name). Snail meat is typically not part of the dish made up of red and spicy soup broth and rice vermicelli topped with pickled bamboo shoots, tofu skin, peanuts and so on.

Around 2014, with support from the Liuzhou local government to scale up the production of luosifen, instant pre-packaged versions of luosifen were produced and marketed by internet celebrities. During the Covid-19 epidemic in China last year, this peculiar snack suddenly became insanely popular. The livestreams of various bloggers teased the taste buds of many people holed up at home; the snack was sold out instantly, unleashing a “螺蛳粉自由!” (lit. luosifen freedom) discussion where 60 million fans shared their stories of bliss and freedom eating luosifen.

Chinese livestreamers Viya and Austin Li, as well as singer Lu Han have all marketed luosifen, while Chinese video blogger Li Ziqi has even formed a strategic partnership with the Liuzhou Municipal Commerce Bureau to launch “Li Ziqi Luosifen” (李子柒螺蛳粉).

During his special inspection of the Luosifen Production Hub in Liuzhou on 26 April, Xi said that it was not easy to develop a small rice noodle business into such a large industry. He affirmed the entrepreneurial spirit of private enterprises and said that the CCP and state would “give them support” when they encountered difficulties and offer guidance when there was any confusion. He encouraged private businesses to “develop boldly and with confidence”.

The special mention of developing “boldly and with confidence” is clearly made to pacify and reassure private enterprises following the recent punishments meted out to various private Chinese firms.

In recent months, several large private businesses have seen difficult times. Jack Ma’s Alibaba Group was given an 18.2 billion RMB (S$3.73 billion) fine for violating the anti-monopoly law; Chinese agri-tycoon Sun Dawu and his family were arrested on charges of illegal fundraising, obstructing public service and illegal mining; and Meituan is currently being investigated for suspected monopolistic practices following the Alibaba debacle. It was also reported yesterday that Tencent could be faced with a massive 10 billion RMB fine for alleged monopolistic practices.

Alibaba, Ant Group, Tencent, and Meituan were once the pride of China’s private sector that was thought to have limitless potential. However, since Ant Group’s IPO was suddenly halted on the eve of its listing, more trouble has been brewing. At the Central Economic Work Conference held last December, “strengthening anti-monopoly efforts” and “preventing the disorderly expansion of capital” were for the first time listed as some of the most important tasks of 2021. These signals and frequent mentions of “the state advances and the private sector retreats” (国进民退) and the “exit theory of private enterprises” (民企退场论) in 2018 sent shivers down the spines of many private enterprises.

At the same time, over the past few years, higher-ups in the CCP have continued to give assurance to private enterprises at key points in time and in a targeted manner. Apart from the latest encouragement to “develop boldly and with confidence”, Xi also met with members of the economic committee of the Chinese People's Political Consultative Conference National Committee during the “Two Sessions” last year. When the financial environment of private enterprises deteriorated in 2018 and gave rise to the “exit theory” mentioned above, Xi held a symposium on private enterprises, emphasising that “private enterprises and private entrepreneurs belong to our own family”. He told entrepreneurs not to listen to or believe in “any word or action that denies, doubts or wavers over the country's basic economic system” because they are “not in line with the principles and policies of the party and the country”. He added, “All private companies and private entrepreneurs should feel totally reassured and devote themselves to seeking development.”

The authorities do not aim to destroy high-profile private enterprises.

Giving free rein versus reining in when necessary

There is no reason to doubt the higher-ups’ willingness and sincerity in supporting the development of private enterprises. Otherwise, Alibaba’s punishment would have been more than just a fine. The authorities do not aim to destroy high-profile private enterprises. Yet in terms of supervising a large and complex economic and financial system and keeping up with the rapid changes in enterprise innovation, regulatory authorities are indeed facing a regulatory lag, insufficient technical measures, and contradictory ideals.

On one hand, China certainly needs an innovative and lively private economy. On the other hand, the leaders strongly believe that the state must maintain a high degree of control over the economy and finance, and only with sufficient power over these areas can emerging challenges be effectively dealt with and resolved. This is how senior Chinese officials understand “stability”. Thus, when an enterprise grows so large that it can evade the country’s control, the country becomes worried.

... since there is nothing wrong with the expansion of capital, under what circumstances would it become a “disorderly expansion”?

Nonetheless, it is true that China’s tech companies have exhibited monopolistic behaviour, hindered fair competition and harmed the interests of consumers. And this problem is not unique to Chinese tech companies; European and American companies face the same problem too. It is just that China’s basic economic system is such that public ownership is dominant. Hence, the status of private enterprises is always a little fuzzy and companies generally face difficulties in financing and have a competitive disadvantage vis-à-vis state-owned enterprises. They also worry about being reined in when they grow to a certain scale. Furthermore, whenever private enterprises are punished for violating rules, it would often spark off a tense atmosphere and a slew of concerns.

Concerns over the “development security” of China’s large private enterprises have been around for quite some time. Apart from reassurance from the higher-ups, “the disorderly expansion of capital” perhaps needs to be clearly defined as well. That is, since there is nothing wrong with the expansion of capital, under what circumstances would it become a “disorderly expansion”? Only in this way can private enterprises truly “develop boldly” while safeguarding consumers’ interests at the same time. I hope that the authorities are thinking along these lines as they formulate their anti-monopoly guidelines and announce various directives.

Related: What does the high-profile launch of three new PLA warships tell us? | Is Alibaba leaving its carefree days behind? | Lesson for Jack Ma's Ant: Finance is finance and technology is technology | Alibaba probe: China's challenges in dealing with monopolies start with the state-owned enterprises | China's distrust of private enterprises goes back a long way