The case of Xiamen: Are special economic zones in China no longer special?

Despite having a head start in being established as a special economic zone (SEZ), Xiamen’s economy lags behind other cities in Fujian province such as Quanzhou and Fuzhou. Coupled with disproportionately high property prices, Xiamen is not doing as well as other places like Pudong New Area and Shenzhen either, which started their development spurt later but have overtaken Xiamen. Zaobao correspondent Chen Jing looks at how Xiamen can turn things around. 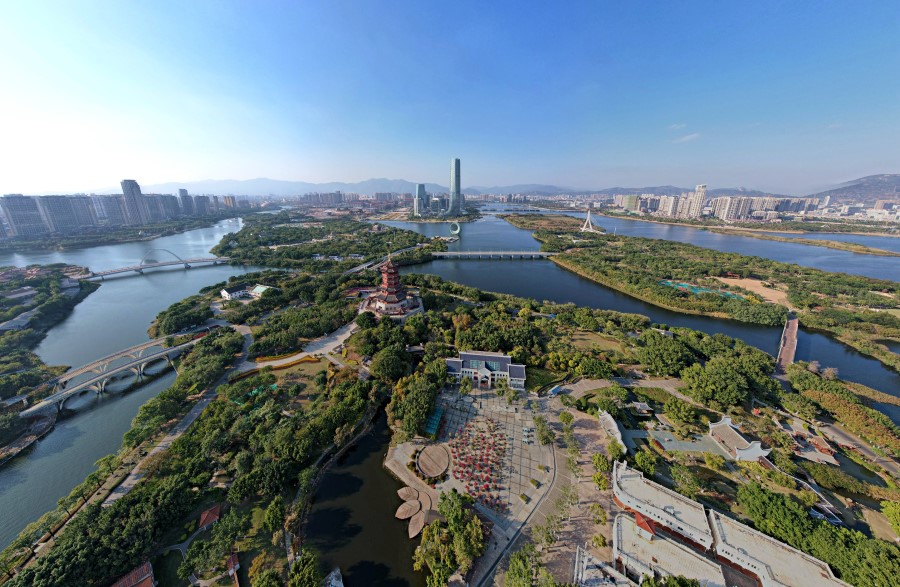 Xiamen is known as “Egret Island” and the “garden on the sea”. (CNS)

Candice Chan - 30 November 2022
An incident involving errors with Covid test results at a test facility in Lanzhou has opened the doors to deeper digging by netizens, indicating a pattern of outbreaks wherever there are facilities established under the Shenzhen Nucleus Gene Technology Co. Coincidence, or something else?
Read more
Translated by Candice Chan on 27 December 2021

​When my friend in Xiamen heard that I was going there to do an interview in conjunction with the 40th anniversary of the Xiamen special economic zone (SEZ), they immediately deadpanned: “Compared to Shenzhen, we look like a fake SEZ.”

Out of curiosity, I asked what they meant. They said in Xiamen, there are few special dividends to be gained, no policy advantages, and the economy lacks strong industries. “Now, with the pandemic, even the tourism industry is dying,” they said.

My friend’s views were partly confirmed on my four-day visit. Previously teeming locations were now deserted. Young people complain of few opportunities and low pay, and when companies are asked why they came to Xiamen, the answers are not the policies to attract businesses or market opportunities, but usually because “the boss is from here”.

On various property price rankings for 2020 collated by different organisations, Xiamen is among the top five, and last year its resale properties were going for about 50,000 RMB per square metre, behind only Shenzhen, Beijing, and Shanghai...

Xiamen — also known as “Egret Island” and the “garden on the sea” — is frequently mistaken as the capital of Fujian province. However, this SEZ comes only third in the province in terms of economic volume, behind Quanzhou, which has a flourishing private sector, and provincial capital Fuzhou. Last year, the GDPs of both Quanzhou and Fuzhou passed the 1 trillion RMB (S$214.2 billion) mark, while Xiamen’s GDP was just 638.4 billion RMB.

In stark contrast to the economic slowdown are the high property prices. On various property price rankings for 2020 collated by different organisations, Xiamen is among the top five, and last year its resale properties were going for about 50,000 RMB per square metre, behind only Shenzhen, Beijing, and Shanghai, and even higher than first-tier city Guangzhou. The high property prices are also making it difficult to attract talents; a running joke among non-local young people working in Xiamen goes to the effect: “Xiamen money earned and spent; you will bring home not one cent.”

In fact, besides Xiamen, the same problems are found in Zhuhai and Shantou, both also SEZs. In 2020, among Guangdong’s 21 cities, Zhuhai placed sixth with its GDP of 348.1 billion RMB, only one-eighth the GDP of top-placed Shenzhen, with Shantou only 11th. Netizens have even asked: why were these places designated as SEZs to begin with?

The “special policies and flexible measures” that these coastal cities enjoyed in the past have been implemented throughout the country.

The late Chinese leader Deng Xiaoping, known as the “chief architect of reform and opening up”, said on a visit to Shanghai in 1991 that in the early stages of reform and opening up, the SEZs were established mainly based on geographical location. Shenzhen is adjacent to Hong Kong while Zhuhai is near to Macau; there are many Chaoshan people in Southeast Asian countries, and there are many Xiamen people doing business overseas.

Deng’s comments were a lament at not establishing Shanghai as an SEZ and developing the Pudong New Area earlier. However, despite starting ten years later than other SEZs, Pudong’s GDP has increased 211 times within 30 years, crossing 1.2 trillion RMB in 2019, leading the economic rise of Shanghai and the Yangtze River Delta.

SEZs surpassed by other cities and regions

That the Pudong New Area achieved such rapid growth even though it was developed much later further highlights the embarrassing plight of Xiamen and other SEZs. The “special policies and flexible measures” that these coastal cities enjoyed in the past have been implemented throughout the country. New and emerging development zones and comprehensive bonded zones tend to enjoy even more special and flexible measures. Apart from granting Shenzhen greater autonomy in the development of important areas and key links last year, other SEZs no longer enjoy that many policy advantages.

Even in the case of Shenzhen, by the 1980s, it had exhausted the advantages of the processing trade model, and entered a tough explorative stage over the next ten years. With the joint efforts of the service-oriented government and innovative enterprises, Shenzhen became China’s largest hub for venture capital, and nurtured famous brands such as Tencent, Huawei, and DJI.

Xiamen plans to increase the percentage of GDP set aside for research and development expenditure from 3% to 3.5% during the 14th Five-Year Plan period and build more national innovation platforms and research centres.

As Shenzhen had its remarkable makeover, a few other SEZs were going through a painful transformation. Taking Xiamen as an example, the Yuanhua Group smuggling case that happened around the 2000s dealt a big blow to the local foreign trade industry. In 2007, a paraxylene (PX) plant worth tens of billions of RMB was forced to relocate to Zhangzhou’s Gulei following fierce protest from the community, creating a shortfall of hundreds of billion of RMB in Xiamen’s output value. Its original plan of attracting Taiwanese investment was also hindered by growing tensions on both sides of the Taiwan Strait.

All is not lost

When I conducted interviews in Xiamen, local officials admitted that there is still a significant gap between Xiamen and Shenzhen. In the next five years, it would be benchmarking its performance against Shenzhen and learning from Hefei. It would also ramp up its efforts in innovation and research and development, create an industrial ecosphere, and achieve precise investment promotion to narrow its gap with the top performers.

To do this, Xiamen plans to increase the percentage of GDP set aside for research and development expenditure from 3% to 3.5% during the 14th Five-Year Plan period and build more national innovation platforms and research centres. It also plans to tap on the academic foundation and research strength of Xiamen University to propel future development, on top of introducing a policy to encourage people to stay in Xiamen and address the housing and education needs of high-level talents.

The world’s first Hepatitis E vaccine and China’s first domestic bivalent HPV vaccine have been researched and developed by a research team from Xiamen University through corporate funding. In addition, internet enterprises such as Meitu Inc. and G‑bits Network Technology are gradually becoming household names. These rapidly growing emerging industries could replace Gulangyu and Bailu in the future to become Xiamen’s new calling card.

Given China’s unrelenting pace of development, the special conditions that SEZs enjoy will one day be special no more. Seizing opportunities and quickly developing its economy while it still enjoys preferential policies is, as well as having the ability to transform and upgrade itself while sustaining rapid growth after policy dividends are spent are challenges that every SEZ will have to face. With Shenzhen taking the lead with its stellar performance, several other SEZs such as Xiamen are thinking hard about how they can maintain their unique advantages in the face of ever-changing situations.

Related: Can China achieve a soft landing for its housing market? | Xi's five-year plan for Shenzhen: A hard road ahead? | Is Shanghai on track to becoming an international financial centre in 2020? | While the US sets new goals for G7, China sets new goals for itself