China-US competition: Why small countries will not choose sides

The recent visit by US Vice-President Kamala Harris to Singapore and Vietnam has brought the spotlight on Asia. Is Asia and the Indo-Pacific really a priority for the US, or is that just lip service? And as Singapore’s former ambassador to the US Chan Heng Chee asked: what does the US expect from the region? Zaobao associate editor Han Yong Hong reflects on small countries' limited options amid great power competition. 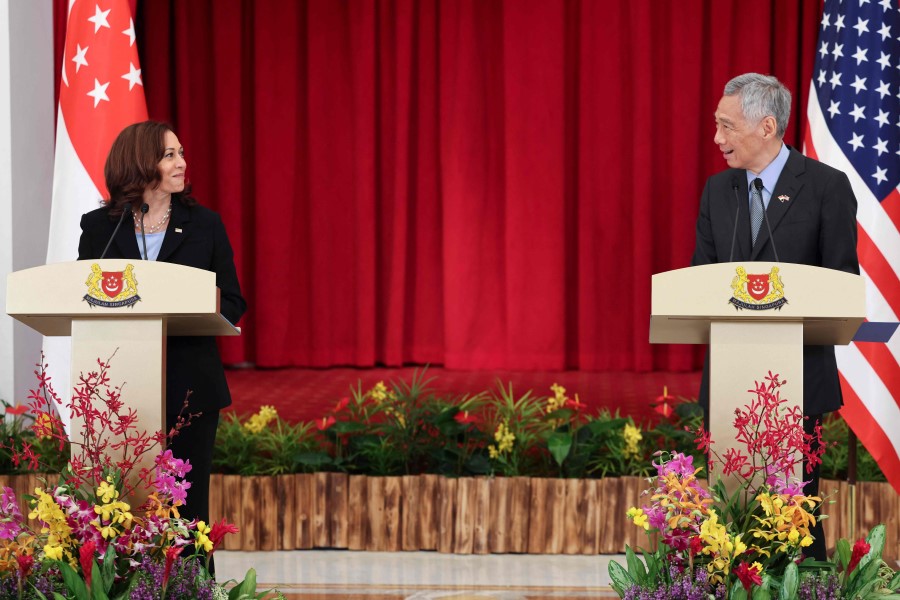 Candice Chan - 18 May 2022
The Chinese government has recently announced plans to establish a unified national market that is highly efficient, standardised, open and competitive. It would break down walls, raise the standards of the business environment within China and act as a buffer against external pressures. While the intention is good, NUS academic Lu Xi points to possible drawbacks and challenges.
Read more
Translated by Candice Chan on 27 August 2021

Soon after the US’s chaotic troop pullout of Afghanistan, US Vice-President Kamala Harris embarked on her first trip to Asia since taking office. Her mission was clear: to help US President Joe Biden restore US partnerships in the region. In Harris’s words: “... our partnerships in Singapore, in Southeast Asia, and throughout the Indo-Pacific are a top priority for the United States.” Harris has to convince others of the US’s “Indo-Pacific vision”, but the situation in Afghanistan has doubtless made her task more difficult.

A Reuters journalist asked Lee in Harris’s presence: “Does the fall of Afghanistan... change your calculus on how you can rely on America as a partner in this region both militarily and economically?”

Lee probably expected this. In his reply, he said what will influence perceptions of US resolve and commitment to the region will be what the US does going forward — how it repositions itself in the region; how it engages its broad range of friends and partners and allies in the region; and how it continues the fight against terrorism.

He went on to explain that countries need to recalculate and adjust their positions from time to time; “sometimes smoothly... sometimes things go awry and take time to put right.” But the mark of a country which can succeed is that it takes long-term interests and partners seriously and maintains them over the long term. And as a regional guarantor of security and support of prosperity over 70 years, the US has wrought dramatic transformations in Asia through its benign and constructive influence. Singapore hopes and works on the basis that the US will continue to play that role and engage the region for many more years to come.

Singapore’s warm and sincere welcome to a senior member of the currently embarrassed Biden administration epitomises Lee’s philosophy of taking long-term interests and partners seriously, and not just looking at short-term, immediate transactions.

On closer inspection, Lee’s comments about maintaining long-term interests and partners as well as Singapore’s attitude can also be seen as a subtle polite reminder and demonstration to guests.

Does the US truly value this region, or is it just a competition with China for influence?

The fact is, US influence in Asia has slipped. Asian countries’ doubt of the US’s sincerity and ability to engage the region started years ago, not just because of the messy US troop pullout of Afghanistan. Former US President Donald Trump’s policy of trade protectionism and withdrawing the US from the international arena did not just affect China, but also hurt other US trade partners and allies. And in the four years that he was in office, not only did he fail to attend the East Asia Summit in its entirety, he also downgraded the representation of US special envoy, clearly showing that he did not value Asia and Southeast Asia.

However, when Trump was in office, it also seemed as if the US was very concerned with Asia. For example, the US would put pressure on North Korea and its nuclear weapon issue. But the US is most concerned about competing with China. Even after Biden took office, China-US competition has persisted.

Now, the US has proclaimed that its partnership throughout the Indo-Pacific is “a top priority” for the US in a high-profile manner. Does the US truly value this region, or is it just a competition with China for influence?

Prior to his meeting with Harris, Vietnam Prime Minister Phạm Minh Chính met with Chinese Ambassador to Vietnam Xiong Bo, demonstrating the fact that Vietnam will not form alliances with any country to fight against another.

Singapore’s former ambassador to the US Chan Heng Chee asked a question that went straight at the core of American intention in this region during a panel discussion with senior US officials. Chan was not fixated on how firm the US’s commitments are, but asked the three US officials in Harris’s delegation, “What do you expect from the region… with the recommitment or the signal of commitment… what do you expect them to work with you on?”

She also said that while the US has recognised ASEAN’s centrality, ASEAN countries are still concerned that they would be “marginalised” by the Quadrilateral Security Dialogue or the Quad. She added that the US is aware that ASEAN does not want to join an organisation that is “against any power or any country”.

And this reflects the thoughts of many Southeast Asian countries: While nobody doubts the US’s ability to overcome adversity, they hope that the US will continue to play a role in this region and have a deep understanding of the long-term concerns of countries in the region. They do not want to see China and the US in conflict, or for themselves to become a tool for either side to fight against the other. It is the same with Vietnam, which has maritime territorial disputes with China. Prior to his meeting with Harris, Vietnam Prime Minister Phạm Minh Chính met with Chinese Ambassador to Vietnam Xiong Bo, demonstrating the fact that Vietnam will not form alliances with any country to fight against another.

And this is not a matter of “how” to not choose sides, but something that they “must” do, as it is a matter of life and death for small countries.

Following aggravating China-US tensions over the past few years, some of my friends from China disagree with Singapore’s stance against choosing sides, and question how long can Singapore persist in its position.

Now that I think about it, Biden’s criticism that the Afghan government forces are not willing to fight for themselves, seems to have answered the question of not choosing sides.

In reality, small countries recognise the fact that big powers could easily forget about them in good times, but would force them to pick sides when they become powerful. If small countries are unable to hold fast to their independence and autonomy, they could be reduced to vassal states. If ASEAN countries succumbed to pressure and picked sides, the region could split. Thus, by not choosing sides, they are demonstrating the will to fight for themselves. And this is not a matter of “how” to not choose sides, but something that they “must” do, as it is a matter of life and death for small countries.