China’s tech titans have sparked a talent war in Singapore with their offers of high salaries, flexible work arrangements, and professional development opportunities. Zaobao journalist Liu Liu explains in this third of a seven-part Lianhe Zaobao-Business Times series on China and ASEAN. 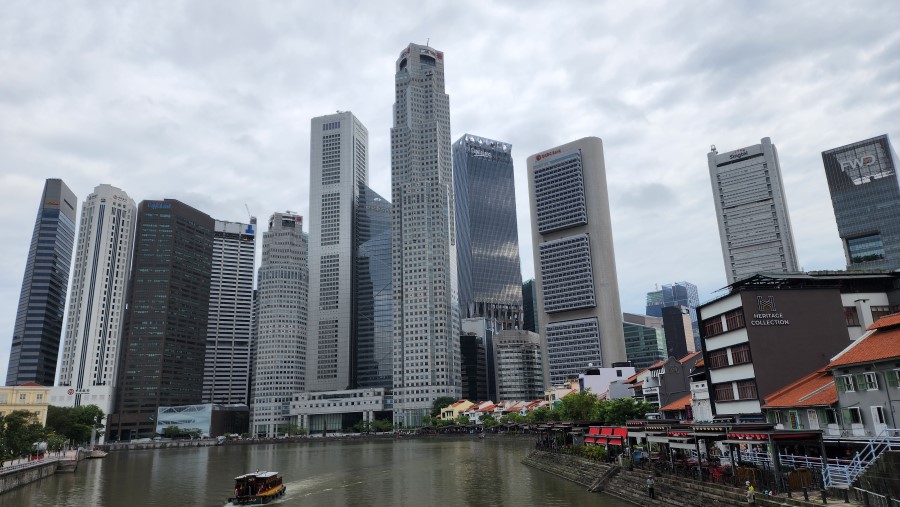 Candice Chan - 30 January 2023
A mall in Shenzhen came under fire for putting up white lanterns with black text as part of its Chinese New Year decorations, while an “ugly” rabbit-shaped light decoration was removed from another mall in Chongqing. Academic Zhang Tiankan muses on tradition and innovation, and the evolution of traditional decorations.
Read more
Translated by Candice Chan on 6 July 2022

At the start of the year, former civil servant Ye Jiahui (pseudonym) left the government agency where she had worked for nine years for the private sector, joining one of China’s tech giants.

Ye’s husband is South Korean, and they have a three-year-old child. She told Lianhe Zaobao that her decision was not based solely on salary considerations; rather, she wanted a new environment with flexible hours that would allow better work-life balance.

During the pandemic, Ye’s company at one point allowed its employees to work remotely from overseas. She said, “If my husband needed to return to Korea for whatever reason, I could apply to work from Korea for two months, which wasn’t possible with my last job.”

In China, tech giants’ financial clout, generous remuneration, and vast hiring scale have made them leaders in the competition for talent, earning them the nickname “Big Factories”.

Since 2020, Alibaba, ByteDance, Tencent and iQIYI have set up regional headquarters in Singapore, as a vanguard for venturing into the international market. These Chinese “Big Factories” have made quite a splash in the local labour market, setting off a talent war.

As early as 2020, before ByteDance officially entered Singapore, there were reports that it planned to invest billions of US dollars and hire hundreds of workers in the country within three years.

According to a report in The Straits Times this February, ByteDance unit TikTok was filling 800 positions in Singapore, while there were 300 job vacancies at Lazada, an e-commerce platform under the Alibaba Group. Tencent was also making generous offers to fill more than 100 positions such as business development managers, product design and operations managers, data analysts, software engineers and others.

... the median salary for computing graduates from the National University of Singapore is S$5,800, up 30% from five years ago – surpassing that of traditionally better-paid medicine and law graduates, and making them the best-paid graduates.

According to data from tech talent platform NodeFlair, remuneration packages offered by Chinese tech companies in Singapore are above the industry average.

Growing demand for tech talent is pushing up starting salaries for related courses of study. According to the Ministry of Education’s latest Graduate Employment Survey, the median salary for computing graduates from the National University of Singapore is S$5,800, up 30% from five years ago – surpassing that of traditionally better-paid medicine and law graduates, and making them the best-paid graduates.

To satisfy the demand for tech talent, local universities increased their intake for information and digital technology courses to 3,100 students in 2020, around four times the 2010 intake. Such courses accounted for 17% of the 2020 intake, up from 7% a decade before.

Last July, software engineer Li Zimeng (pseudonym) left a local company after five years to join one of the “Big Factories”, enticed not just by its prestige but also a 20% pay rise.

“I heard from others who had made the same move that salaries were higher at the Chinese tech companies,” he said.

Huang Yishu, founder of IT specialist recruitment agency Dada Consultants, said salary levels have been rising across the industry over the last three to four years. But he stressed that this was an industry-wide trend and not due solely to China’s tech behemoths. He said, “US tech giants like Google are offering even higher salaries than Chinese tech companies.”

Singapore Human Resources Institute (SHRI) president Low Peck Kem said that China’s tech giants, like other foreign firms, have indeed brought more competition with their entry into Singapore. He shared, “It’s a jobseekers’ market, more so in Singapore where we are in a full employment situation.”

Li said that while the higher salary was one reason he changed firms, working at a big name in tech was itself attractive. He hoped that experience at a tech giant would enhance his professional standing and add value to his resume.

After leaving the civil service and “stumbling into” the internet technology sector, Ye Jiahui is pleased with the flexibility her new job offers. One example is not having to clock in at 9 am after an 11 pm global meeting the previous night. “As long as you do everything that needs to be done, the company is not particular about the hours,” she explained.

The war for talent among tech companies has had an impact beyond the sector, including on multinational corporations that jobseekers used to favour.

Liu Lan (pseudonym), a supply chain department manager at the Singapore branch of a well-known international carmaker, said that employee turnover in her department reached 30% in the past couple of months. Half of those who left went on to join a well-known tech company.

... competing on salaries is not sustainable.

“This is a big blow for us,” Liu said. The company has been trying to fill the vacancies without any success.

“Sometimes, right after we contact candidates for interviews, they tell us that they have already received other offers and won’t be coming,” she added.

Facing such recruitment challenges, Liu’s company resorted to internal secondment, transferring employees from other international branches to Singapore for a short stint. But because of travel restrictions caused by the pandemic and staff shortages overseas too, this arrangement has become increasingly difficult.

Yet Liu’s company is not considering raising salaries to go head-to-head with the tech companies. It is clear, she said, that competing on salaries is not sustainable.