Based in Shanghai, Egyptian-American architect Hisham Youssef has travelled to many off-the-beaten-track locations across China. He shares his observations about the impact of organised mass tourism on the countryside. With transport links improving and tourists arriving in droves, will tangible heritage be eroded and undiscovered gems become a thing of the past? 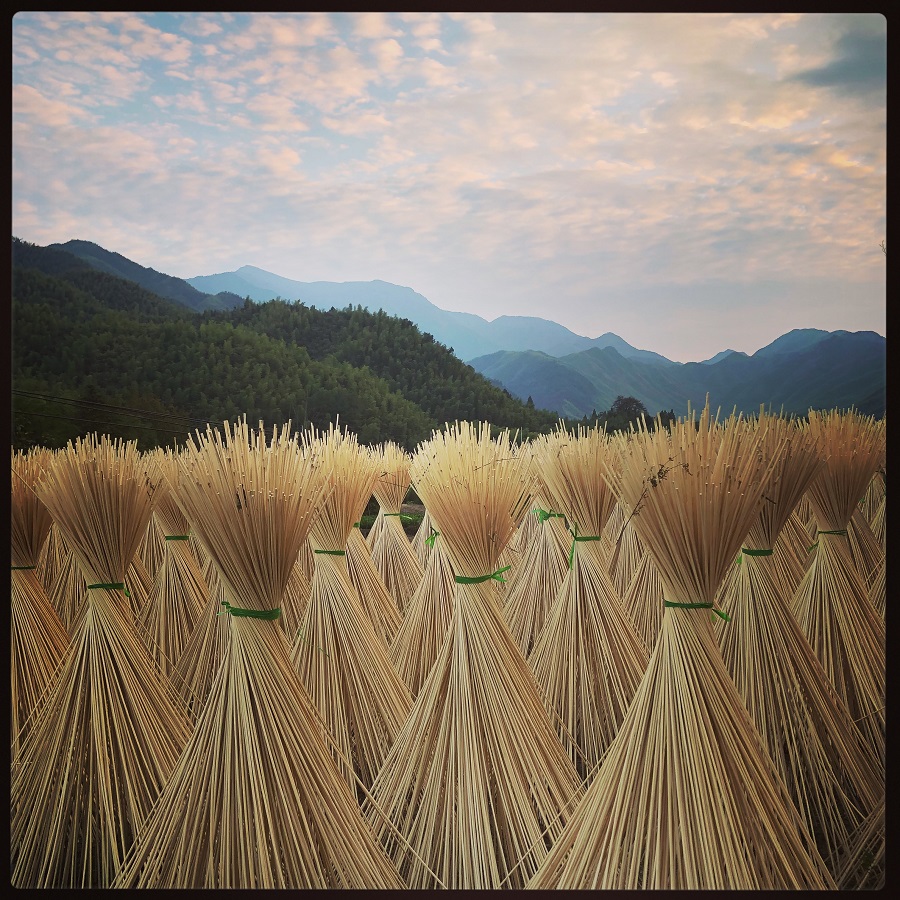 Grace Chong - 1 December 2022
US academic Zhu Zhiqun gives an assessment of the late former President Jiang Zemin’s policies during his time leading China throughout the 1990s and into the early 2000s.
Read more
Translated by Grace Chong on 18 August 2021

Before a recent trip to Jingdezhen in Jiangxi province, known as China’s ceramics capital, I had read that no visit would be complete without visiting the nearby mountain village of Yaoli. This was said to be the true birthplace of ceramics, dating back to the Tang dynasty. Due to schedule constraints, I arrived very early in the morning at the pristine quiet village where villagers were attending to their morning routines. It was idyllic in many ways but warning signs were there to greet me — a large parking lot, food outlets, a ticket office and a modern tourist information centre. Indeed, on my way out in the late morning, the tourists had started arriving, disturbing the feel of the place.

Mass tourism in China has boomed considerably in recent years and with that a palpable impact on the countryside. China is a massive country geographically, with a huge population of over 1.4 billion people. As an emerging economy, with the reforms and the opening of the economy in the 1980s, an affluent middle class has rapidly emerged with a disposable income to spend on non-essential activities. This spending power, compounded by the easing of travel restrictions and extensive upgrades of the country’s infrastructure by the central government to support the growing economy, has meant that leisure travel could not be any easier.

China now boasts an expressway network exceeding that of the US (more than 160,000 km versus the US’s 78,000 km); a network of high speed rail that since the launch of its first route in 2008 now is the largest in the world (at almost 40,000 km, it is more than all other countries combined). Even Tibet, once a destination that took many hours to reach, is now linked by a high speed rail line to its capital Lhasa — this route in itself is a feat of engineering at such high altitude. To be sure, tourism is big business in China. It accounts for a considerable part of its economy — slightly more than 10% of China’s GDP, mostly from domestic travel.

Remote areas no longer out of reach of curious tourists

For a long time, many rural areas have remained almost untouched, providing a rare view to the past and a link to many old traditions, but this is quickly changing. Places affected the most are usually those that are accessible within one to two hours by car or public transport from major urban centres. Metro networks in major cities, like Shanghai and Hangzhou, have made many locations within easy reach to city dwellers. Take for instance, one of my favourite nearby destinations, Chongming Island, known as Shanghai’s breadbasket. It is China’s third largest island and more than 20 times the size of Manhattan. Up until 2011, it could only be reached via ferry. Now, it has a modern bridge making it easily accessible, and by 2023, a metro line will make the island a mere 30-minute ride from Shanghai. Now one has to travel further afield to get away from the madding crowd.

While urbanisation has put pressure on many cities to develop, and in the process lose many of their traditional neighbourhoods to gentrification (this is greatly felt in Shanghai), the rural areas have also seen their share of change. The central government, in recognition of the neglected countryside during the urbanisation push, has encouraged revitalisation programmes in its 13th Five-Year Plan. This has availed funds for these locations making it possible to preserve the physical heritage from decline and encourage tourism. One cannot deny that tourism means income for many destinations that are usually in need of resources to develop and advance.

Since 1999, China has ranked its tourist sites based on a 5A rating system from A to AAAAA — more As denote a better experience. The assessment criteria include key factors such as accessibility, number of visitors, cultural significance, cleanliness, and other factors. Understandably, local officials are keen to rank higher on the scale, in order to increase tourist footfall and bring cash into their local economy. This is a double-edged sword — bringing attention means more traffic and with more traffic, more potential damage to their communities. Yaoli, a village of less than 15,000 people is rated 4A, which means it receives almost 600,000 tourists a year.

...if the promotion of a country’s heritage comes at the expense of the erosion of the very reasons that make a place attractive, I challenge that there must be an alternative for the preservation of national heritage, a nation’s very identity.

A hidden gem no more

And with the proliferation of social media, and the rise of influencers, how many times has one read headlines that tout a location’s “best kept secret”, or “off-the-beaten-track” travel routes? I have always wondered about this contradiction: is a secret still a secret if it is published online to be consumed by thousands or even millions of readers?  Sadly, once “discovered”, it almost always spells the end of the very reason for the attractiveness of that destination, be it tangible or intangible. Overrun by day tourists, coming by the busloads to large paved parking lots, a ticket office to enter the “scenic area”, and trinket shops replete with generic mass-produced souvenirs that can be bought anywhere, the feel is reduced to an amusement park-like experience. Tourists come for the day to snap their Instagram-worthy shots (or, this being China, WeChat Moments), and leave. The local people simply fade into the background. From Lugu Lake in Yunnan to Qiantong ancient town in Zhejiang, Lili Watertown in Jiangsu and Yaoli, the story repeats itself.

In my pictures I have deliberately filtered out the tourism “noise”, to focus on not just the tangible, but the intangible and have tried to capture the essence of the heritage, the people and their traditions, before they give way inevitably to consumerism and vanish into oblivion.

Some say that to view old towns and villages in such a nostalgic way is a mere perpetuation of colonialist or elitist tendencies, denying villages their right and aspirations to develop and elevate their livelihood. However, if the promotion of a country’s heritage comes at the expense of the erosion of the very reasons that make a place attractive, I challenge that there must be an alternative for the preservation of national heritage, a nation’s very identity. Physical heritage is easier to preserve or rebuild. Intangible heritage, such as traditions, ritual, cuisine, craft or language, once gone is lost forever, and with that a significant part of the soul of the place. Indeed, in recognition of this concern, there are, laudably, growing voices and efforts in China to protect this delicate balance between development and the preservation of a local culture in a way that makes tourism more meaningful and sustainable.