Even as US-China competition intensifies, the world can look forward to a few good things

Post Covid-19, while it seems that a world economy with two centres of dynamism — one America, the other China — is setting in, and “decoupling” and “deglobalisation” are becoming catchwords of the new era, academic Zha Daojiong notes that there are a few bright spots amid the gloom. Moreover, the new normal in China-US relations may be more stable and less worrying for Southeast Asia than commonly thought. 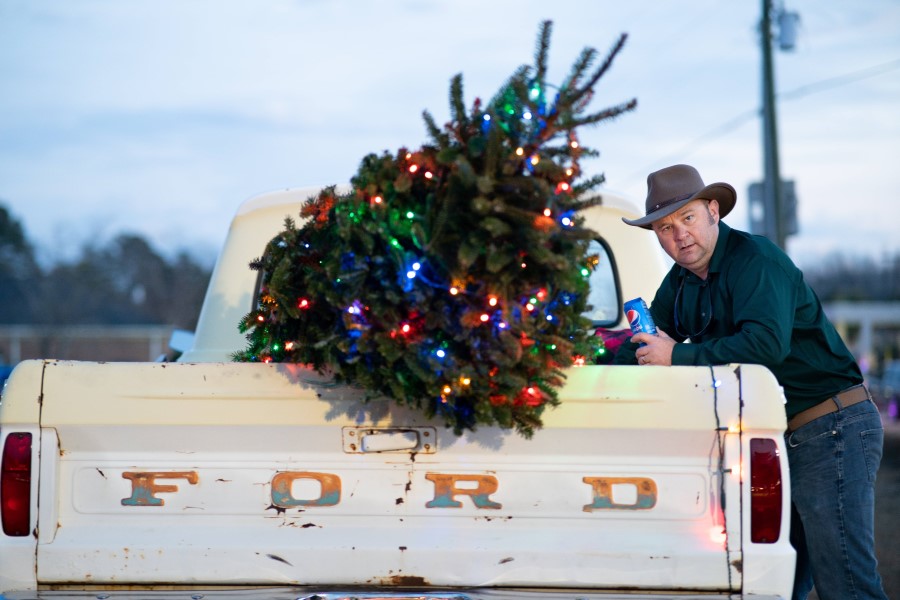 A tree on a pickup truck before the Lights of Lugoff Christmas Parade on 12 December 2020 in Lugoff, South Carolina. (Sean Rayford/AFP)

Candice Chan - 30 January 2023
A mall in Shenzhen came under fire for putting up white lanterns with black text as part of its Chinese New Year decorations, while an “ugly” rabbit-shaped light decoration was removed from another mall in Chongqing. Academic Zhang Tiankan muses on tradition and innovation, and the evolution of traditional decorations.
Read more
Translated by Candice Chan on 11 December 2020

The overall state of relations between China and the US has unmistakably entered a new normal. Will each side take the past four years of discord and confrontation as a teachable moment for introspection so as to prevent predictions of a new Cold War becoming reality?

Of the long list of grievances the US holds about its external environment, in 2016, then-candidate Donald Trump successfully focused on trade imbalances and the need to "get it right" with China. The Trump administration’s China policy paradigm is sufficiently effective to provide a modus operandi for his successors for years and even decades to come. Beginning with trade, President-elect Joseph Biden has already indicated that his administration is going to stay the course with regards to the US's China policy. There may be a change in tone and style, but competition over some issues and confrontation over others has certainly been firmed up as the key feature of the new normal.

Seemingly, a world economy with two centers of dynamism, one America the other China, is setting in.

Indeed, negative public views of China gathered via opinion polls has become a standard point of reference in American observations of the bilateral relationship. On the China side, although similar data is hard to pinpoint, it is safe to observe that feelings are mutual. This helps to lock the political systems of both countries into doing "whatever is necessary", aimed at demonstrating strength and resilience, and defined to suit their respective domestic political shifts.

A world economy with two centres of dynamism?

Catchwords for the new normal are numerous. But “decoupling” and “deglobalisation” merit special attention as the world slowly but certainly moves into the post-Covid-19 phase of interaction.

The phenomena each of these catchwords attempt to summarise involve purposeful doings by many actors around the world, not just the political establishments in Beijing or Washington. China’s articulation of a “dual circulation” economic development strategy is in part premised upon more consequential trade and investment policies by the US and other governments that subscribe to its vision of prevailing geostrategic rivalry against China. As well, within the US, voices are getting louder in support of self-strengthening through increased domestic investment and greater efforts at reshoring manufacturing. Seemingly, a world economy with two centres of dynamism, one America the other China, is setting in.

Yet the evolution of the world economy has never been linear and is unlikely to be dictated by one or two powers. The signing of the Regional Comprehensive Economic Partnership (RCEP) in November 2020 is a case in point. Among other things, RCEP, which includes China, simplifies the rules of origin for traded products among its member economies. When sufficiently implemented, this policy innovation will strengthen the value chains among member economies and foster trade creation, which in turn can boost trade growth worldwide. The power of capital and entrepreneurship, which enabled the process of economic globalisation in the past, is thus preserved and protected.

US-China competition in new and cutting-edge technologies is not necessarily a negative outcome for the world, as technology spillover effects, including those from military applications to civilian ones, positively contribute to the development of economies and societies.

Decoupling between the American and Chinese economies is going to manifest most noticeably in the domain of dual civilian-military use technologies. But it should be remembered that the US, dating back to the 1950s and regardless of presidencies or congressional control by Democrats or Republicans, has maintained a high degree of control over the export of such technologies and equipment to China. US-China competition in new and cutting-edge technologies is not necessarily a negative outcome for the world, as technology spillover effects, including those from military applications to civilian ones, positively contribute to the development of economies and societies. The internet is testament to this.

Southeast Asia will remain useful to both China and the US

Southeast Asian countries have aptly adapted to shifts in Asia-Pacific geoeconomic dynamics in the past. A number of them have recently seen the relocation of foreign direct investment from China to their societies. More and more investment originating from the US is likely going to continue operating under the formula of "in China, for China; out of China for the rest of Asia" to avoid getting entangled in the trade war between the US and China. At the level of regional diplomacy, ASEAN-centred platforms are likely to remain stable and relevant as both China and the US find them useful.

As for prospects of relations between China and the US under the new normal, there are few reasons to despair. Each society possesses fathomless reservoirs of wisdom for introspection, self-reflection and self-change. Rhetorical projections of positions and positional changes often precede realities on the ground. This offers assurance for perpetual and aggregate stability in ties between the two nations.

This article was first published by ISEAS – Yusof Ishak Institute as Fulcrum Commentary 2020/203 "Managing the New Normal in Relations Between China and the United States" by Zha Daojiang.

Related: Can Biden’s US lead the world? | Has Biden bared his fangs at China? | Biden presidency a turning point for China-US relations?