Serious consequences if Washington allows renaming of Taiwan’s US office

The US is reportedly considering a request from Taiwan to change the name of its mission in Washington from “Taipei Economic and Cultural Representative Office” to “Taiwan Representative Office”. What are the implications, and is it likely to happen? Political scientist Zhu Zhiqun examines the situation. 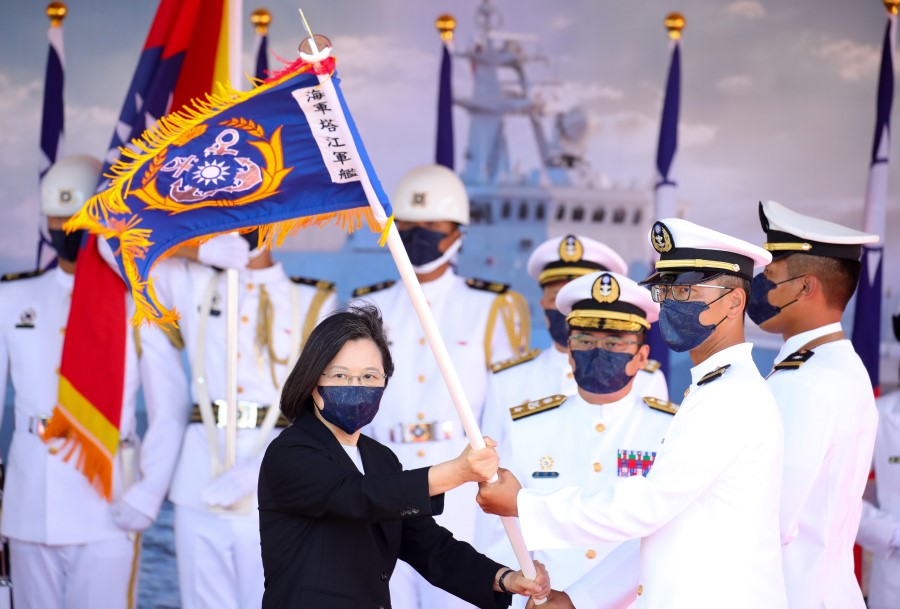 Candice Chan - 23 November 2022
Zaobao journalist Miao Zong-Han takes a closer look at voter fatigue in Taiwan in the upcoming “nine-in-one” elections, caused mostly by the arguing over plagiarism allegations, which might interest the highly educated but bore the average voter. Another question is whether the atmosphere at these elections will be a good indicator of things to come in the 2024 general election.
Read more
Translated by Candice Chan on 14 September 2021

A Financial Times report on 10 September has been making waves on both sides of the Taiwan Strait, as well as in the US. The article quoted multiple unnamed sources saying the US is “seriously considering” a request from Taiwan to change the name of its mission in the US capital from “Taipei Economic and Cultural Representative Office” (TECRO) to “Taiwan Representative Office”.

The report also said that senior US and Taiwanese officials were due to hold a round of sensitive talks known as the “Special Channel” in Annapolis, Maryland. The Taiwanese delegation includes its foreign minister Joseph Wu and national security adviser Wellington Koo.

It is intriguing and puzzling that the report came out one day after US President Joe Biden’s second phone conversation with Chinese President Xi Jinping.

During the 90-minute conversation, Biden and Xi spoke candidly on where the US and China’s interests converge and diverge, to ensure competition does not veer into conflict, in an effort to reset “co-opetition” between the US and China. Biden particularly mentioned that the US has no intention to change the one-China policy. Hawks in Washington and Taipei will not be happy with this phone call and are possibly joining hands to create a huge obstacle to improving US-China relations.

The intentions of the DPP government are not to raise Taiwan’s international profile, but rather to try and highlight that Taiwan is a country independent from China.

Not just changing a name

That the Taiwanese people want to raise Taiwan’s international profile is worth respecting. However, changing names has to do with cross-strait relations as well as US-China relations and cannot be done recklessly. The current TECRO with Taipei in its name is a compromise by the US to uphold the one-China policy in not recognising Taiwan as an independent country. While the Kuomintang (KMT) was in office, Taiwan was not satisfied with the name but still found it acceptable.

Of course, Taiwan’s current Democratic Progressive Party (DPP) government is extremely unhappy, and has been pushing to change the name of Taiwan’s representative office in the US. The intentions of the DPP government are not to raise Taiwan’s international profile, but rather to try and highlight that Taiwan is a country independent from China.

On 1 January 1979, the US established formal diplomatic relations with the government of the People’s Republic of China (PRC) and cut off diplomatic relations with the government of the Republic of China (ROC). The ROC and the US mutually withdrew their ambassadors, and the diplomatic window was closed. In April 1979, the US Congress passed the Taiwan Relations Act and established the American Institute in Taiwan. On Taiwan’s part, it set up the Coordination Council for North American Affairs — renamed the Taiwan Council for US Affairs in 2019 — as a window of communication, and set up a representative office in the US, carrying out diplomatic work in the absence of diplomatic relations.

KMT chairman Johnny Chiang recently said that what the Taiwan people are most interested in right now is when they will be able to get vaccinated.

The DPP government hopes the US government will rename TECRO to the official-sounding Taiwan Representative Office. However, there is no consensus within Taiwan. The pro-independence green camp is of course excited and restive with cheers all around, while the pro-establishment blue camp mostly objects and calls for prudent handling. KMT chairman Johnny Chiang recently said that what the Taiwan people are most interested in right now is when they will be able to get vaccinated. The most important thing for Taiwan now is the vaccine and not this name change — the Tsai administration would do well not to get its priorities wrong.

Some renowned Taiwanese academics have also raised their doubts. Alexander Huang, an associate professor at the Graduate Institute of International Affairs and Strategic Studies at Tamkang University and former deputy minister of Taiwan’s Mainland Affairs Council, pointed out that while some Taiwanese are excited about a name change, the unofficial nature of Taiwan-US relations remains unchanged. Besides, a name change not only involves Taiwan and the US, but also cross-strait relations and US-China relations.

...the key to how and when the name might be changed lies in how the US administration understands and handles US-China relations.

Many in the US Congress are in favour of the name change. In May this year, a bipartisan group of American congressmen introduced the Taiwan Diplomatic Review Act calling for the secretary of state to enter into discussions with the Taiwan Council for US Affairs to rename TECRO as Taiwan Representative Office.

Last December, 78 members of the House of Representatives, including Steve Chabot and Mario Diaz Balart, both long-time supporters of Taiwan, wrote a letter to then US Secretary of State Mike Pompeo, urging him to allow the TECRO to be renamed as Taiwan Representative Office. However, the key to how and when the name might be changed lies in how the US administration understands and handles US-China relations.

In fact, the name change had already been discussed in 1994, when the Clinton administration conducted a comprehensive review of the US’s Taiwan policy. Back then, some legislators of the DPP believed that “Taiwan” — not “Taipei” — should be used, but the US government disagreed. The US side even insisted on adding the words “economic” and “cultural” into the name so that it would be less politically sensitive. Until today, the US administration remains cautious when naming Taiwan offices in the US so as to uphold the US’s one-China policy and to maintain the balance in Washington-Beijing-Taipei relations.

Many years have passed and both US-China relations and cross-strait relations are currently at a low point. Amid escalating US-China rivalry and fighting against China becoming mainstream thinking in the US, playing the “Taiwan card” is particularly enticing to the US, on top of the low cost of doing so.

As the DPP strives towards its Taiwan independence goal, it would naturally do everything possible to persuade the US to change its one-China policy. If the US really agrees to TECRO’s name change to Taiwan Representative Office, that would be publicly elevating US-Taiwan relations and a direct challenge to China’s red line of the one-China policy. It can be expected that Beijing will be forced to put up a fierce retaliation against the US and Taiwan.

If so, Biden and Xi’s telephone diplomacy to improve US-China relations would be in vain and US-China relations would take a sharp turn for the worse. It would be even more difficult for both countries to cooperate, and a military crisis could also break out in the Taiwan Strait. Seen in this light, changing the name of Taiwan’s office in the US is not a trivial matter but a weighty issue with serious consequences which will test the wisdom and judgement of all parties.