US academic: Consequences if Southeast Asia fails to align with US on China policy

The Biden administration has sought to re-engage with Southeast Asia, but there are limits to how much traction it can get in the region. And if Southeast Asian nations continue to not align with the US on countering the challenge posed by China, it is highly likely that Washington will shift its focus to like-minded actors who will coordinate with it. 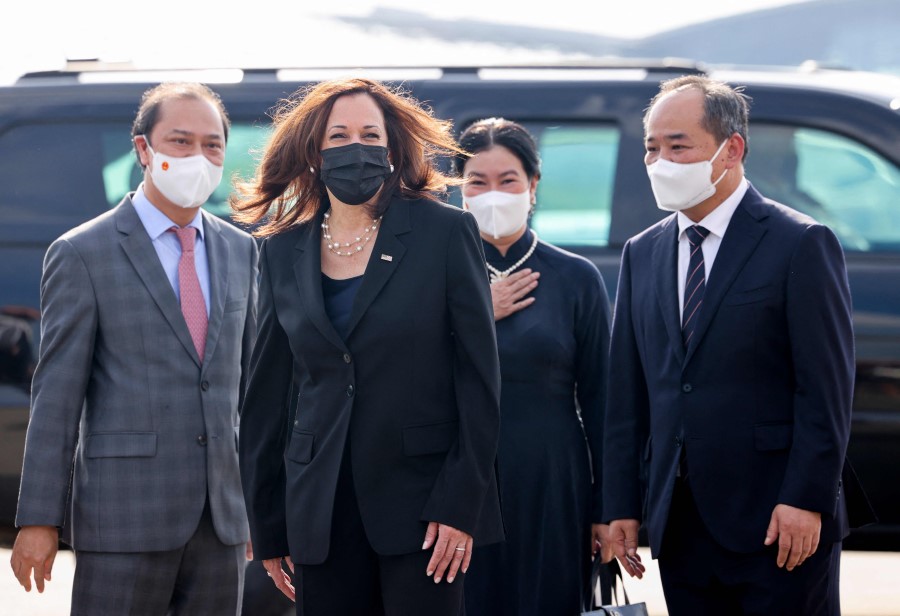 Candice Chan - 11 August 2022
China’s Big Fund has come under scrutiny following a series of high-profile corruption investigations involving key persons in the chip industry. The CHIPS Act was also recently signed into law in the US to counter China, which makes things even more difficult for the sector. Zaobao correspondent Chen Jing speaks to industry experts to find out how the Big Fund can come out of this crisis.
Read more
Translated by Candice Chan on 1 September 2021

After a period of perceived neglect, the Biden administration has in recent months pulled out all the stops to engage with Southeast Asian countries. Vice-President Kamala Harris successfully completed her visits to Singapore and Vietnam on 26 August. Her visits followed Defence Secretary Lloyd Austin’s visits to Singapore, the Philippines and Vietnam in July and Secretary of State Antony Blinken’s back-to-back virtual meetings with ASEAN counterparts during the first week in April.

Overall, there were modest advances in the US-ASEAN relationship. There was progress in issue areas such as vaccine provision, climate change, and economic and security matters. The Biden administration leaders were measured but firm in their criticism of China’s expansionism in the South China Sea while their hosts in Singapore and Vietnam hosts demurred.

The American initiatives were overshadowed and undercut by the unexpected collapse of the US-backed Afghan government and resulting chaotic withdrawal of American and allied government citizens and many thousands of Afghans who worked with them.

China highlighted the US’s failure to support allies and partners, and to execute an effective withdrawal. Southeast Asia commentary also underscored the decline in US credibility and competence. The Biden administration began to recoup losses, with what developed as a remarkable airlift of tens of thousands from Kabul, though US relations with allies and partners remained on edge with continuing differences.

Thus, the best that can be said about the Austin, Blinken, and Harris efforts was that they staunched the pace of declining US influence in Southeast Asia.

Negative international reaction to American handling of the Afghan crisis remained in the global spotlight, including Southeast Asia. More important for US interests in Southeast Asia were domestic US constraints on implementing a policy toward Southeast Asia in line with contemporary US interests.

First, the Afghan crisis threatens the unity and coherence of the Biden team, raising questions over possible divisions on who should be held responsible for US failures. Criticism of the Biden administration comes from both sides of the aisle — Republican attacks on the government’s competence were accompanied by more measured criticism from Democrats.

With thin congressional majorities, such criticisms could easily lead to defections, threatening the president’s ambitious reform and spending measures. Adding to administration concerns were Covid-19 resurgence and an erratic economic recovery.

In sum, Biden and his team were preoccupied domestically and had little time left to advance relations with Southeast Asia in the face of a rising China.

The biggest domestic constraint on the US advancing relations with Southeast Asia may be the strong consensus in Washington to counter threatening challenges posed by China’s rise, notably in Southeast Asia and the South China Sea.

The above circumstances make it even less likely that the Biden government will undertake trade initiatives, like joining the Comprehensive and Progressive Agreement for Trans Pacific Partnership (CPTTP), which commentators in Southeast Asia and the US say is needed to provide an economic programme attractive to the region and competitive with China. Progressive Democrats as well as many pro-Trump Republicans strongly oppose such a move and the US government particularly needs Democratic votes on important programmes and reforms.

Progressive Democrats as well as many others in Congress also reinforce the administration’s continued strong emphasis on human rights and support for democracies abroad. This severely limits US flexibility in assisting ASEAN in negotiations with the Myanmar junta while Beijing has good relations with the junta and ASEAN, facilitating their communication to China’s advantage. The Biden administration’s support for a strong focus on human rights and democracy also alienates some regional governments which are more authoritarian than progressive.

The biggest domestic constraint on the US advancing relations with Southeast Asia may be the strong consensus in Washington to counter threatening challenges posed by China’s rise, notably in Southeast Asia and the South China Sea. That consensus shows no sign of softening as a result of the Afghan withdrawal. President Biden has publicly reinforced the judgment that the Afghan withdrawal was needed to muster forces to deal with China’s challenges. Unfortunately for US policy in Southeast Asia, such a tough policy toward China is anathema to Southeast Asian governments which lean toward China or straddle the fence between the two superpowers.

One only has to examine the actions of Vietnam, the country with the most to lose if China dominates Southeast Asia. Hanoi has doggedly refused to offend its bigger neighbour. Earlier this week, Hanoi allowed the Chinese ambassador to publicly meet the Vietnamese prime minister with a donation of vaccines, upstaging Harris who hours later began her visit and offered vaccines. For good measure, the Vietnamese prime minister repeated the official line that Vietnam ‘does not align itself with one country against another’.

For now, the Biden administration seems determined to continue advancing relations with Southeast Asia in areas those governments believe will not seriously upset Beijing. How such an approach supports the high priority of the US countering China’s challenges is hard to demonstrate and this policy approach will probably be hard to sustain.

The US is much more adamant in the face of South China Sea expansionism than other claimants. From one perspective, the Southeast Asian governments are "‘free riding", avoiding potential costs while letting the Americans bear the consequences of China’s retaliation.

One path for future US policy would involve the US turning away from Southeast Asia. Given that countering the challenge of China is one of Washington’s top priorities, it is likely that it would pursue a two-track strategy. The other three members of the Quad — Australia, Japan and India — are more willing to work constructively with the US in managing the threat posed by China. It would be no surprise that the US will focus more on these like-minded actors.

Related: Biden has not lived up his promises for Southeast Asia | US defence chief Lloyd Austin in Southeast Asia: Did the US strike the right notes? | US and Southeast Asia need to cultivate common interests and understanding | 'Mini' Shangri-La Dialogue: The US needs to provide tangible deliverables in Southeast Asia | China-US competition: Why small countries will not choose sides | A tall order: US policy effort in SEA amid rising Chinese influence