Top CCP officials from the Youth League faction such as Li Keqiang, Wang Yang, Hu Chunhua and Lu Hao will step down by the National People’s Congress in March 2023. This marks a huge setback for the Communist Youth League (CYL), which was once deemed a “cradle” for senior cadres. While the CYL’s vast membership is still an important source of CCP members, the future of its cadres is now on shaky grounds. Zaobao correspondent Yu Zeyuan tells us more. 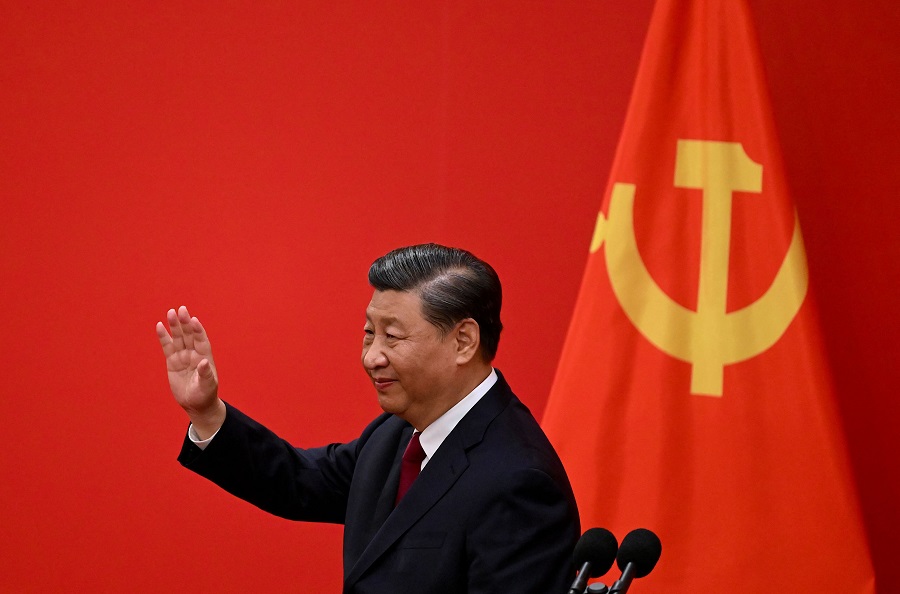 Grace Chong - 30 January 2023
Amid ongoing tensions, a high-level visit by US Secretary of State Antony Blinken to China in the coming week shows hope for improved relations between the two economic powerhouses. Zaobao correspondent Yu Zeyuan notes that while the meeting may not produce practical results, it is a much needed exchange to manage and control China-US relations from worsening.
Read more
Translated by Grace Chong on 24 October 2022

According to Chinese state media, 79-year-old former General Secretary of the Chinese Communist Party (CCP) Hu Jintao exited the CCP’s 20th Party Congress during its closing ceremony on 22 October because of health issues. But as he walked past Chinese Premier Li Keqiang, Hu patted Li’s shoulder as though to console him.

As a protégé of Hu Jintao’s Youth League faction in the 1980s, Li Keqiang’s political career is coming to an end. While he has not reached the customary retirement age, Li was not elected to the new Central Committee and will step down as China’s premier and officially retire after the National People’s Congress in March next year.

Chairman of the National Committee of the Chinese People’s Political Consultative Conference Wang Yang, who also belongs to the same Youth League faction, also failed to enter the new Central Committee and will be retiring at the same time. Meanwhile Vice Premier Hu Chunhua, former first secretary of the Communist Youth League (CYL) Central Committee Secretariat, will also step down and take a backseat as he was elected to the Central Committee but not the Politburo.

... the Youth League faction refers to officials who had served as secretary of the CYL Central Committee or leader of CYL provincial committees. These officials are familiar and in regular contact with one another, and likely to form some kind of alliance.

The CYL was always seen as the CCP’s “reserve force”. CYL organisations are distributed across various units and departments in China, and most CCP members had joined the CYL when they were young. However, officials who had served in the CYL or its other grassroots organisations do not necessarily belong to the Youth League faction. Strictly speaking, the Youth League faction refers to officials who had served as secretary of the CYL Central Committee or leader of CYL provincial committees. These officials are familiar and in regular contact with one another, and likely to form some kind of alliance.

Simply put, this is the first time in 40 years that the Youth League faction is “decimated” from the new Politburo.

Simply put, this is the first time in 40 years that the Youth League faction is “decimated” from the new Politburo.

After reform and opening up, the CCP cadre needed to be younger and more professional, and many officials in the CYL Central Committee and provincial committees met this requirement. Coupled with the attention given to the CYL cadres by reform camp leader Hu Yaobang, the Youth League faction started to gain prominence in the political scene, with senior officials and former CYL Central Committee leaders Hu Qili, Wang Zhaoguo and Hu Jintao becoming political stars of the 1980s.

In 1987, Hu Yaobang was forced to step down as general secretary for his failure in controlling “bourgeois liberalisation”, while prominent Youth League faction leader Wang Zhaoguo was moved from heading the Central Committee General Office to become Fujian governor. And after the 1989 Tiananmen incident, Hu Qili lost his position as successor — a clear setback for the faction.

The CYL Central Committee — a “cradle” for senior cadres — was accused of inaction and being far removed from reality, and the morale of the Youth League faction took a hit.

After the 16th Party Congress in 2002, Hu was elected Chinese president, while CYL cadres such as Li Keqiang, Li Yuanchao, Wang Yang and Hu Chunhua rose to prominence successively. Li Keqiang was once seen as Hu’s successor. Following the 17th Party Congress in 2007, the Youth League faction reached a high point, with the top positions in China’s provinces and local regions largely held by its members.

But after the 18th Party Congress in 2012, China’s power structure witnessed major changes. Chinese President Xi Jinping’s strong anti-corruption measures gave him an authority that exceeded his predecessors Jiang Zemin and Hu Jintao, and he gradually consolidated his power over the party, government and military, and gained his “core” position in 2016. The CYL Central Committee — a “cradle” for senior cadres — was accused of inaction and being far removed from reality, and the morale of the Youth League faction took a hit.

Adapting to a new era

Following the 19th Party Congress in 2017, Xi Jinping Thought on Socialism with Chinese Characteristics for the New Era became the guiding thought for the CCP, and the limit on presidential terms was removed from the constitution. Prominent members of the Youth League faction such as Li Keqiang and Wang Yang still held high positions, but their authority had shrunk significantly.

Now, there are hardly any traces left of the Youth League faction in the new Politburo, which is the result of having one position as the highest authority...

However, the absence of the Youth League faction from the Politburo does not mean that the CYL itself is no longer the reserve team for the CCP. In fact, the CYL’s vast membership is still an important source of CCP members. But adapting to the needs of the new era and shedding its image of being far removed from reality will be a key challenge for the key cadres of the Youth League faction.

This article was first published in Lianhe Zaobao as “团派退出新一届中央政治局”.