In the fight against the Covid-19 pandemic, various countries have extended support to nations in need, including those in Southeast Asia. There has been talk about possible shifts in the international balance of power. In terms of funding provisions to Southeast Asian countries at least, the pandemic does not seem to have made big dents to long-established patterns. The more established multilateral development banks — the World Bank and the Asian Development Bank — are still ahead of the Asian Infrastructure Investment Bank, but this could change in the near future with the latter stepping up its efforts in the region. 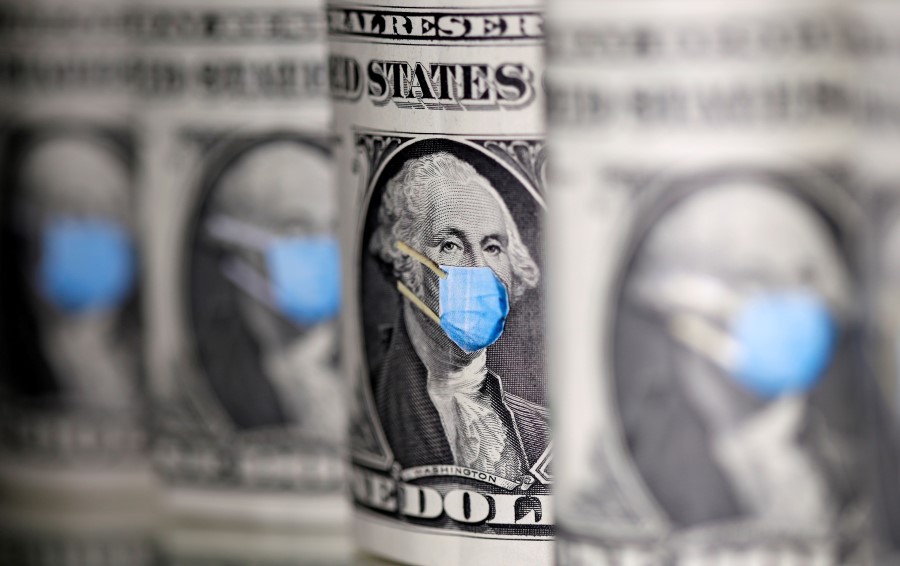 George Washington is seen with printed medical mask on the one Dollar banknotes in this illustration, 31 March 2020. (Dado Ruvic/REUTERS)

Candice Chan - 17 May 2021
The US embassy in China recently released an Public Annual Statement outlining the requirements for funding through its public diplomacy grants programme. As the activities it supports aim to spread American values and culture in China, Chinese commentators have aired criticisms that this is an insidious attempt to “recruit traitors” within China. Zaobao correspondent Yu Zeyuan considers the theories behind this idea.
Read more

Candice Chan - 17 May 2021
Economics professor Zhu Ying looks at the similarities and differences between NSC-68 targeting the Soviet Union during the Cold War period, and the recent Strategic Competition Act targeting China, which may soon pass into law. What can we infer about the current state of China-US relations?
Read more

Candice Chan - 17 May 2021
With growing competition and tension between China and the US, one region that China is looking to is Southeast Asia. Many major Chinese companies are expanding their operations into ASEAN countries, using them as manufacturing and assembly bases or springboards to the region. Zaobao's associate foreign news editor Sim Tze Wei examines the possibilities.
Read more

Candice Chan - 12 May 2021
With China's increasingly strong rhetoric on its core interests and its criticism of Japan's recent diplomatic moves, Japanese academic Tomoki Kamo takes stock of China-Japan relations and moves that Japan might make in its overall strategy.
Read more

Candice Chan - 11 May 2021
Every day, scores of young people from small cities or farming villages make their way to big cities to find work. Inhabiting the space between their old and new worlds, they find kinship and cultural affinity in online groups, forming subcultures that have emerged as alternatives to the mainstream. While this widens their network beyond their usual social circles, it has also spawned a form of online tribalism. How does this affect their worldviews and interactions online and offline? Wu Guo explores the topic.
Read more
Translated by Candice Chan on 20 May 2020

The World Bank and Asian Development Bank (ADB) have provided vital support for Southeast Asian states hit by the spread of Covid-19 from China to Southeast Asia. The Asian Infrastructure Investment Bank (AIIB), facing its first crisis, is starting to do the same.

Among the three main development banks, the loan and grant portfolios with respect to various Southeast Asian countries are quite different (see Table 1). As of 21 May, the China-led AIIB in Beijing had approved only one loan to Southeast Asian member states from its US$10 billion Covid-19 Crisis Recovery Facility, a US$750 million one to Indonesia in late May. China received the first loan from this Facility in early April. The Philippines is still awaiting approval for its proposed US$750 million loan.

The Japan-led ADB in Metro Manila has provided the largest amount of pandemic response funding, while the US-led World Bank in Washington, DC has assisted the largest number of Southeast Asian states responding to the current public health and economic crisis. The smaller AIIB has lent the least money, and to the fewest regional states.

The AIIB has been slow to assist Southeast Asian states in responding to the pandemic, but could establish a different, more prominent role in the region in response to this crisis.

This AIIB loan to Indonesia is the largest one it has approved for a Southeast Asian state and suggests a larger regional role for the bank than its pre-pandemic one. Between 2018 and the arrival of the virus in Southeast Asia, the AIIB played a much smaller role in the region than either the ADB or World Bank, as shown in Table 2. Over this period, The World Bank had extended 26 times more dollars in bilateral sovereign loans and grants to Southeast Asian member states than the AIIB. The ADB had extended 12 times more. The ADB also has approved many regional loans involving Southeast Asian states that have not been accounted for here.

The World Bank is the development bank of first resort for Southeast Asian states, while the ADB is the largest provider of crisis assistance to regional states. This was true before Covid-19 and remains so now. The role of the AIIB was comparatively much smaller before the pandemic hit. Approval of the Indonesian loan from the AIIB Covid-19 facility has reduced this gap as would approval of the proposed Philippine one. The AIIB has been slow to assist Southeast Asian states in responding to the pandemic, but could establish a different, more prominent role in the region in response to this crisis.

This article was first published as ISEAS Commentary 2020/64 "Covid-19 and the Development Banks: More of the Same" and updated for Think China on 21 May 2020 by Malcolm Cook.

Related: China's AIIB vs Japan's ADB: Which is more powerful? | Romance of the Three Kingdoms: US, China and Japan | Recent Chinese moves in the Natunas rile Indonesia | Unfavourable views: Southeast Asia's perceptions of China and the US worsen amid Covid-19 | ASEAN’s future: China or the US?

Economy
Southeast Asia: A hotspot for Chinese enterprises in the post-pandemic era?

With growing competition and tension between China and the US, one region that China is... With growing competition and tension between China and the US, one region that China is looking to is Southeast Asia....