China-US cooperation in the finance sector is making headway after the announcement of the recent signing of an audit oversight cooperation agreement. While the general public opinion in China bears optimism for this development, some are still wary of the risks to national security. Zaobao correspondent Yu Zeyuan looks into the implications of the agreement. 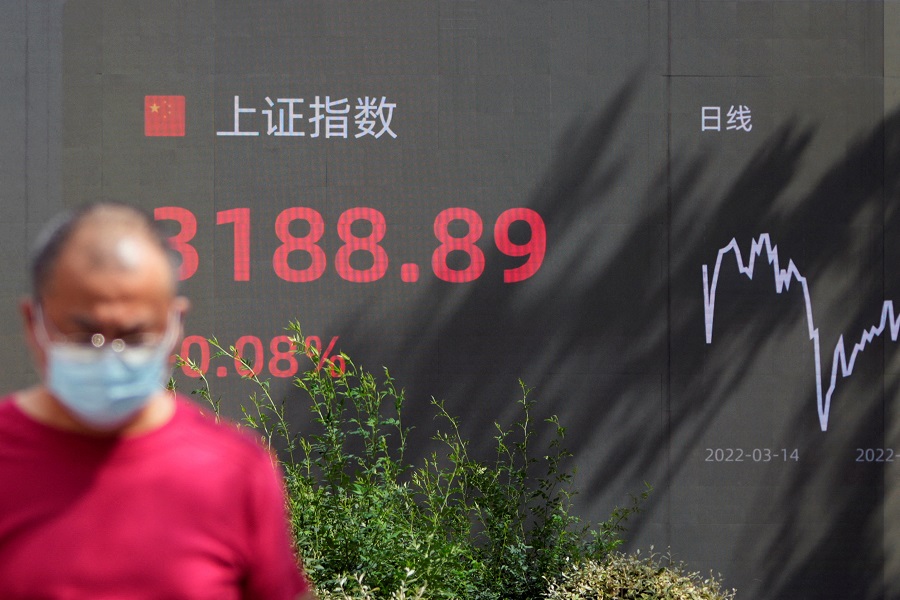 Grace Chong - 25 November 2022
China’s resurgence of Covid-19 infections has widened the gap between the young workers opposed to the tightening of controls, and the older generation that feel safer with strict measures in place. Given that the elderly make up a high proportion of the Chinese population, Chinese authorities seem to be holding fast to the dynamic-zero policy. Zaobao correspondent Wong Siew Fong tells us more.
Read more
Translated by Grace Chong on 30 August 2022

On 26 August, the China Securities Regulatory Commission (CSRC), China’s Ministry of Finance and the US’s Public Company Accounting Oversight Board (PCAOB) signed an audit oversight cooperation agreement, following which the PCAOB will visit China in mid-September to review the audit papers of US-listed Chinese firms.

In late 2020, the US passed the Holding Foreign Companies Accountable Act (HFCAA), which requires financial statements of public companies to be audited by a registered public accounting firm. If the PCAOB cannot conduct inspections of audits for three consecutive years, the enterprise will be forced to delist.

However, Chinese regulators believe that accepting inspections by the US would pose a national security risk as major state-owned enterprises (SOEs) and some private enterprises listed in the US hold large amounts of data that involve trade secrets and national security.

As China and the US were unable to reach a consensus on this issue, China concept stocks found it increasingly difficult to maintain their US listing. As of late July this year, the US Securities and Exchange Commission has already placed 159 Chinese concept stocks on the delisting watchlist under the HFCAA.

On 12 August, five major Chinese SOEs — China Life Insurance, Aluminium Corporation of China, PetroChina, Sinopec and Sinopec Shanghai Petrochemical Co., Ltd — announced plans to delist from the New York Stock Exchange, triggering fears of an intensifying China-US capital market competition. Amid the wave of China concept stock exits from US stock exchanges, there is the risk of an accelerated China-US decoupling in broader fields including finance.

The signing of the audit oversight cooperation agreement between China and the US on 26 August marks the first step in solving the long-running dispute over the auditing compliance of US-listed Chinese firms. The Chinese side explains that the agreement is “equally binding” on both sides, and that regulators from both countries can conduct inspections and investigations of relevant audit firms in the other’s jurisdiction in accordance to law.

In addition, the two sides will “communicate and coordinate in advance to plan for inspections and investigations”. The US will receive audit working papers and other materials that it needs to access from the Chinese side, which will also participate and assist in the interviews and testimonies of relevant personnel of audit firms requested by the US.

At the same time, the agreement also lays out “clear arrangements on the treatment and use of possible sensitive information during audit oversight cooperation”, such as procedures for processing personal information. This provides a feasible path for both sides to "discharge their regulatory mandates while protecting relevant information”.

Clearly, both China and the US are interpreting the agreement in a way that is most beneficial for themselves, which could lead to a war of words over the uncertainties in the implementation of the agreement.

The PCAOB also released an official statement stating that the agreement grants the PCAOB “sole discretion to select the firms, audit engagements and potential violations it inspects and investigates — without consultation with, nor input from, Chinese authorities”. They will also have “direct access to interview and take testimony” from all personnel associated with the audits it inspects or investigates. The PCAOB’s statement emphasises that “the real test will be whether the words agreed to on paper translate into complete access in practice”.

Clearly, both China and the US are interpreting the agreement in a way that is most beneficial for themselves, which could lead to a war of words over the uncertainties in the implementation of the agreement. Nonetheless, both sides have compromised and created apt conditions for China concept stocks to continue trading on the US stock market.

The US still has the upper hand

Based on the agreement, China and the US will adopt a cross-border approach on this issue, whereby the audit working papers of US-listed Chinese firms will be transferred to Hong Kong for review by the US side, as opposed to the US’s initial request for the materials to be sent to the US. Aside from the US-listed Chinese companies, Chinese audit firms will also be reviewed, which is tantamount to an investigation, in case of audit fraud.

... while China and the US may have signed the audit oversight cooperation agreement, this does not mean that the US wants to cooperate with China in the financial sector.

However, some Chinese still believe that China made a bigger concession as its national security is threatened and important data could be leaked so long as the US can freely review the audit work papers of China concept stocks.

Others believe that amid the broader competition between China and the US, the signing of the audit oversight cooperation agreement may just be a flash in the pan and cannot reverse deteriorating China-US relations. Besides, the US is still the hegemon of international finance — regardless of how the rules are set, it still has the upper hand.

Furthermore, while China and the US may have signed the audit oversight cooperation agreement, this does not mean that the US wants to cooperate with China in the financial sector. The fate of China concept stocks in the US is still up in the air.

But the Chinese public is generally optimistic about the development. A Global Times commentary said, “The responsibility and wisdom of the Chinese and US regulators are demonstrated by the fact that the two sides were able to negotiate and find a rational and pragmatic solution.” It also shows that both countries “can reach a solution that addresses each other’s concerns on some critical and sensitive issues”.

... standardised, transparent and legal audit inspections will not only help more companies to go global, they are also advantageous to the healthy development of the domestic securities market and to China’s continued reform and opening up.

Indeed, non-standard and non-transparent grey areas in the audit regulation of US-listed China concept stocks were prevalent in the past 20 years. They were negligible when China-US relations were generally friendly, but are now no longer tolerated following intensifying China-US rivalry in recent years.

Regulating the audit inspection of China concept stocks is beneficial for both China and the US. For China, standardised, transparent and legal audit inspections will not only help more companies to go global, they are also advantageous to the healthy development of the domestic securities market and to China’s continued reform and opening up.