The US government has seemingly pulled the rug from under the feet of SenseTime by putting it on a blacklist just a week before its planned IPO, effectively blocking US funding from the AI company. But while the official reason is human rights issues in Xinjiang, perhaps the real reason is the ongoing tech competition between the US and China. If so, it seems that the US has found another lever with which to pressure China — curtailing investment. 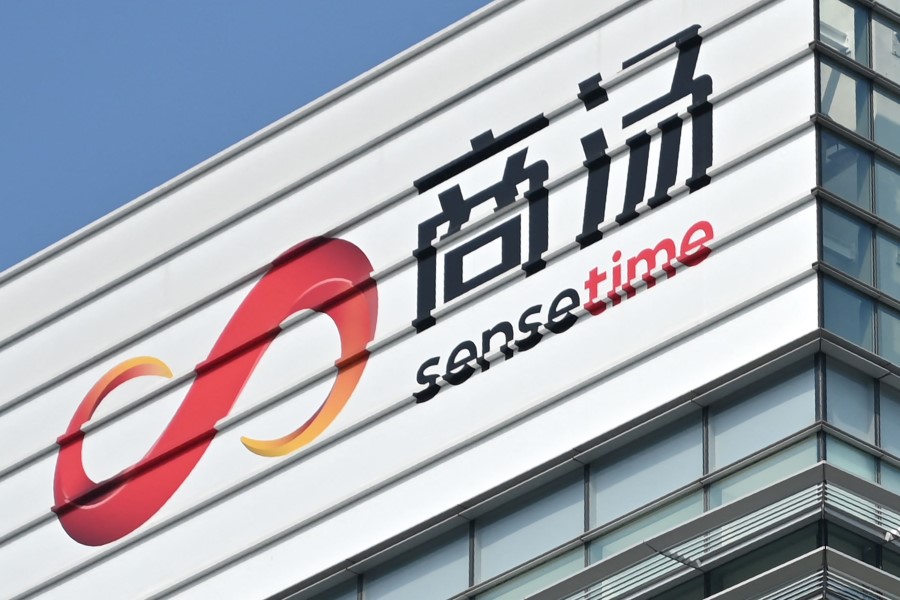 This general view shows the headquarters of SenseTime, a Chinese artificial intelligence company based in Hong Kong on 13 December 2021, after the company postponed a planned US$767 million initial public offering after it was blacklisted by the US over human rights concerns in Xinjiang. (Peter Parks/AFP)

Candice Chan - 25 January 2023
While the Americans have made noticeable progress in their “pivot” to Asia, the crux of successful regional engagement rests on Washington’s ability to work with and around China’s indisputable links and influence in this part of the world, while managing its own relationship with Beijing.
Read more
Translated by Candice Chan on 16 December 2021

This AI firm established in 2014 is one of the “four AI dragons”, along with Megvii, CloudWalk, and Yitu. SenseTime products are mostly used in smart cities, surveillance, and autonomous vehicles.

The hype on the capital market about SenseTime’s Hong Kong listing did not meet expectations; the number of applications was barely three times the number of shares offered, while the US$700 million (about S$960 million) financing amount was far from the expected US$1.5 to 2 billion initially.

However, as a unicorn in China’s AI sector, SenseTime would have been the first of the AI dragons to complete its listing, and its share prices would have been an indicator for future listings by AI companies, which is why the market is still paying attention.

SenseTime’s IPO started smoothly. In August, SenseTime submitted its prospectus to the Hong Kong Stock Exchange (HKEX), and on 22 November there was news that the listing was approved. The original plan was for SenseTime to announce the IPO price on 10 December — which was the day the US put SenseTime on its blacklist.

That day, the US Treasury announced human rights related sanctions on 25 individuals and entities from countries including China, Myanmar, Cambodia and others, with SenseTime added to a list of “Chinese military-industrial complex companies”.

US investors cannot invest in any company on the list, which is as good as blocking US investors from SenseTime just as it is at the last stage of getting listed.

The statement by the US Treasury said SenseTime has “developed facial recognition programs that can determine a target’s ethnicity, with a particular focus on identifying ethnic Uyghurs. When applying for patent applications, Shenzhen Sensetime Technology Co. Ltd. has highlighted its ability to identify Uyghurs wearing beards, sunglasses, and masks.”

This is not the first time SenseTime has been sanctioned by the US. In October 2019, during the Trump administration, the Department of Commerce included SenseTime in a list of Chinese AI companies that were banned from purchasing components from the US; however, at the time there was no obvious impact on SenseTime.

Being blacklisted so close to its listing is a precise hit on SenseTime. This set of sanctions is not a “toothless tiger” — US investors cannot invest in any company on the list, which is as good as blocking US investors from SenseTime just as it is at the last stage of getting listed.

SenseTime had 12 rounds of funding before it initiated its IPO. There have been US funding behind this tech company, including investors such as private equity firm Silver Lake Partners, investment company Fidelity, and tech company Qualcomm. For the US government to take action before SenseTime’s listing is definitely a drastic move.

On 11 December, SenseTime strongly objected to the US’s decision and accusations, pointing out that they were “unfounded and reflect a fundamental misunderstanding of our company”. The company also emphasised that the advancement of science and technology should not be affected by “geopolitical disputes”, but these comebacks could not salvage the fact that SenseTime’s IPO plans have been derailed. SenseTime announced in a statement on 13 December that it would postpone its global offering and listing, and refund all application monies without interest to applicants who had subscribed its shares in the offering process.

...it is certain that the revenue of many leading AI companies in China, including SenseTime, comes from providing the Chinese government with various kinds of solutions.

It is hard to tell if SenseTime really has a hand in facilitating“ human rights abuse and repression” as suggested by the US Treasury Department, but it is certain that the revenue of many leading AI companies in China, including SenseTime, comes from providing the Chinese government with various kinds of solutions. In short, these companies work for the government. Because of its close relations with the government, besides the fact that it deals with cutting-edge technology, SenseTime became an easy target of attacks. The postponement of SenseTime’s IPO also shows that Washington really hit it where it hurts most.

Where human rights advocacy and a tech war intersect

While the US appeared to attack SenseTime for human rights issues in Xinjiang, the primary reason is probably linked to intense China-US competition in terms of the ongoing tech war.

Since the Donald Trump era, the US has been increasingly wary of China in the science and technology field. Over the past few years, Washington has sanctioned Chinese tech companies from time to time due to national security and Xinjiang human rights issues, by way of restricting technology exports and breaking supply chains. The fact that the current Joe Biden administration has sanctioned SenseTime shows that the US has no intention of letting up and that the tech war is very much on. Furthermore, it also shows that Washington has a new tool to deal with Chinese tech companies: curtailing financial investment.

China-US relations are getting from bad to worse, and the risk of decoupling has also spread from the technology sector to the financial sector.

The US’s precise hit on SenseTime also rings alarm bells for other Chinese tech enterprises. In addition to facing shortages in core technologies such as chips, Chinese tech companies now face new challenges in terms of financing. If they are too dependent on American capital, they could suffer the same fate as SenseTime.

More worryingly, from technology restrictions to the curtailment of investment, China-US relations are getting from bad to worse, and the risk of decoupling has also spread from the technology sector to the financial sector.

As the US adds more Chinese enterprises to its sanction list, Beijing is also putting more restrictions in place for Chinese enterprises seeking American investments. For example, there is news that Chinese ride-hailing giant Didi, whose apps were removed from China’s app stores shortly after its US listing a few months ago, could be delisting from the New York Stock Exchange. Amid recent news of the accelerated return of Chinese concept stocks to China, people are worried if Chinese concept stocks will eventually pull out completely from Wall Street.

A financial decoupling seems a far-fetched idea with the globalisation of capital; but looking at the current situation, it seems like it is already happening.

Related: Ride-hailing giant Didi slapped with Chinese cybersecurity review days after IPO | If not the US, can the Chinese government provide better IPO choices for internet companies? | Lenovo's IPO withdrawal: Why Lenovo is no longer the golden boy of the Chinese tech industry | Will China concept stocks pull out of the US completely? | HK Stock Exchange to benefit from returning US-listed Chinese firms | Blacklisted and fined: The end of Chinese tech companies' heyday?