Australia, the US and the UK recently launched the enhanced trilateral security partnership “AUKUS”. American academic Zhu Zhiqun believes that AUKUS is divisive and serves the interests of the US military-industrial complex. It has also raised the stakes in China’s threat perceptions, given the unspoken target of the grouping. And now that Australia has picked a side, how will power dynamics play out in the Indo-Pacific region? Will China also seek alliances to strengthen itself? 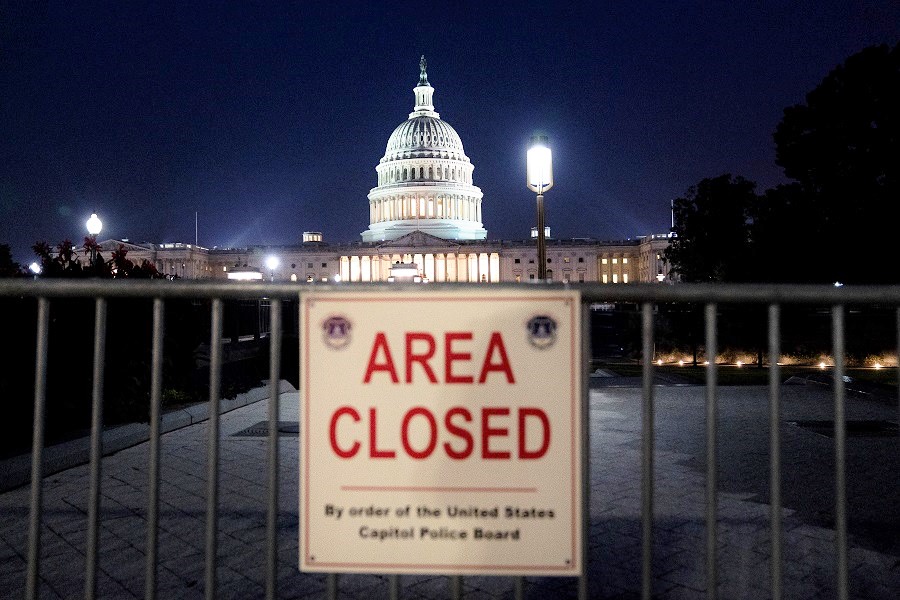 A police barricade is seen in front of the US Capitol in Washington, DC, US, on 14 September 2021. (Stefani Reynolds/Bloomberg)

Grace Chong - 30 January 2023
Amid ongoing tensions, a high-level visit by US Secretary of State Antony Blinken to China in the coming week shows hope for improved relations between the two economic powerhouses. Zaobao correspondent Yu Zeyuan notes that while the meeting may not produce practical results, it is a much needed exchange to manage and control China-US relations from worsening.
Read more
Translated by Grace Chong on 22 September 2021

The sudden announcement on 15 September 2021 of the formation of AUKUS — a security pact between Australia, the UK, and the US — caught everyone off guard. Among the most vehement and vocal critics is France, the oldest US ally. The French government has not only publicly condemned the pact as “a stab in the back” but also recalled its ambassadors in Washington and Canberra, in an unprecedented and extraordinary move between allies in modern diplomacy.

Much will be written about AUKUS — its origin, motivations, objectives, and immediate and long-term impacts as more information becomes available. Here is an initial analysis of AUKUS’s geopolitical implications.

Promoting division on the Western front

First, AUKUS has created a crack in the Western alliance headed by the US. In particular, France was outraged and EU leaders were disappointed that they were not consulted in advance of this major initiative. At a time when transatlantic relations need repairing after four tumultuous Trump years, this is the worst thing that could have happened.

The secretly negotiated deal angered France, which had signed a contract with Australia in August 2016 worth A$90 billion (roughly US$66 billion) for a dozen French-built conventional diesel-electric submarines. For France, what is lost here is not just money but trust between allies. France immediately scrapped the “240th Anniversary of the Battle of the Capes” at the French embassy in Washington and aboard a French frigate in Baltimore to celebrate the French Navy's aid to America's fight for independence in 1781. It also cancelled a scheduled meeting of French and British defence ministers.

France is not the only US ally being left out of this new defence partnership in the Indo-Pacific. New Zealand, not informed of the pact in advance either, has a longstanding nuclear-free policy and immediately distanced itself from AUKUS. “New Zealand’s position in relation to the prohibition of nuclear-powered vessels in our waters remains unchanged,” Prime Minister Jacinda Ardern said after the AUKUS announcement. Another security agreement, the Australia-New Zealand-US alliance (ANZUS), had broken down in 1986 due to New Zealand’s refusal to allow US nuclear-powered submarines to visit its ports. AUKUS will further separate New Zealand from the US and Australia on the nuclear issue.

AUKUS replaced the French diesel-electric submarines with the America-built nuclear-powered ones worth US$100 billion. Defence contractors in the three AUKUS countries are probably celebrating the new lucrative deal now.

With elections ongoing or coming up soon, other major US allies including Germany, Canada, Japan, and South Korea are preoccupied with domestic affairs and are still trying to figure out why they were kept in the dark.

Second, it is clear that foreign policies of major powers, particularly the US, are driven by the military-industrial complex. AUKUS replaced the French diesel-electric submarines with the America-built nuclear-powered ones worth US$100 billion. Defence contractors in the three AUKUS countries are probably celebrating the new lucrative deal now.

The military-industrial complex is often used in reference to close links between defence contractors, the Pentagon and politicians in US politics. The term gained popularity after a warning of its detrimental effects in the farewell address of President Dwight D. Eisenhower on 17 January 1961. Today, it seems that US foreign policy continues to be hijacked by the powerful military-industrial complex, which tends to exaggerate military and security threats the US faces.

American political leaders have downplayed the real, most pressing threats to Americans and the global community, which include the still-raging Covid-19 pandemic and the worsening climate change. Skyrocketing Covid cases in the US, which lead to nearly 2000 deaths each day now, do not seem to be alarming enough for some American politicians and arms dealers. The AUKUS decision will satisfy certain constituencies in the US, as in Australia and the UK, at the expense of larger public interests.

Australia will be perceived by China as the most audacious nation to publicly pick a side in the current US-China rivalry, and China-Australia relations which have worsened in recent years are likely to further deteriorate.

Third, AUKUS risks dividing the world, especially the Indo-Pacific region, and puts US allies and partners in an awkward position of having to pick a side in the intensifying US-China rivalry.

The US has leveraged existing groupings like the Five Eyes alliance and formed various new multilateral groups from the Quad to AUKUS to counter China’s growing power and assertiveness. Australia is the only US ally in all these groups, which will have profound consequences on Australia’s foreign relations. Until recently, Australia, like other US allies, has attempted to keep a balanced approach towards the US, its security ally, and China, its largest trading partner. AUKUS marks the end of Australia’s decades-long balancing act between the two great powers. Australia will be perceived by China as the most audacious nation to publicly pick a side in the current US-China rivalry, and China-Australia relations which have worsened in recent years are likely to further deteriorate.

The new trilateral security coalition is said to be addressing key areas such as cyber warfare, quantum technologies, underwater capabilities, and long-range strike capabilities in addition to the nuclear component. However, most analysts would agree that the real target is China. AUKUS has met with scepticism and questions in Asia. Among others, Indonesia and Malaysia have expressed concerns that the new security pact could provoke a nuclear arms race in the Indo-Pacific region.

UN Secretary General António Guterres captures the essence of the issue succinctly: the US-Britain deal to give Australia nuclear-powered submarines so it could operate undetected in Asia “is just one small piece of a more complex puzzle… this completely dysfunctional relationship between China and the United States.”

Now it will become even more difficult for the international community to try to denuclearise North Korea and Iran, and China is likely less willing to work with the US in this regard.

Fourth, AUKUS is a setback for global efforts to prevent nuclear proliferation. With Australia’s acquisition of nuclear-powered submarines soon, the South Pacific region will no longer be nuclear-free. Now it will become even more difficult for the international community to try to denuclearise North Korea and Iran, and China is likely less willing to work with the US in this regard.

Days before AUKUS was announced, President Joe Biden had a 90-minute phone conversation with President Xi Jinping. Both leaders vowed to manage the inevitable competition between the two countries so as to prevent it from veering into conflict. This encouraging momentum for improving relations will be hard to maintain now. One wonders whether there is any trust remaining between the two great powers.

One move China is likely to take is to form an even stronger partnership with Russia, another great power having strained relations with the West.

Differences between the US and China must be resolved by themselves peacefully. As the US forms one security group after another to check China, it is naïve to expect China to stay put. One move China is likely to take is to form an even stronger partnership with Russia, another great power having strained relations with the West.

UN Secretary General Guterres has urged China and the US to repair their dysfunctional relationship before problems between them spill over into the rest of the world and lead to a new Cold War. Indeed, it is time for unity, not further division when the international community is facing some of the most daunting common challenges. Are leaders in Washington, Canberra, London, Beijing, and elsewhere listening?

Related: Chinese academic: China will pay the price for underestimating the US | Serious consequences if Washington allows renaming of Taiwan’s US office | Tianjin meeting: China-US relations enter 'break-in period' | Washington threatening Portugal to choose between China and the US? | Chinese academic: It’s time to make the US safe for the world